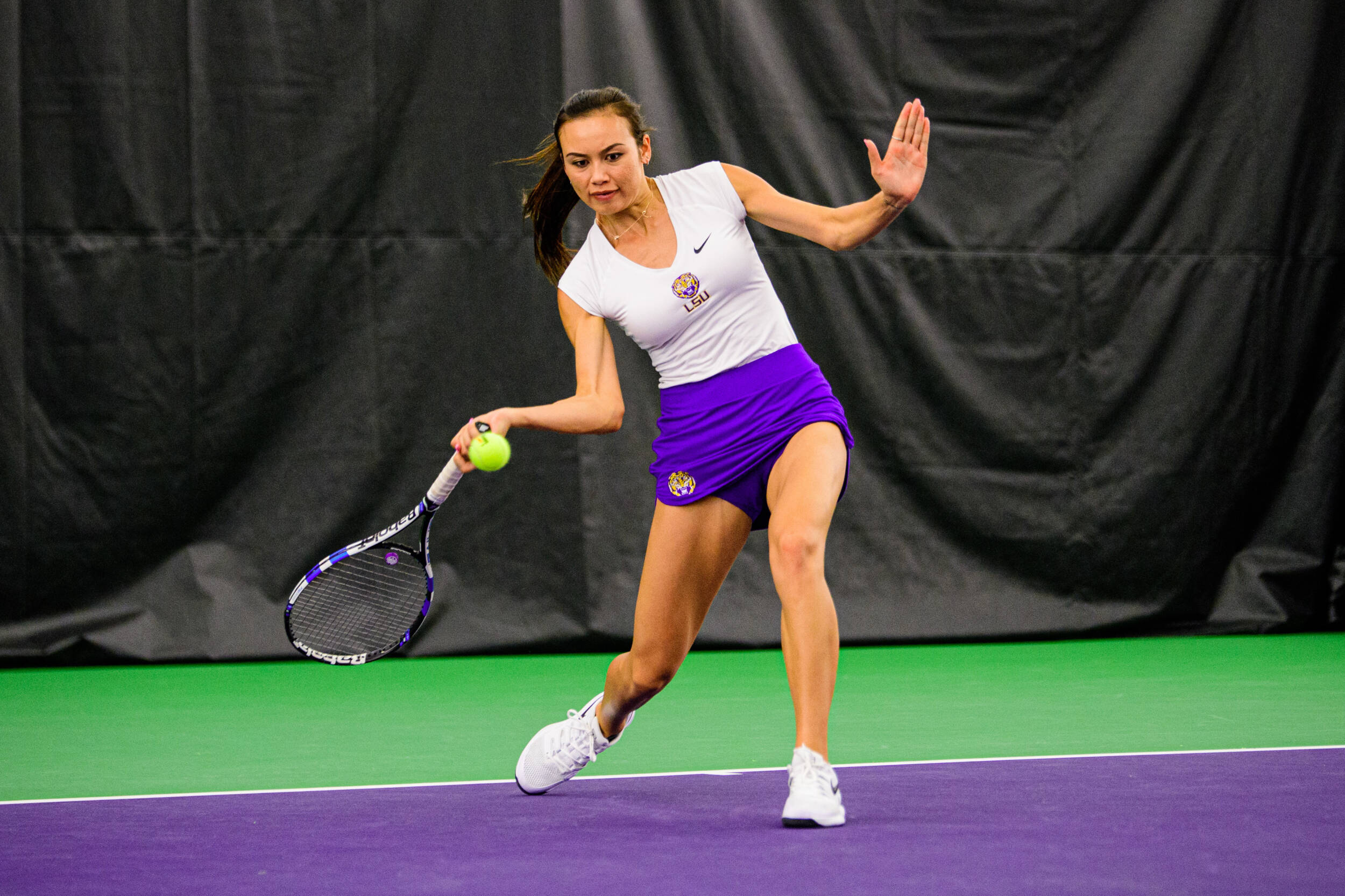 Doubles Results
Mhai Sawangkaew and Martina Zerulo struck first for the Cowgirls as they defeat juniors Maggie Cubitt and Nina Geissler by a score of 6-3 at the No. 1 doubles.

The doubles point was clinched at the No. 3 as Ayumi Miyamoto and Sofia Rojas narrowly edged junior Safiya Carrington and freshman Rania Azziz in a back-and-forth contest that ended in a 6-4 scoreline.

Singles Results
Due to injuries, LSU forfeited the No. 6 singles spot to Dariya Detkovskaya and gave the Cowgirls a 2-0 lead to start singles play.

Oklahoma State took a 3-0 lead after Rojas edged Azziz at the No. 5. Rojas claimed the first set by a score of 6-3 before Azziz responded with a strong showing in the second set that saw the two go to a tiebreaker. The tiebreaker saw the players swap points all the way to 7-7, where Rojas was able to win two straight points and get the 9-7 win.

The match was clinched at the No. 2, where Zerulo defeated graduate student Taylor Bridges. Zerulo won the first set by a margin of 6-2 and carried momentum into the second, where she hit the ground running with an early lead and was able to hold off a late charge from Bridges to win 6-4.

Up Next
The Tigers will host their first home match of the season at the LSU Tennis Complex at 5 p.m. CT on Thursday, February 10 against the TCU Horned Frogs,