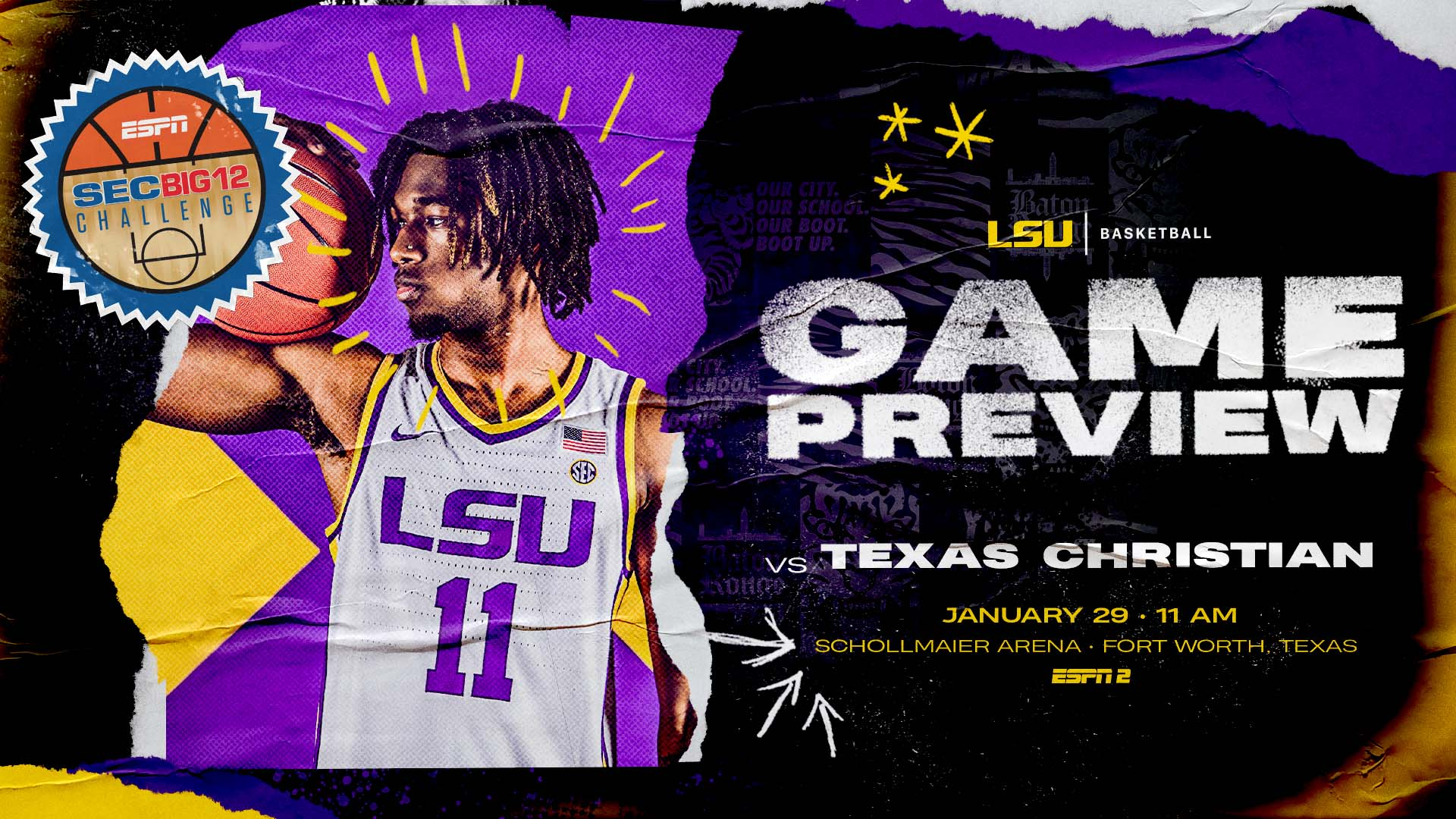 BATON ROUGE – The No. 18/19 LSU men’s basketball team, off one of its more important wins of the season on Wednesday night, steps out-of-conference Saturday morning to face TCU in Fort Worth in the opening game of the Big 12/SEC Challenge.

The teams meet at Schollmaier Arena at 11 a.m. Saturday on ESPN2 with Chuckie Kempf and King McClure on the call. The Voice of the Tigers Chris Blair and former head coach John Brady will have the call on the affiliates of the LSU Sports Radio Network led by Guaranty Media flagship Eagle 98.1 FM in Baton Rouge.

This will be the first time LSU and TCU have met since 1986 when in the preseason NIT, TCU defeated the Tigers in the opening round. The teams have played four times with LSU winning three. The last time LSU played at TCU was in 1960.

Both Darius Days and Xavier Pinson remain a game-time decision as to whether they will dress and see any action in the game in Fort Worth. Tari Eason, who missed much of the second half battling leg cramping issues is expected to be probable for the game.

Brandon Murray led LSU with a season high of 21 points in the win over Texas A&M, while Eric Gaines had a strong game in several categories including scoring 16 points. Eason had 14 points and nine boards before having to leave the game for good.

The other games in the Challenge this year are as follows:

The Tigers return home for a Tuesday night contest at 8 p.m. against Ole Miss in the Maravich Assembly Center. Tickets are available at LSUTix.net.