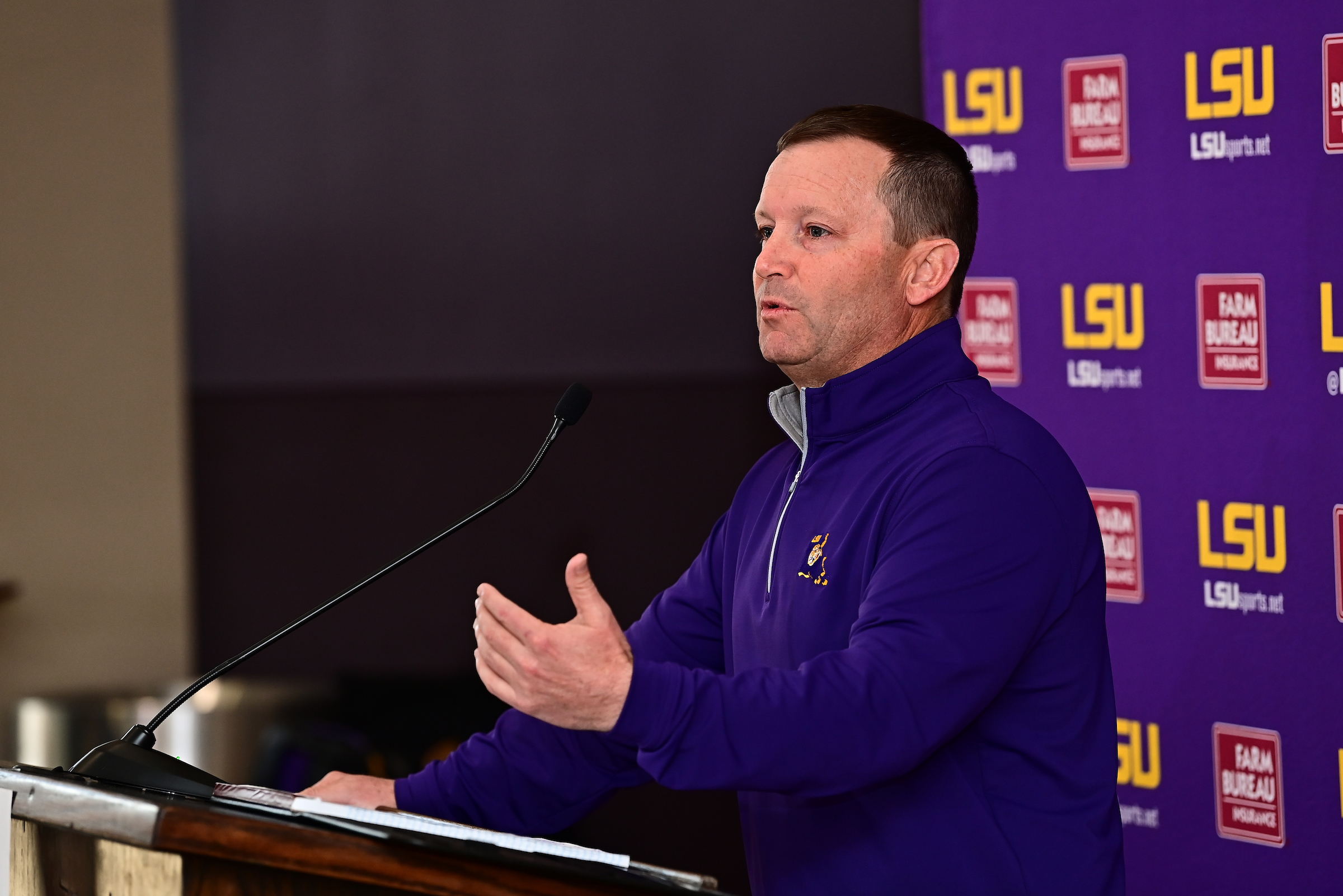 LSU, ranked No. 3 in the Collegiate Baseball newspaper preseason poll, opens the season at 6:30 p.m. CT on Friday, February 18, when the Tigers play host to Maine in Alex Box Stadium, Skip Bertman Field.

LSU returns nine position players with starting experience and 10 pitchers who recorded innings last season. The roster also features several talented transfers who are capable of making an immediate impact, along with a highly-touted class of true freshmen.

Jay Johnson is in his first season as LSU’s head coach after directing Arizona to the College World Series in two of the past five seasons. He addressed the assembled media Friday in the Champions Club of Alex Box Stadium and outlined his formula for preseason training.

“The next three weeks are my favorite time of the year,” Johnson said. “I think it’s when we can make the most impact on improvement as coaches. There are a couple things we need to do – we need to get prepared and continue to improve. That will be the task at hand right now and then get to know our personnel a little bit further because with the competition right around the corner, we want to be at a good starting point and put ourselves in position to have success with the right pieces in place.”

Other players with starting experience include outfielder Brody Drost, infielders Collier Cranford and Will Safford, and catcher Hayden Travinski.

Infielder Jack Merrifield is an accomplished transfer from LSU-Eunice, and a group of skilled true freshmen features outfielders Josh Pearson and Josh Stevenson, and infielders Luke Leto and Brennan Holt.

“What I would say has been the best positive so far is the buy-in of the players in terms of what we’re trying to accomplish and their mindset, improvement and development of the group,” Johnson said. “We’ve had zero resistance on any of that, so I think that’s helped us to be productive and the expectation will be that they continue in that frame of mind and in that positive attitude so we can continue making really good strides.”

Right-hander Eric Reyzelman, a transfer from the University of San Francisco, is expected to impact the staff, as are a pair of transfers from Arizona – right-hander Bryce Collins and left-hander Riley Cooper.

“Right now, there’s obviously a lot of excitement about the season, and naturally so,” Johnson said. “I think we’ll focus on the self-discipline for the players to stay focused on the task at hand and not complicate anything. Right now ,that’s still about improving and preparing. For us, the next three weeks will go by fast, but we’re going to have to stay committed to those things so that we can put ourselves in the best position to be successful.”