NCAA Projects LSU Women’s Basketball as a No. 3 Seed 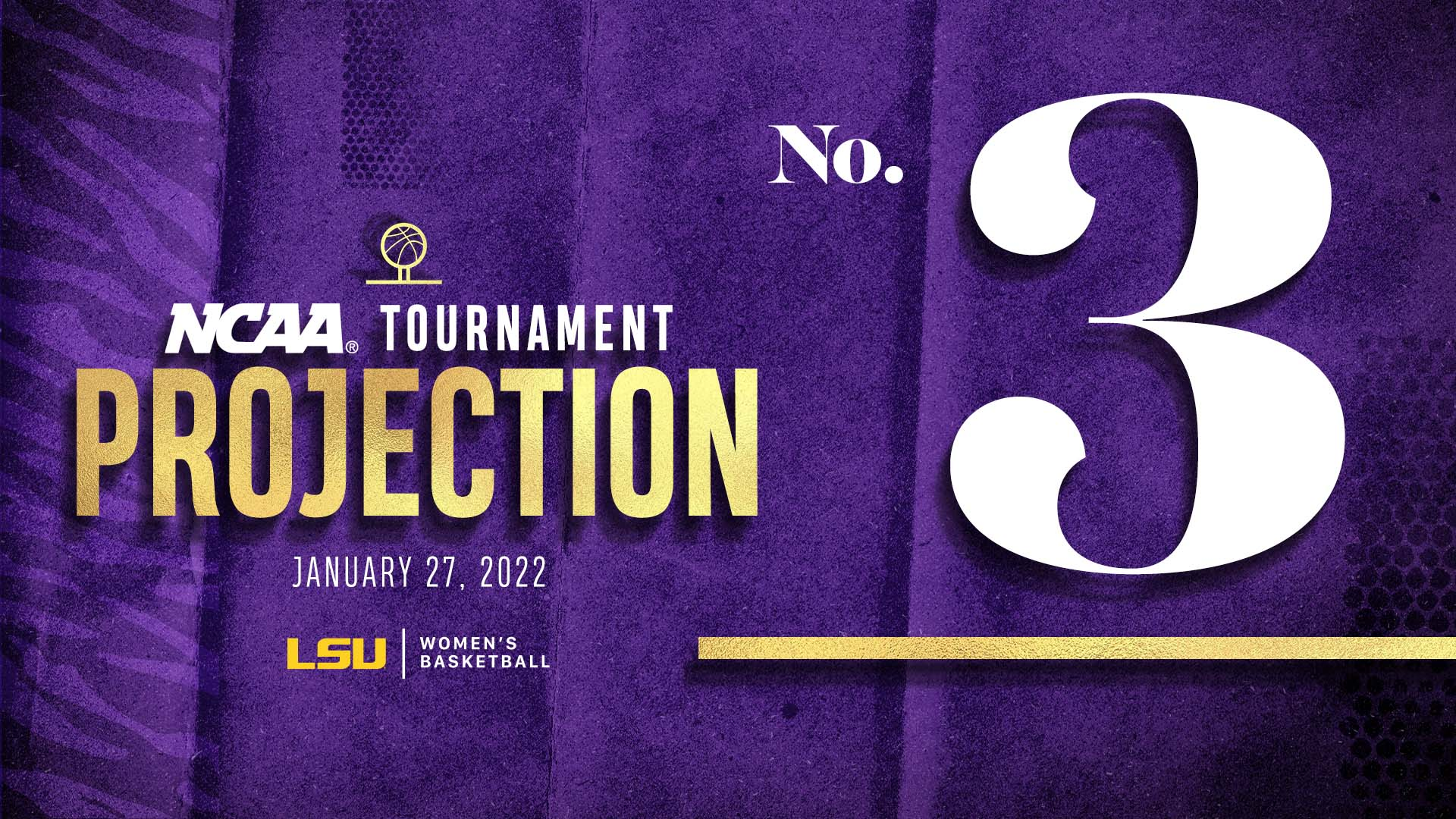 The NCAA Selection Committee announced on ESPN Thursday evening that the LSU Women’s Basketball team is projected to be a No. 3 seed – the No. 12 overall seed – in this year’s NCAA Tournament which would mean LSU would host the first and second rounds in the PMAC.

This is the first of three mid-season projections the NCAA Selection Committee, announcing the tournament’s top 16 seeds that will host, before the final field of 68 teams is announced on during the selection show on Sunday, March 13 at 7 p.m. CT on ESPN. The two additional top 16 reveals this season will take place during halftime of No. 1 South Carolina vs. Kentucky on February 10, at 6 p.m., on ESPN and of No. 11 Baylor at No. 13 Iowa State on February 28, at 6 p.m., on ESPN2.

“Even though we are 46 days from Selection Sunday, this first reveal allowed the committee to dig into the games played to date and not only helped to identify those teams that were in the top 16 but also those teams to watch closely as the season progresses,” said Nina King, vice president, director of athletics at Duke and chair of the Division I Women’s Basketball Committee. “We will continue watching hundreds of games over the coming weeks as we ready for selections in early March.”

In Head Coach Kim Mulkey’s first season leading the Tigers, LSU is at 17-3 and is off to its best start in 15 years. The Tigers boast the top scoring offense in the SEC and have been ranked for eight consecutive weeks.

LSU is gearing up to face Arkansas in Bud Walton Arena at 7:30 p.m. CT Thursday night on the SEC Network in a game that marks the halfway point of the Tigers’ conference schedule. The Tigers will return to the PMAC on Sunday to host Kentucky at 1 p.m. CT on the SEC Network.