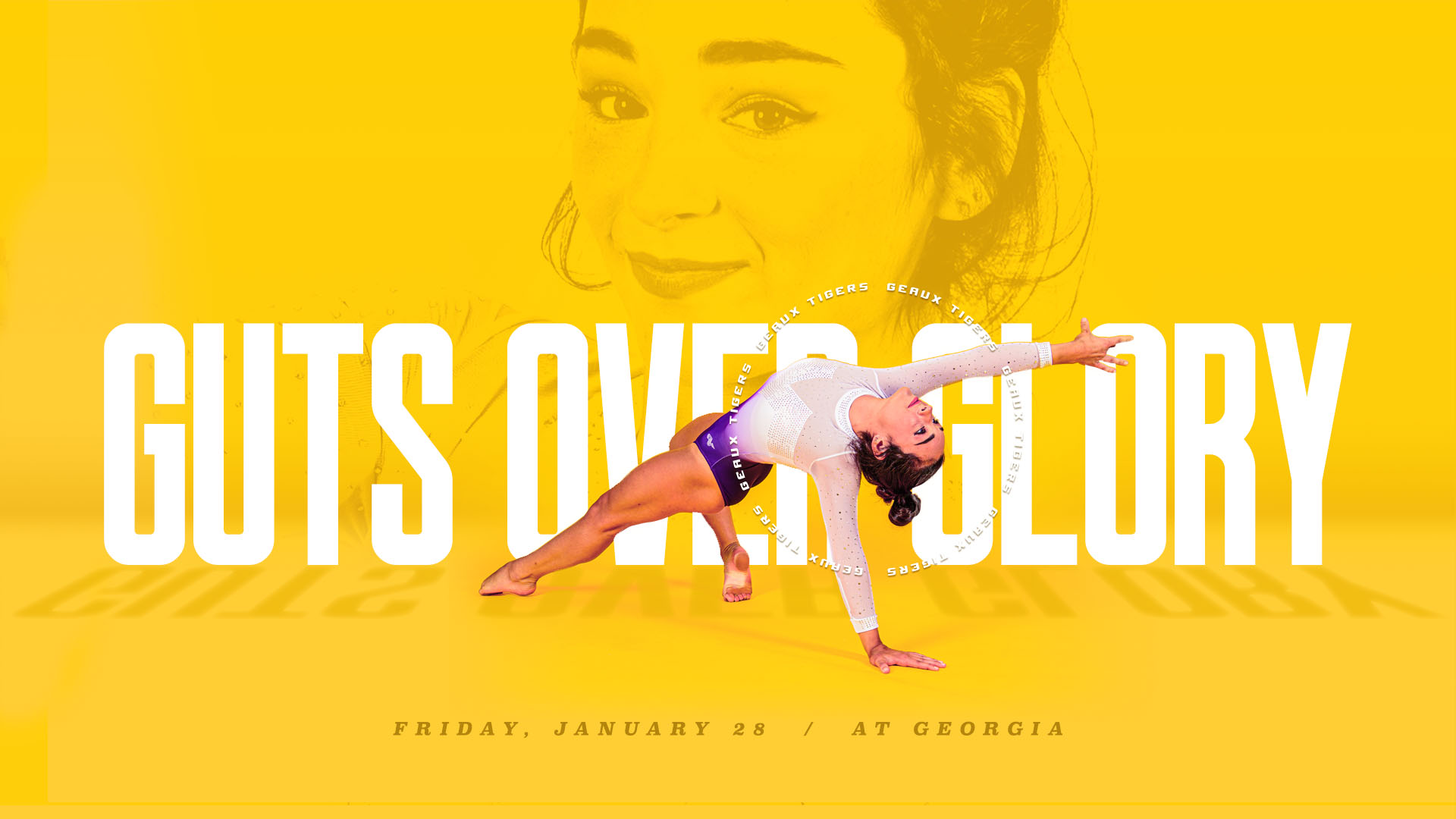 ATHENS, Ga. – The sixth-ranked LSU Gymnastics team (1-0) returns to competition after a two-week break due to meet postponements against No. 36 Georgia (0-2, 0-1 SEC) at 6 p.m. CT Friday inside Stegeman Coliseum.

The Tigers and Bulldogs will face off on the SEC Network to kick off Friday Night Heights. Steve Schlanger and Ashley Miles will call the meet for the Network from home.

“We are just really ready and excited to get back and compete again,” LSU gymnastics head coach Jay Clark said. “The last two weeks have been somewhat of a rollercoaster with the postponements.. I like where this team is at, and we have been able to use the time off to get healthy. We expect nearly everyone back and even some new gymnasts in the lineup on Friday night.”

LSU is expected to have both Sami Durante and Haleigh Bryant back in the lineup after suffering injuries in the opener. Bryant will be limited to vault and bars but could possibly return to the all-around next week against Auburn. Freshman Aleah Finnegan is also expected to make her debut for the Tigers.

Against Centenary, LSU got out to a strong start with a 49.400 and 49.500 on vault and bars respectively. Those scores still rank as the second-highest vault and best bars score in the nation.

In her first meet for the Tigers, freshman KJ Johnson made quite the impression. She scored a 9.90 on both vault and floor and was named the SEC Freshman of the Week.

A Series Look
Georgia owns the all-time series over LSU with a record of 71-39-2 and 22-6 record in Athens. The Tigers have won 15 straight over the Bulldogs since 2016 and won the last two regular-season meets in Athens. In 2018, LSU won its first regular season meet in Athens since 1983.