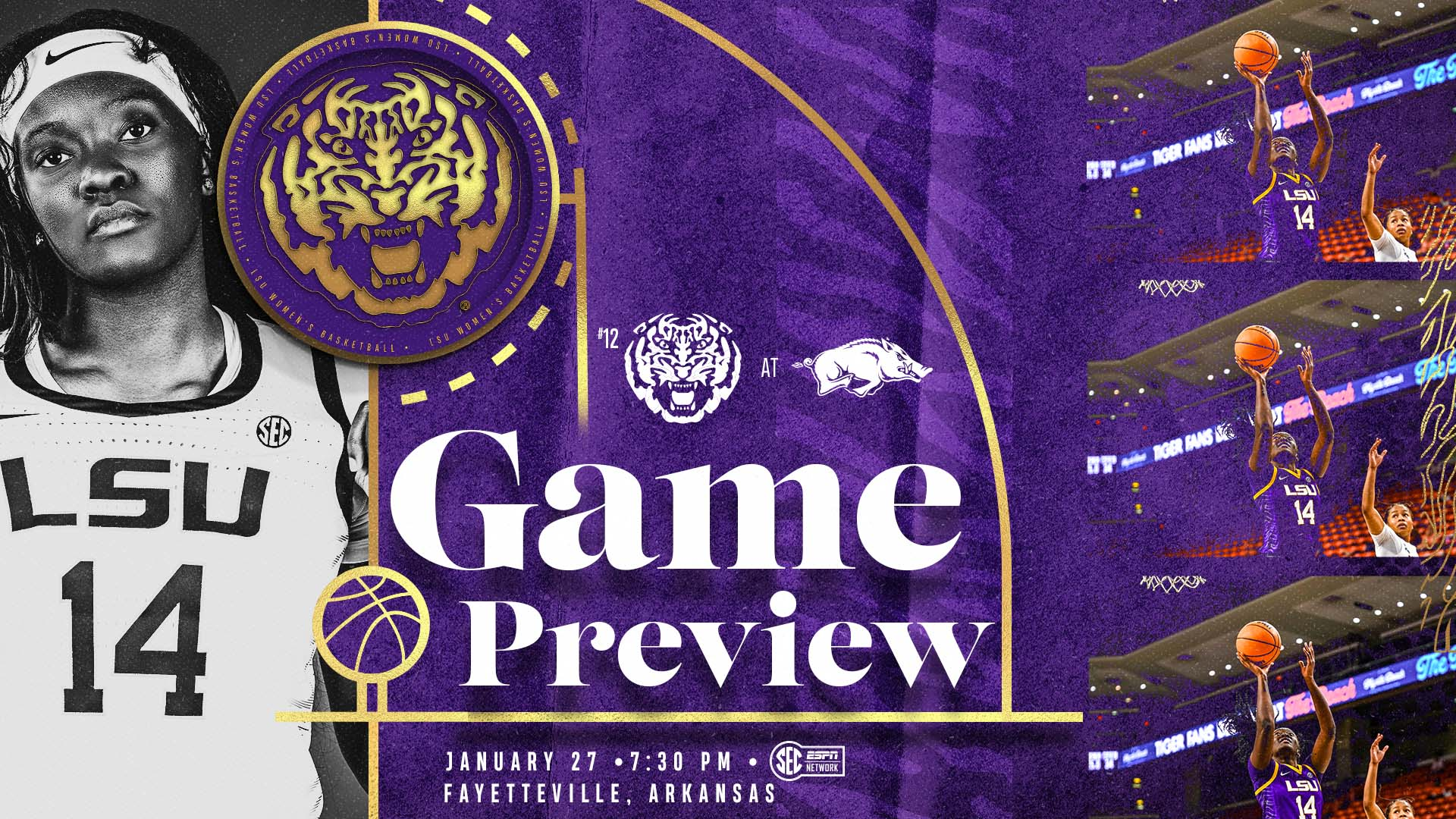 “They live by threes, layups and free throws,” said Head Coach Kim Mulkey. “It is an extremely difficult matchup for our bigs.”

The Tigers are looking to rebound after falling by one point on Sunday at Florida. Khayla Pointer had 35 points, becoming the first LSU player since Seimone Augustus in 2006 (also in a one-point loss at Florida) to drop 35 points.

Thursday’s game, which will mark the halfway point of the SEC schedule for LSU, will be televised on the SEC Network with Courtney Lyle and Christy Thomaskutty. The Tigers will finish with six of its final nine SEC games being televised, including the next four games on the SEC Network. Fans can also listen to Thursday’s game on the LSU Sports Radio Network, 107.3 FM in Baton Rouge, with Patrick Wright and Jeff Palermo.

Pointer was the only player to finish in double figures on Sunday in Gainesville for the Tigers, just the second time this season that LSU has failed to have multiple players score double digits. LSU entered the Florida game with an unbeaten record when holding opponents below 39.9-percent shooting, but the Gators shot just 37.5-percent on Sunday to defeat LSU.

The Tigers turned the ball over 19 times at Florida which is something Coach Mulkey has stressed can’t take place, especially while on the road. That has not typically been a problem for the Tigers who have a top-5 turnover margin and assist/turnover ratio in the conference.

“There’s nothing to change; It’s not broken,” said Coach Mulkey. “We’re 17-3. We had a chance to win a game on the road in a very hard-fought game against a talented team that’s playing its best basketball.”

Pointer is just five rebounds shy of becoming the first player in LSU history with 1,500 points, 500 assists and 500 rebounds.

Arkansas will be another difficult road conference matchup for LSU as the Razorbacks’ offensive scheme presents potential mismatches for LSU’s bigs. Arkansas takes nearly half of its shots from beyond the three-point line and the Razorback make 34-percent of their attempted threes (No. 3 in the SEC). They make over 9 three-pointers per game, and they attempt close to 30 every game. Arkansas likes to shoot early in the shot clock and also use dribble penetration to score 76.05 points per game, right behind LSU’s SEC leading 76.4 points per game.

“We’ll try to be who we are and guard them,” Coach Mulkey said. “If it doesn’t work then we’ll make adjustments.

“They’ve got to guard us too.”

The Razorbacks get production from all over the court with five players averaging double figures. Makayla Daniels scores 14.7 points per game, Amber Ramirez scores 13.1, Sasha Goforth averages 11.6 and both Samara Spencer and Erynn Barnum are at 10.2 points per game.