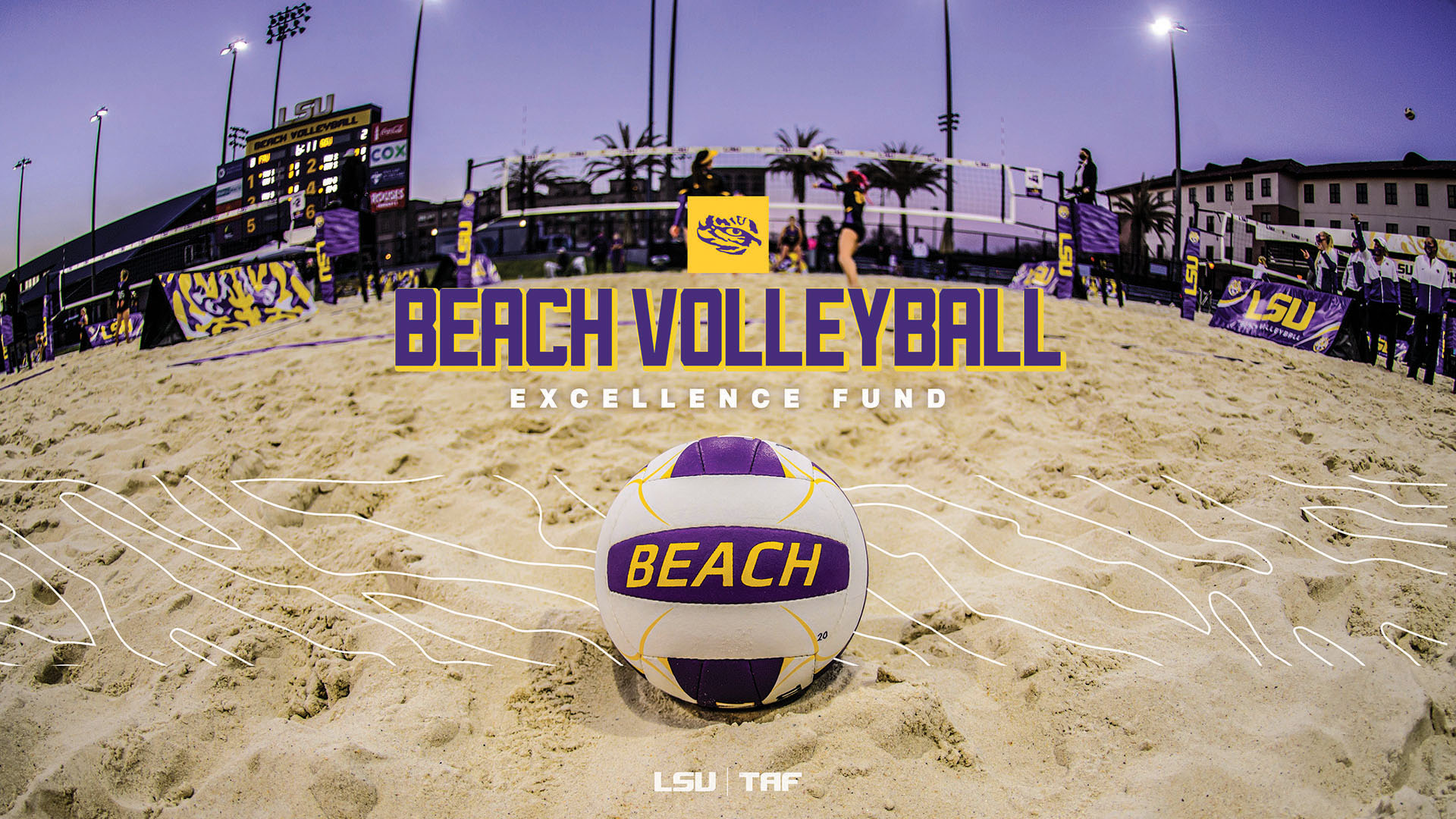 BATON ROUGE – In conjunction with TAF on Monday, LSU announced the creation of the Beach Volleyball Excellence Fund that is designed for the Tigers to continue to grow to new heights, building its nationally prominent program even further.

Donations will be used to increase the efficiency of all parts of the program, to enhance the atmosphere at LSU Beach Volleyball Stadium – the premier college beach volleyball venue – and to provide the best possible experience for the student-athletes. The LSU Beach Volleyball program is committed to competing at a high level on and off the court.

“There is no way that we could express our gratitude for how TAF Giving has impacted our development,” said Head Coach Russell Brock. “It is clear that much of the success of our young program is due to the stadium we train and compete in and the facilities we have the privilege to use, all of which TAF donations provided.  We couldn’t be more excited to envision how the addition of the Beach Volleyball Excellence Fund will allow us to continue to impact our student-athletes in a powerfully positive way.”

LSU Beach Volleyball is known and respected for its hard work and success on campus and around the country. The program exudes joy and discipline in all aspects of life. With five NCAA Championship Tournament Appearances, two trips to the semi-finals and the final No. 1 ranking during the shortened 2020 season, LSU Beach Volleyball has shown it has what it takes to compete as one of the top teams in the nation, but the Tigers have had just as much success off the court as they have had on it.

The Beach Volleyball Program has earned the LSU Tiger Cup every year it has been awarded since 2017-18. The Tiger Cup is awarded annually to the team on LSU’s campus that has the most production in the areas of competitive success, academic accomplishment and community service participation. Beach Volleyball was also awarded the LSU Community Service Cup in 2018-19.

With the 2022 season quickly approaching, LSU is prepared to, once again, compete as one of the best teams in the nation. This year’s team will feature new players in the lineup who are hungry for the opportunity to leave their mark on the program. Beach volleyball continues to grow across the country, and within the NCAA – this year’s NCAA Tournament in Gulf Shores has now expanded to 16 teams. We look forward to seeing Tiger Fans of all ages at our events this year in our quest for a National Championship. Admission is free to all home tournaments. This year’s home competitions are: