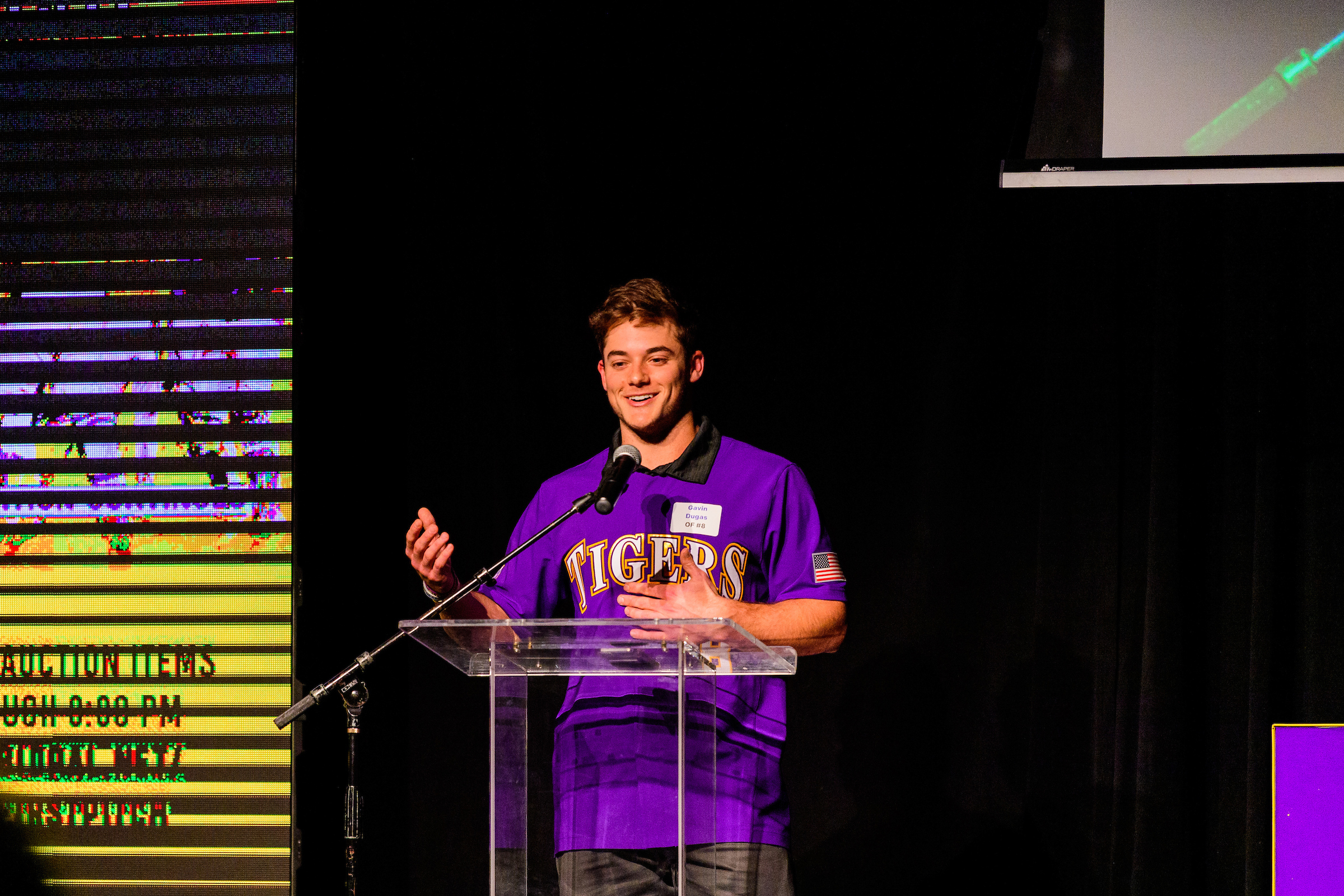 The First Pitch Banquet, administered by the Tiger Athletic Foundation and the LSU Baseball Coaches Committee, is an annual event that signifies the start of the college baseball season, and it provides boosters an opportunity to support the Tigers’ program.

The members of the Tigers’ 2022 team were introduced at the start of the evening, which also featured remarks by coach Jay Johnson, who is entering his first season at LSU.

Johnson delivered the keynote speech to a packed house in the L’Auberge Event Center, describing his vision for the “reboot” of the esteemed LSU Baseball organization. He also engaged in an Q-and-A session with former LSU All-American and Major League pitcher Anthony Ranaudo.

Johnson, the 2021 Pac-12 Coach of the Year at Arizona, where he led the Wildcats to two College World Series appearances in five seasons, said that “no one will value winning more than this LSU baseball team. You’re going to see the most competitive team you’ve ever seen.

“Our players have demonstrated tremendous work ethic and a sincere commitment to excellence, and our goal is to be the best we can possibly be at everything we do.”

The audience also heard from outfielder Gavin Dugas, who provided an inside look at the 2022 squad and discussed the significance of wearing jersey No. 8 this season. The No. 8 is assigned each year to the upperclassman who best exemplifies the spirit of the Fighting Tiger program.

“It’s a great honor to wear No. 8, and it’s a responsibility that I embrace,” Dugas said. “I’m going to do all I can to live up to the standard the number represents in our program.

“We can’t wait to show everyone what kind of team we can be this year; our coaches are second to none, and they have developed a culture that will translate into success.”

LSU opens the season at 7 p.m. on Friday, February 18, when the Tigers play host to Maine in Alex Box Stadium, Skip Bertman Field.