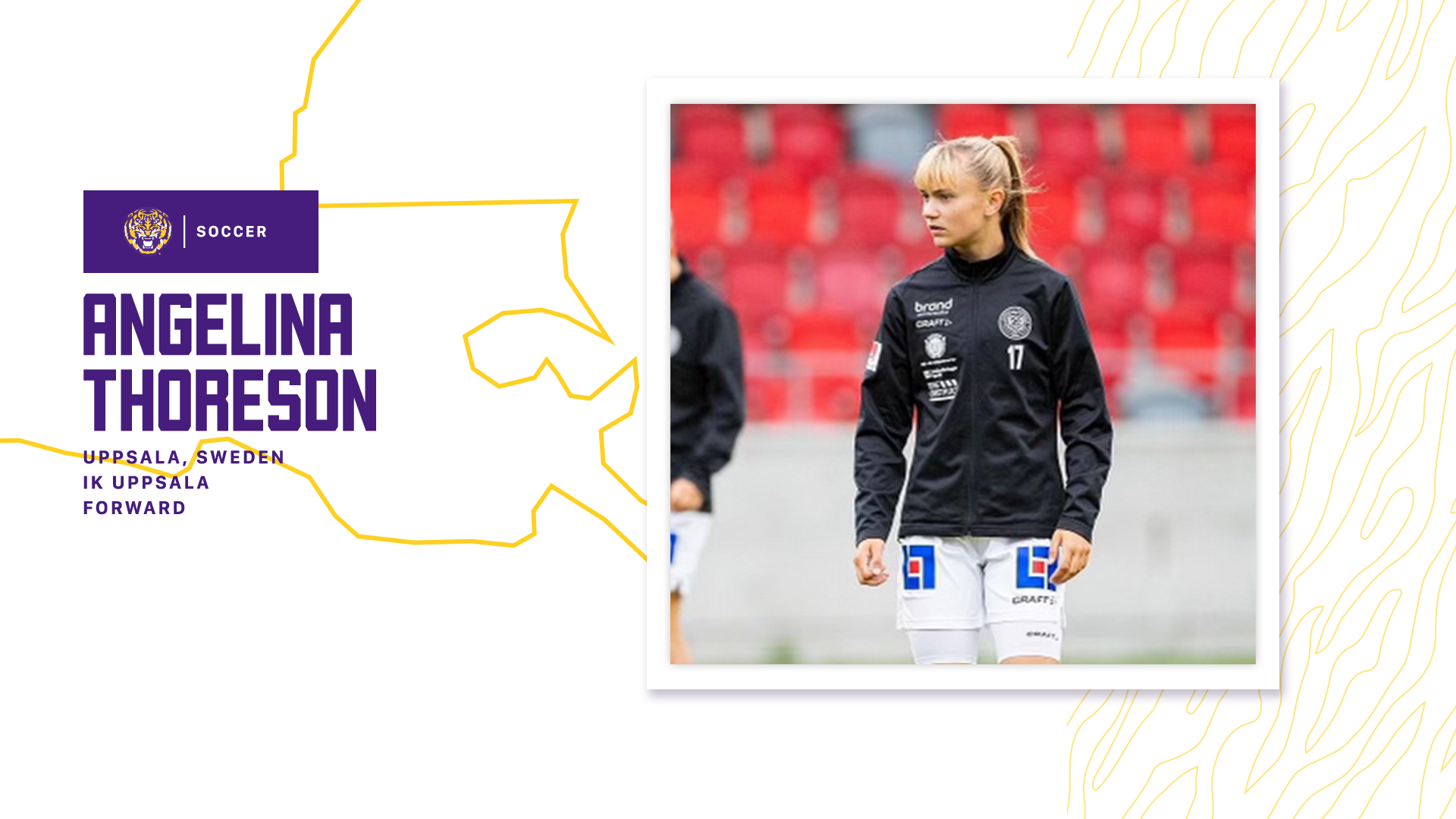 Thoreson, a native of Sweden, comes to America after playing the last three seasons for IK Uppsala, a professional club back in her homeland.

“We are really excited to be announcing the signing of Lina,” LSU soccer head coach Sian Hudson said. “She is a dynamic, quick, skillful forward who has the ability to link and combine with her teammates or use her speed on the dribble to break down opponents.

“She is coming to us with experience under her belt playing at a very high level in Sweden and has been involved with youth national team camps for Sweden. Throughout the whole process of recruiting Angelina, it was clear that her character and personality will fit into our culture and values.”

Thoreson has made over 50 appearances for IK Uppsala in the past three seasons. Thoreson played her first season with IK Uppsala in 2019 as the team played in the Damallsvenskan division, the highest level of women’s soccer in Sweden. The following two seasons in 2020 and 2021 were played in the Elitettan division, the second highest level in Sweden. Thoreson scored five goals in 20 games played this past season.

Thoreseon recently arrived in Baton Rouge and will begin training with LSU soccer this spring. She will be a true freshman and have four years of eligibility to rep the Purple and Gold.

“It’s no secret that we have a strong international influence on our squad at LSU and we are confident that Angelina will add to that,” Hudson noted. “The transition for any student-athlete from high school to college soccer can be difficult, but especially for internationals.

“That’s why we are thrilled to have Angelina join us this spring to help her adapt to our environment and life at LSU while we are in offseason training.”