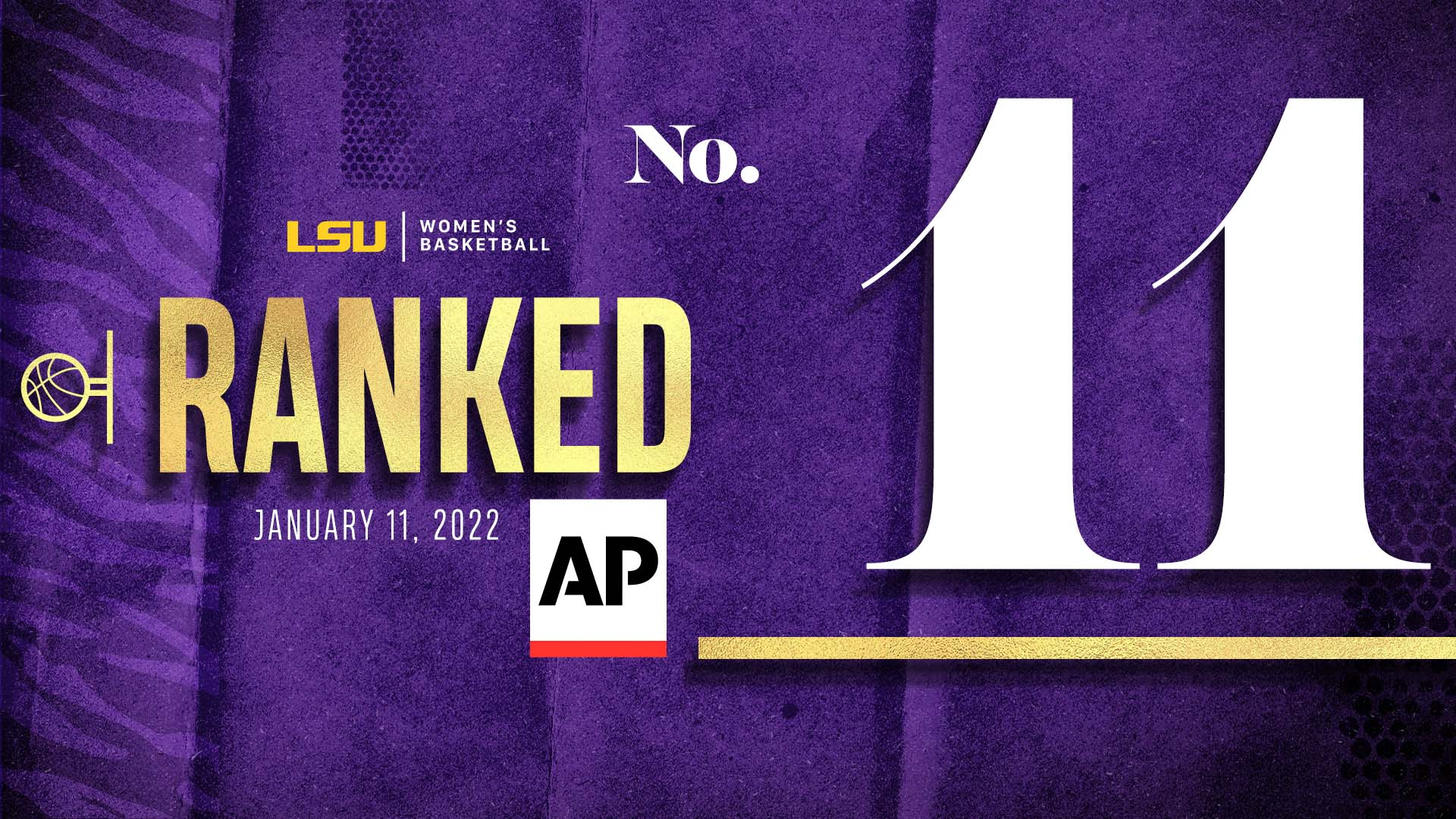 Since jumping into the AP Poll in the fourth week of the season after LSU’s win over No. 14 Iowa State, the Tigers have moved up in the AP Poll every week. This is the highest LSU has been ranked since it climbed to as high as No. 5 during the 2009-10 season.

The first of LSU’s victories last week came in an overtime thriller against Missouri where Khayla Pointer hit a layup with 5.7 seconds left and Alexis Morris blocked Missouri’s last second shot attempt to tie to secure LSU’s win. On Sunday LSU beat Vanderbilt by 18 points. Morris, Pointer, Jailin Cherry and Faustine Aifuwa all had big games in the win over the Commodores.

LSU has just one game this week and will head to Gainesville to face Florida on Sunday at 1 p.m. CT.