No. 12 LSU To Host Vanderbilt In We Back Pat Game Sunday 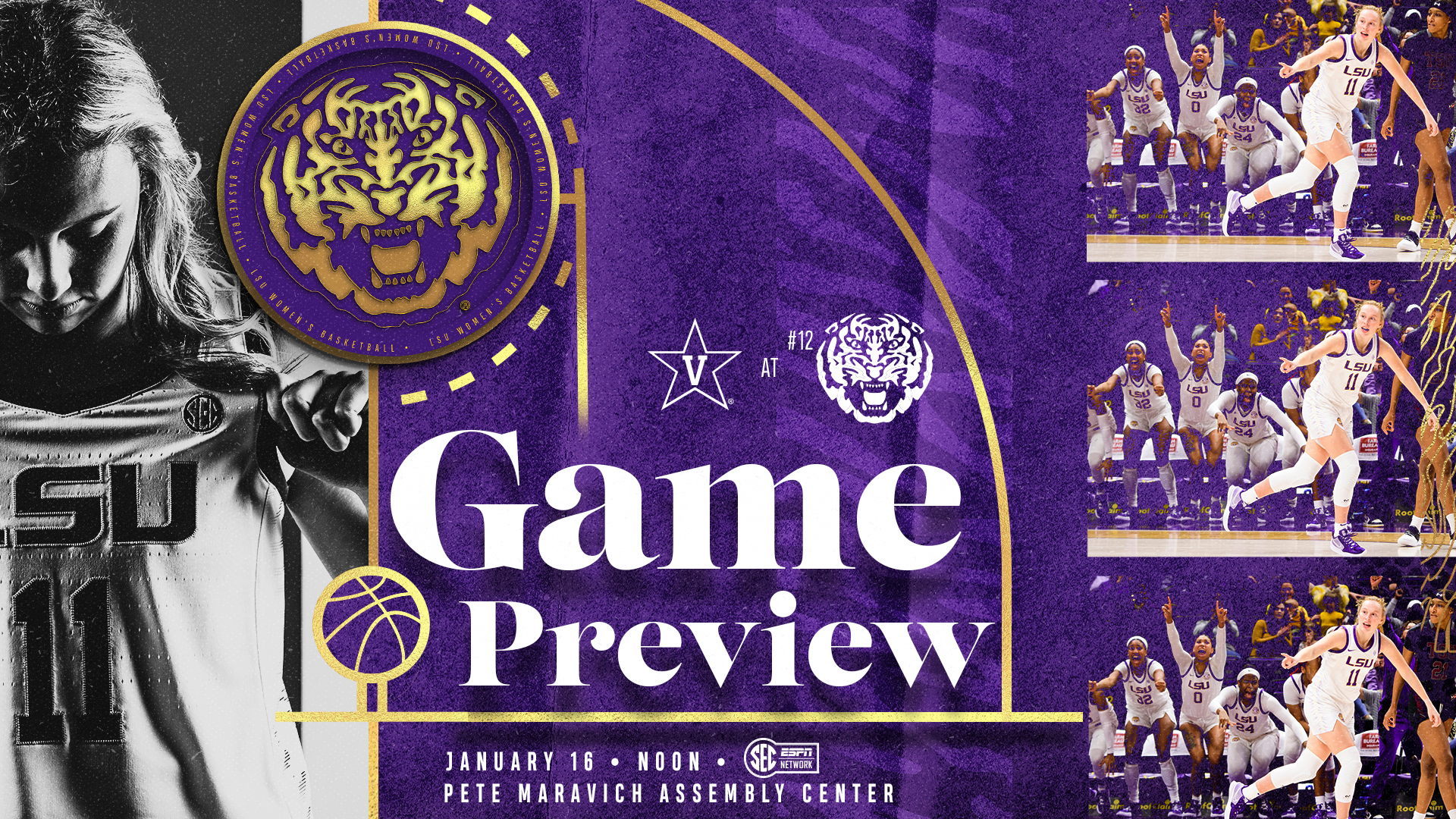 “(Vanderbilt) is competitive in game,” said Head Coach Kim Mulkey. “They’re winning games. Much improved. When you watch her (Coach Shea Ralph) teams play, they’re playing hard. They realize what their deficiencies are of the offensive end so they’re making up for it on the defensive end.”

The Pat Summitt Foundation Fund launched November 27, 2011 by Pat Summitt after her diagnosis of early onset dementia, Alzheimer’s type at the age of 59.

LSU Head Coach Kim Mulkey talked for over five minutes during Friday’s press conference about her relationship with Coach Summitt. Each year during her playing career at Louisiana Tech, Mulkey played against Summitt coached Tennessee teams. Mulkey played for Summitt during the 1984 Olympics, winning a gold medal for Team USA. Mulkey leaned on Summitt on how to be both a coach and mother and years later Summitt leaned on Mulkey when she was going through a divorce. The two women’s basketball icons shared a special relationship both on and off the court

Sunday’s game will be televised on the SEC Network with Tiffany Greene and Steffi Sorensen. Patrick Wright and Shaeeta Williams will call the game on the LSU Sports Radio Network, 107.3 FM in Baton Rouge.

LSU is back on the court after winning an overtime thriller over Missouri, 87-85. Khayla Pointer layup with 5.7 seconds left gave LSU the late lead and Alexis Morris blocked Missouri’s shot attempt to tie the game as LSU held on for the win. Four Tigers – Pointer (21), Jailin Cherry (20), Morris (17) and Faustine Aifuwa (15) – scored 15 points or more.

Pointer had been playing as one of the best guards in the nation and has been critical to LSU’s success. With 1,634 career points, 527 career assists and 487 career rebounds, Pointer is looking to become the first player in LSU history to put up 1,500, 500 and 500 in those respective categories. To get there on Sunday it would take a career-high for rebounds in a game.

“She’s one of the better, premier, elite guards in the country,” Mulkey stated about Pointer. “What is it that she cannot do that makes someone better than her? She can shoot the three, she can pass the ball, she can defend, she can rebound. I think she’s as good of guard in the country – and she can play multiple positions on the perimeter. I just don’t think she gets enough recognition.”

Pointer has scored 20+ in nine games this season, including in four of five of LSU’s SEC games. She is averaging 21 points per SEC game right now. She has five double-doubles this season and became the third player in program history to record a triple-double during LSU’s season opener.

LSU will be without Autumn Newby, its leading rebounder, on Sunday after she exited the Missouri game in the third quarter with an injury. She underwent an MRI on Friday and Coach Mulkey said it was not an Achilles tear, but a tendon issue that should hopefully resolve itself with rest.

Vanderbilt’s Jordyn Cambridge is one of the best defenders in the nation. She leads the country with 68 total steals and is No. 4 with 4.0 steals per game. Vanderbilt has lost its past two games and is near the bottom of the SEC when it comes to offensive production. The Commodores allow 65.25 points per game with is No. 13 in the SEC. LSU meanwhile is No. 2 in the SEC, scoring 76.3 points per game.

“They’re so active and they move a lot defensively that they create a lot of havoc,” Coach Mulkey said.

Vanderbilt will play a lot of 2-3 zone and will also use the 2-2-1 press that allows Cambridge to get multiple steals per game.

LSU has won its past four matchups over Vanderbilt and holds a 16-4 record when the Commodores come into the PMAC. Vanderbilt is led by Shea Ralph who is in her first year in Nashville after spending over 10 years as an assistant coach for Geno Auriemma at UCONN.

“She’s instilling a sense of urgency, a sense of passion in how hard they play,” Coach Mulkey said about Ralph.