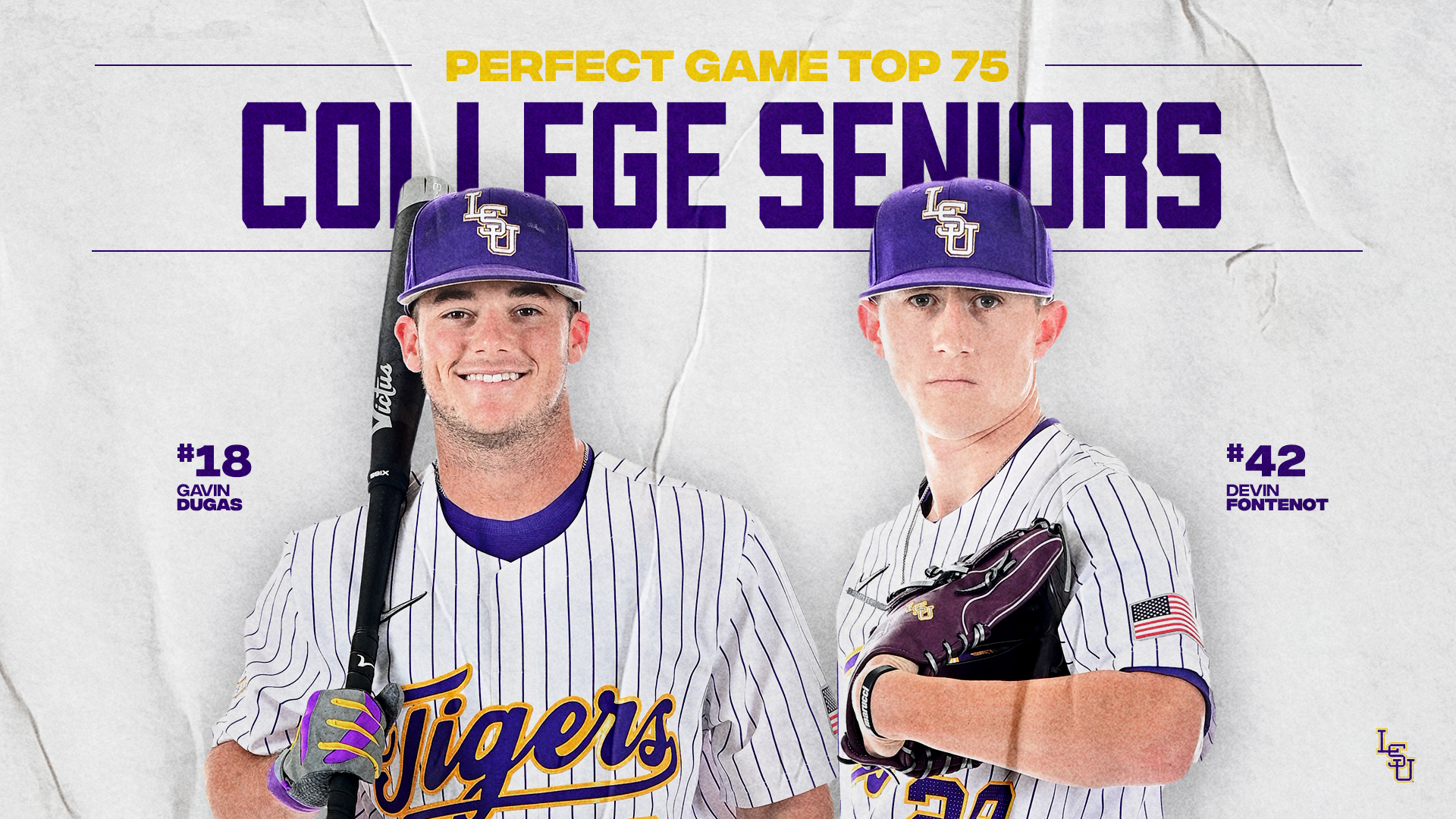 Dugas is a fourth-year player with two seasons of eligibility remaining due to the pandemic-shortened 2020 season. He led the SEC in RBI last season with 66, and he was No. 3 in the league in home runs with 19, including two grand slams. He was also No. 5 in slugging percentage (.641) and No. 8 in total bases (141).

Dugas was voted SEC Co-Player of the Week after leading LSU to an SEC series victory in May over Alabama. In the three-game series, he hit .364 (4-for-11) with one double, two homers, five RBI, four runs, one stolen base and a .429 on-base percentage.

Fontenot, who earned his LSU degree in sport administration last spring, has worked as the Tigers’ closer for the past three seasons and is expected to contend for a starting role in 2022.

He was credited with the win in LSU’s regional victory over Central Connecticut State, firing a perfect inning with two strikeouts. He later earned the save in the first game of the regional championship round versus Oregon (June 6), registering two shutout innings with no hits, one walk and three strikeouts.

Fontenot, who received Collegiate Baseball All-America recognition in 2020, has made 90 career appearances at LSU, recording 13 wins, 16 saves and 155 strikeouts in 135 innings.