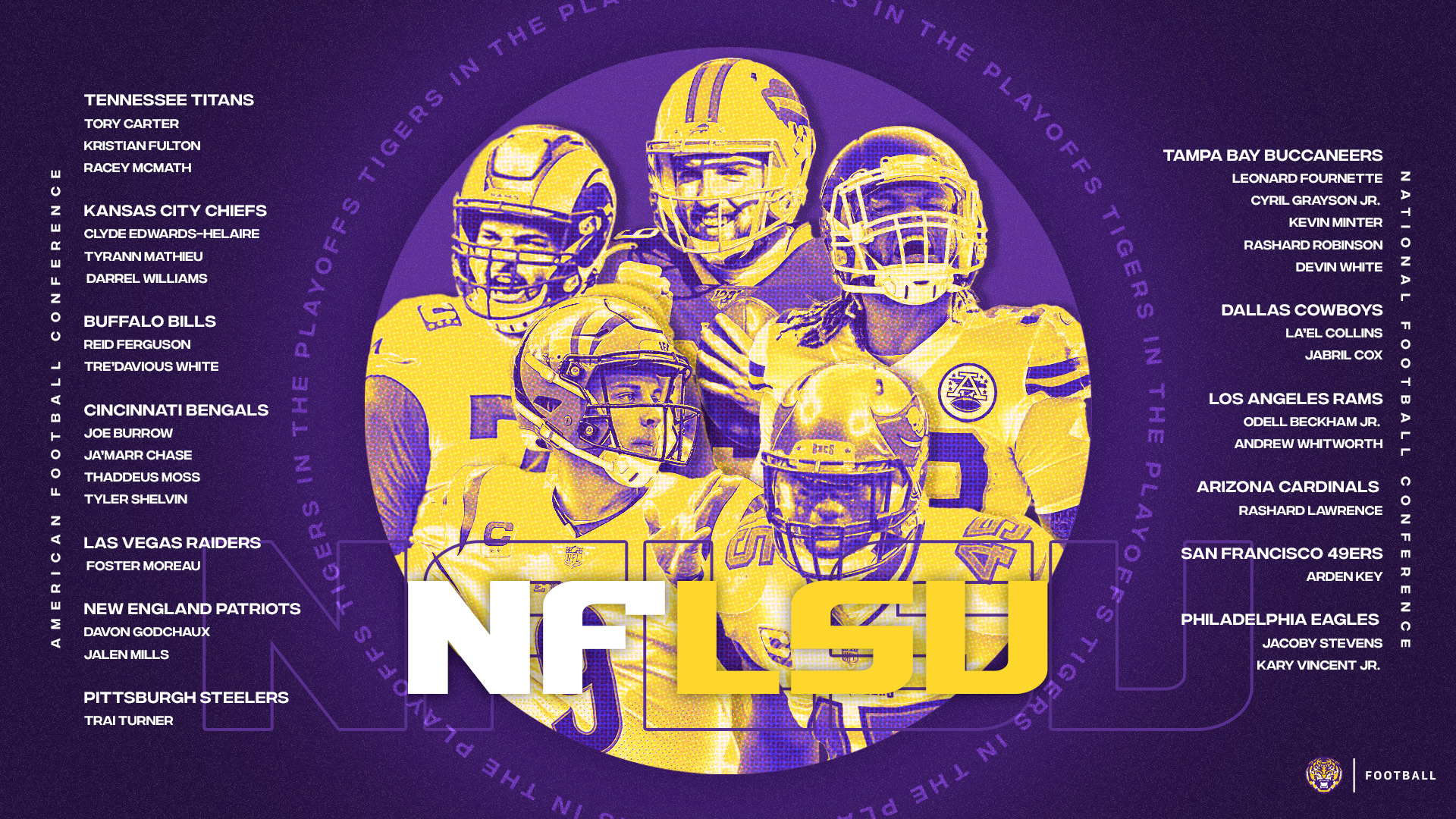 The NFL Playoffs get underway on Saturday and continue through Monday night with six games taking place during the opening round of the playoffs. Former LSU players occupy roster spots on 13 of the 14 NFL teams that have advanced to postseason play.

Overall, the number of former Tigers on NFL playoff teams grows to 29 when practice squad and injured reserve players are included.

The only NFL Playoff team without a former Tiger is the Green Bay Packers.

Of the 29 LSU players on an NFL playoff roster, 12 won a national championship at LSU – 11 were on the 2019 team along with Andrew Whitworth, who was the starting left tackle on the 2003 squad.