No. 12 Women’s Basketball Back Home Thursday Against Missouri 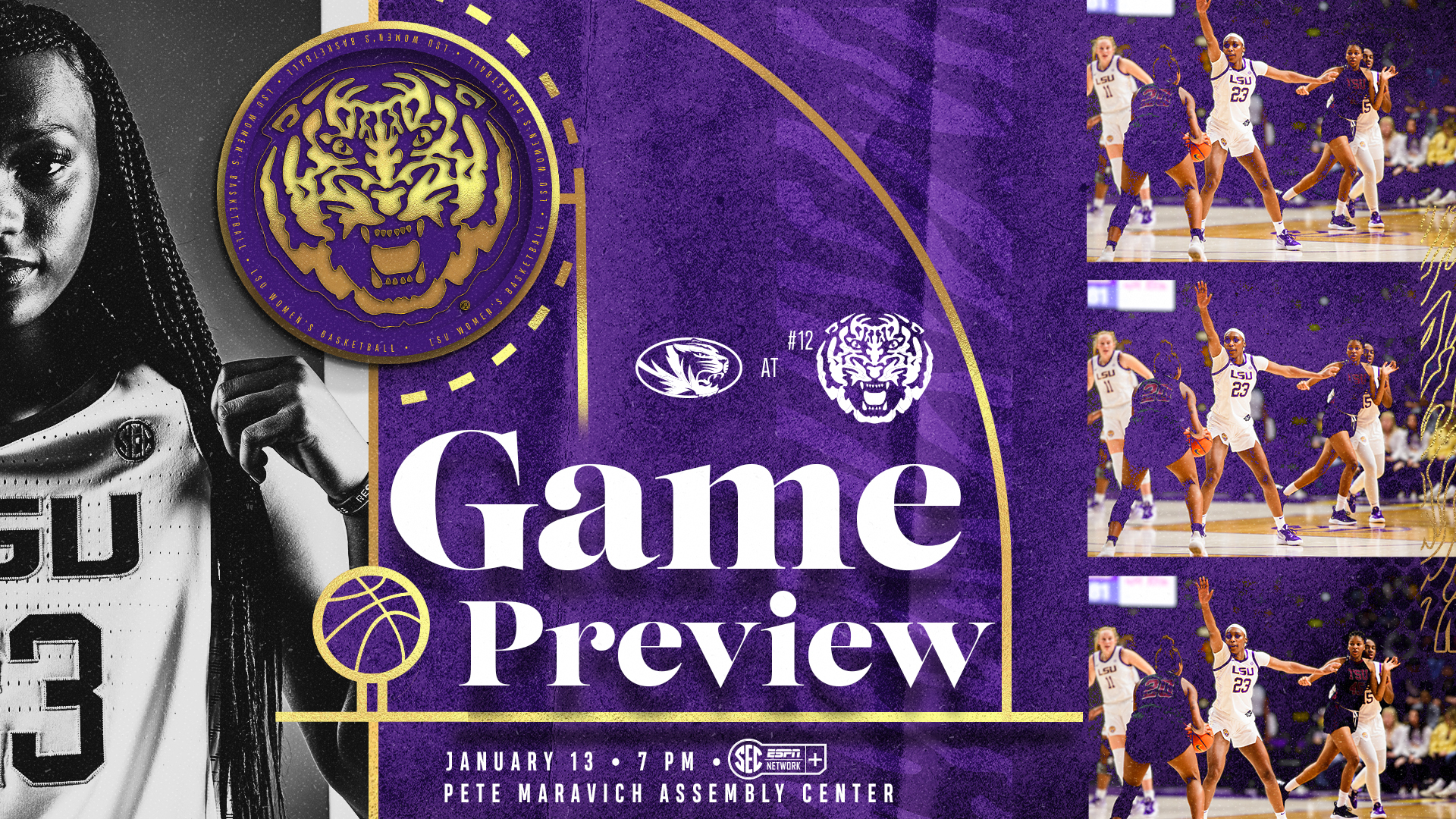 The Tigers have an opportunity Thursday night to win their 16th game of the season which would guarantee them finishing the season with a winning season in year one for Head Coach Kim Mulkey.

“You’ve got a group in there that’s just mature,” Coach Mulkey said of her team’s consistency up to this point in the season. “You’ve got a group of seniors that have been in this league and have played at this level and they just don’t get too high or get too low.”

Thursday’s matchup will feature the top two shooting teams in the SEC. Missouri leads the conference shooting 47.3-percent from the field and LSU sits at No. 2 at 46.2-percent. Fans can watch on the SEC Network + with Lyn Rollins and Victor Howell or they can listen to the game on the LSU Sports Radio Network, 107.3 FM in Baton Rouge, with Patrick Wright and Shaeeta Williams. The Tigers will also host Vanderbilt Sunday at noon.

In LSU’s last game out, the Tigers played dominantly at Auburn. After falling to No. 1 South Carolina earlier in the week, LSU came out focused and ready to go at Auburn and ended up winning, 76-48, for LSU’s second largest victory over Auburn ever.

The Tigers played well in the post too at Auburn as both Faustine Aifuwa and Hannah Gusters finished in double figures scoring the ball.

LSU has scored 76.1 points per game this season, the No. 3 offense in the SEC and it will go up against a Missouri team that has surrendered the third most points this season in the conference. Along with Pointer, Alexis Morris also averages double-digits for LSU.

Missouri is the only team this season to have defeated No. 1 South Carolina and the Tigers did so without their top player, guard Aijha Blackwell who averages 16 points per game and leads the SEC with 12.9 rebounds per game. Forward Haley Frank and guard Lauren Hansen both average double-digit points as well.

“We’ve got to be very tuned in to matchups defensively on who’s in the game,” Coach Mulkey said.

Missouri shoots over 20 three-pointers per game and the Tigers shoot the deep ball well at 37.6-percent, No. 2 in the SEC. The three-pointers come from a bevy of players too as Missouri has six players who have made 10 or more threes this season. No matter where Missouri shoots from on Thursday, it will be critical for LSU to force misses and grab rebounds. When LSU hold opponents below 39.9-percent shooting, it is 12-0 this season.

“Those perimeter threes are being created from dribble-penetration,” said Coach Mulkey. “You get sucked in because you’ve been taught to be a great teammate and get to help-side and that’s when they kick it out for the three. We have to first stop dribble-penetration and then hope they is enough threes that we don’t allow that second shot and how do you do that? You keep them off the offensive glass.”

Despite its win over the top-ranked Gamecocks, Missouri will enter Thursday’s game after losing on the road Sunday at Arkansas. It is also unclear if starting guard Haley Troup (ankle) and key bench player LaDhazhia Williams (groin) will be available. Missouri has also lost against Missouri State (who LSU beat by 10), by 28 points, and needed overtime to take down Auburn (who LSU beat by 28).