No. 13 LSU Looks To Bounce Back On Road At Auburn 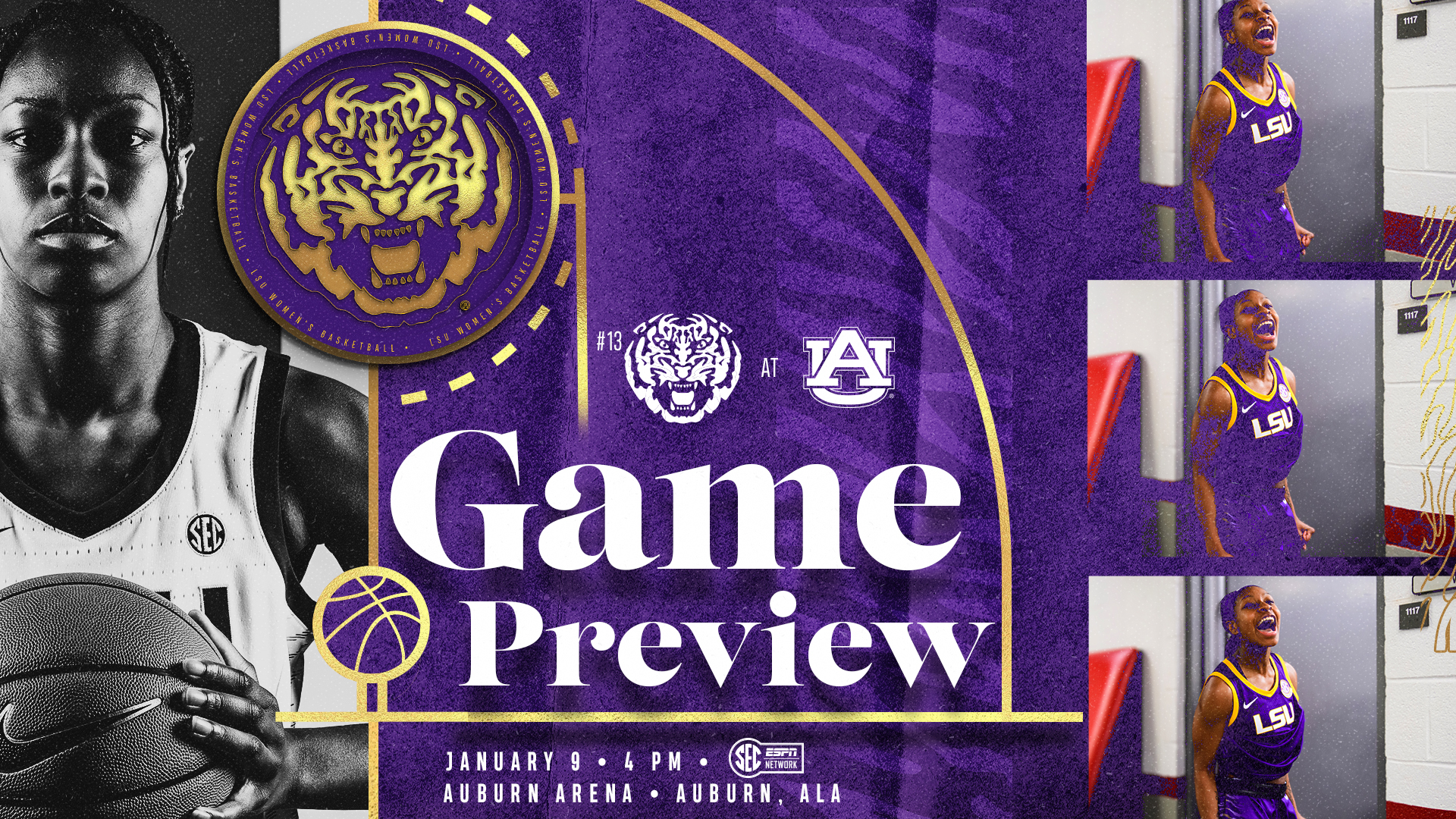 The Tigers had their 13-game win streak snapped on Thursday when they fell to No. 1 South Carolina at the PMAC and now they will look to rebound on the road. LSU has shown the ability to play well away from home with a 2-0 record in road games and 4-0 record in neutral site games. The Tigers won their SEC opener in Athens over then No. 13 Georgia.

Sunday’s game will be televised on the SEC Network with Eric Frede and Christy Thomaskutty on the call. Patrick Wright will be live from Auburn Arena with Jeff Palermo on the LSU Sports Radio Network, 107.3 FM in Baton Rouge,

Khayla Pointer shined against the top-ranked Gamecocks, making 10 shots, and scoring 22 points. Pointer has played all 40 minutes in each of LSU’s past three games and leads the SEC in minutes per game this season. She has been critical to LSU’s success this year as one the the best guards in the SEC. Pointer has scored double-digits in six straight games.

Alexis Morris has been LSU’s other main scoring threat. She transferred to LSU from Texas A&M and put up a career-high 30 points last Sunday against the Aggies. In her first season at LSU Morris has stepped into a scoring role and has scored double-digit points in 13 of her 14 games this season.

Like LSU, Auburn is led by a new coach this season in Johnnie Harris. After the Tigers went 5-19 last season, Harris has them at 8-5 heading into Sunday’s matchup. She has former LSU Coach Bob Starkey as her associate head coach.

“They’re much, much improved,” Coach Mulkey said. “They’ve won some games. Took Missouri to overtime the other night; we all know Missouri beat South Carolina. (Auburn) beat Georgia Tech. They’re heading up, kind of like we are, just trying to build the program

Sunday will be Auburn’s first home SEC game. The Tigers were scheduled to open conference play at home against Kentucky, but the game was postponed. Instead, Auburn started on the road and fell at Auburn. Auburn took Missouri to overtime on Thursday but was unable to come away with the victory as it’s still looking for its first conference victory. The Tigers’ best win this season came in November at No. 18 Georgia Tech.

Auburn features the third best scorer in the SEC in Aicha Coulibaly who is putting up 17.9 points per game. She also leads Auburn with 8.2 rebounds per game. Honesty Scott-Grayson, who player her freshman year at Baylor for Coach Mulkey, averaged 13 points per game and Sania Wells scored 11.3 per game.