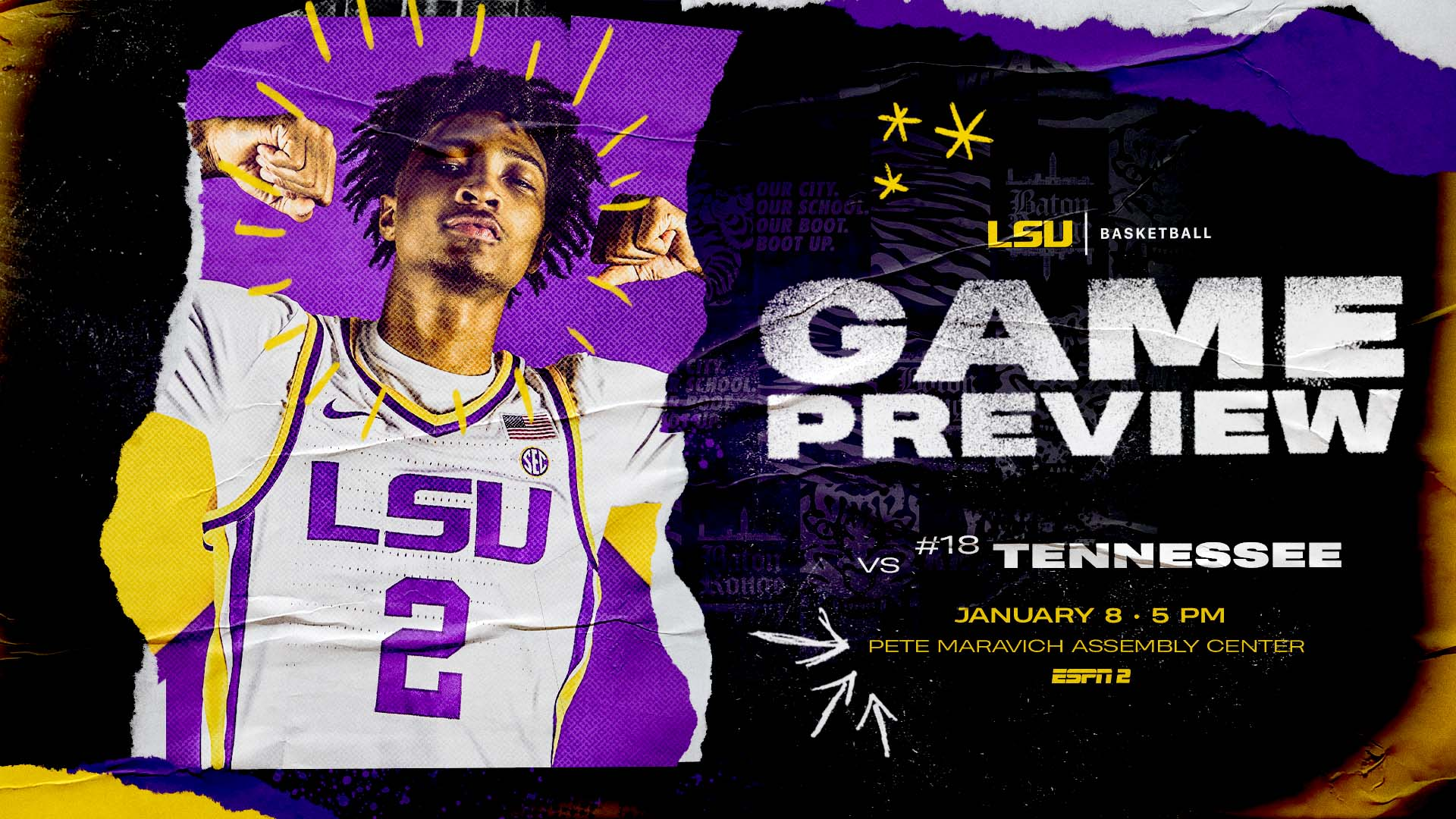 BATON ROUGE – The No. 21 LSU Tiger basketball team looks to continue its success on its home floor when it hosts No. 18 Tennessee to complete the toughest start for LSU in its long history in the Southeastern Conference Saturday afternoon at 5 p.m.

The game will be telecast on ESPN2 (Tom Hart and Daymeon Fishback) and broadcast on the affiliates of the LSU Sports Radio Network with the Voice of the Tigers, Chris Blair and former LSU Basketball head coach John Brady. In Baton Rouge, the game will be on Guaranty Media flagship affiliate Eagle 98.1 FM.

Tickets for the game are available all day Saturday at LSUTix.net and will go on sale at the upper concourse ticket windows beginning at 4 p.m.

LSU is completing a three-game opening stretch with nationally-ranked Auburn, Kentucky and Tennessee that marks the first time LSU has opened league play with three consecutive AP ranked teams in school history. Only one other time during the 2017-18 season did LSU open with two consecutive games with ranked teams in SEC play.

LSU rallied from nine down with 13:06 to play, outscoring Kentucky 24-10 to win on the night Dale Brown Court was dedicated at the Maravich Center. Tar Eason led LSU with 13 points, while Xavier Pinson had 11 points, four assists and three steals. Brandon Murray, back after missing the Auburn game with a hamstring issue, had 10 points.

Tennessee is led by Santiago Vescovi, the junior from Uruguay who is averaging 13.5 points, 4.7 rebounds and 3.3 assists. Kennedy Chandler averages 13.3 points per game and 5.4 assists per game.

Against Ole Miss, Tennessee was a winner in a game they never led during the regulation 40 minutes.

The LSU-Tennessee game will match the top two teams in adjusted defensive efficiency according to KenPom.com.