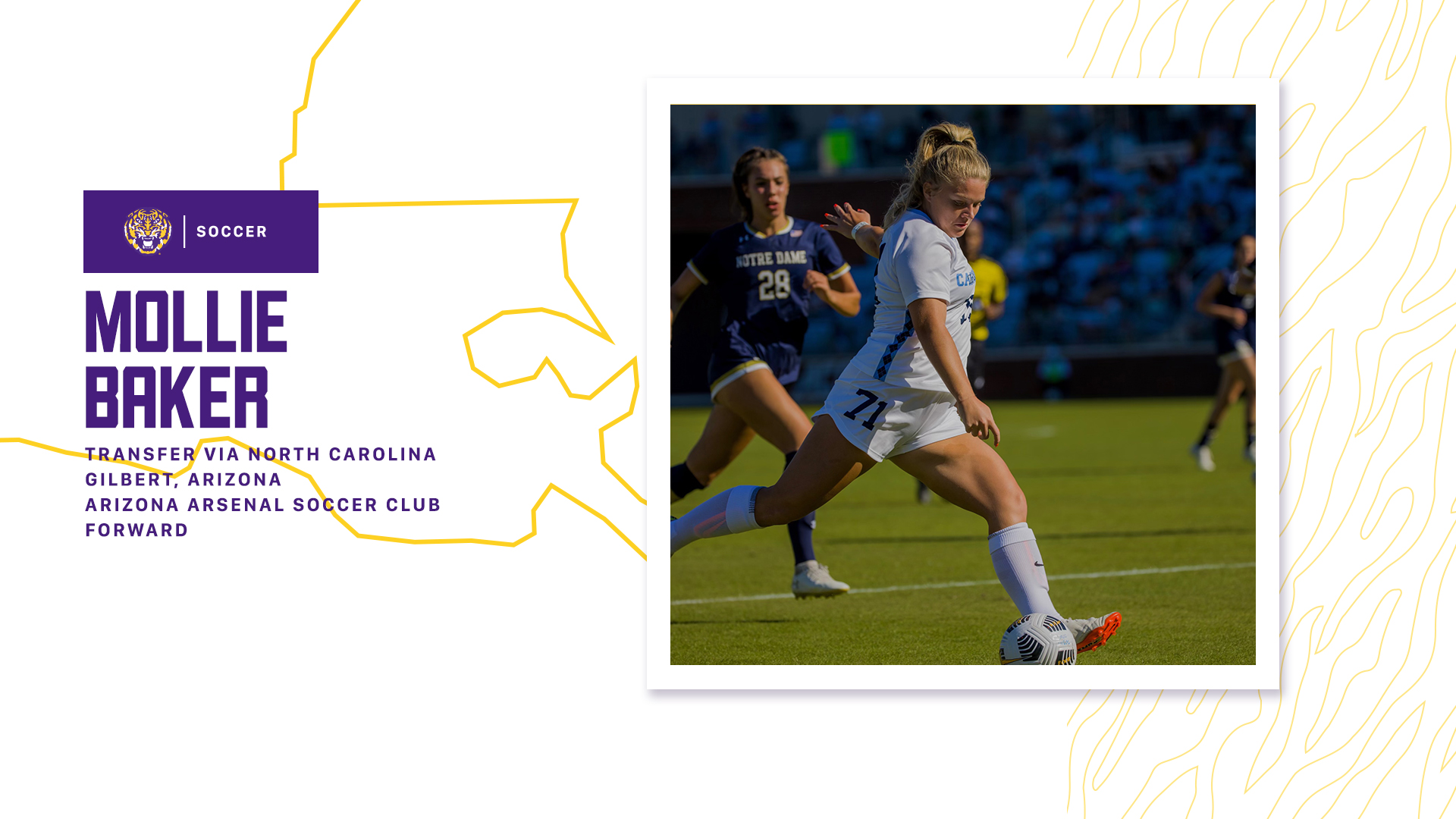 Baton Rouge, La. – LSU Soccer announced Thursday that transfer Mollie Baker has signed on to become a member of the Tigers.

Baker, a native of Gilbert, Ariz., comes to Baton Rouge after playing the last two seasons at the University of North Carolina, a perennial powerhouse in women’s collegiate soccer. She will join the LSU team at the start of the 2022 spring semester in the coming weeks and be eligible to participate in LSU’s spring exhibition schedule. She will have three years of eligibility remaining at LSU.

“It’s an exciting day for our program to announce the signing of a player of Mollie’s caliber and background,” LSU head coach Sian Hudson said. “She has played at the very highest level in the club, college, and international game. Mollie is a dynamic attacking player who possesses power, dribbling ability, and two very dangerous feet in and around the box.

“She will be impacting the game in the final third with goals, assists, and creating chances for herself and her teammates. She’s a great fit for our program and will have a positive influence on those around her. We believe in her ability and potential to come in and have an immediate effect for our program both on and off the field.

Baker played in 14 matches during her time in Chapel Hill for the Tar Heels and picked up her first career collegiate assist in UNC’s 2-1 overtime victory over Notre Dame on October 24, 2021.

Prior to her collegiate career, Baker was a force on the ODP circuit during her high school years. She was a five-time member of the Region IV ODP squad from 2015-19 and helped lead that program to a regional title.

She was also a member of the Arizona Arsenal Soccer Club that won three Arizona state titles in club soccer, and was a three-time ECNL All-Southwest Conference honoree in 2017, 2018, and 2019. She was tabbed as the top goal scorer by the United States Youth Soccer Association at the an ODP Interregional event in Boca Raton, Florida.

Baker was awarded for her work in the classroom during the 2020-21 academic year as she was named to the ACC Academic Honor Roll during her first full year in college. Her mother, Angie, played collegiately for Utah State.