Burrell One of 10 on Preseason Watch List For The Bowerman 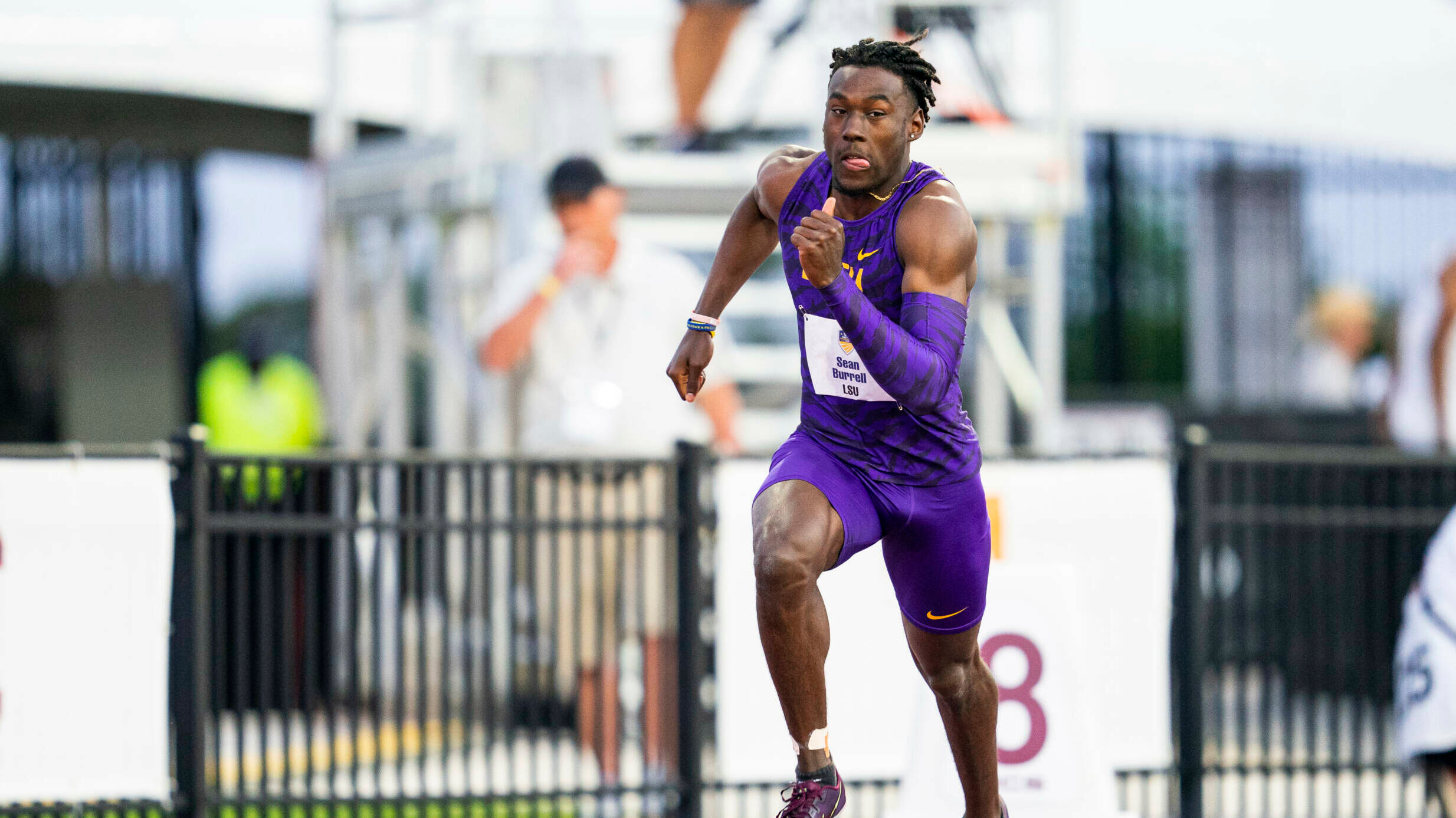 Baton Rouge, La. – LSU sprinter and hurdler Sean ‘Squirrel’ Burrell is one of ten men named to the Preseason Watch List for The Bowerman for the 2022 season.

Burrell, the U20 world record holder in the 400 meter hurdles, enters year No. 2 in Purple and Gold. He’s the ninth man in program history to officially be named to the watch list even though he was recognized as a semifinalist for the 2021 version of The Bowerman.

Burrell became only the third LSU athlete in program history to win a NCAA title in the 400 meter hurdles last June when he circled the 400 meter track, all while clearing 10 hurdles, in a time of 47.85 to claim the win. The time of 47.85 served as the aforementioned U20 world record. No U20 athlete in world history had ever gone faster than 48 seconds prior to Burrell’s historic performance at the NCAA Championships. The time of 47.85 ranks as the second fastest in LSU history and the fourth fastest in collegiate history.

Burrell, a native of Zachary, La., has his eyes set on a big 2022; he was named a finalist for Rising Star Award by World Athletics for his performances during the 2021 season. Burrell competed on LSU’s 4×400 meter relay for most of the 2021 campaign while also running individual races in the 400 meter dash and 400 meter hurdles.

For more information about The Bowerman, visit ustfccca.org. LSU’s eight previous men to be recognized by The Bowerman committee on the watch list are Mondo Duplantis, Walter Henning, Nethaneel Mitchell-Blake, Trindon Holliday, JuVaughn Harrison, Noah Williams, and Terrance Laird. Vernon Norwood was a semifinalist for The Bowerman in 2015. Williams, a native of Rochester, N.Y., is receiving votes for The Bowerman on the 2022 preseason list as well.