Gunnarsson Named To Preseason Watch List For The Bowerman 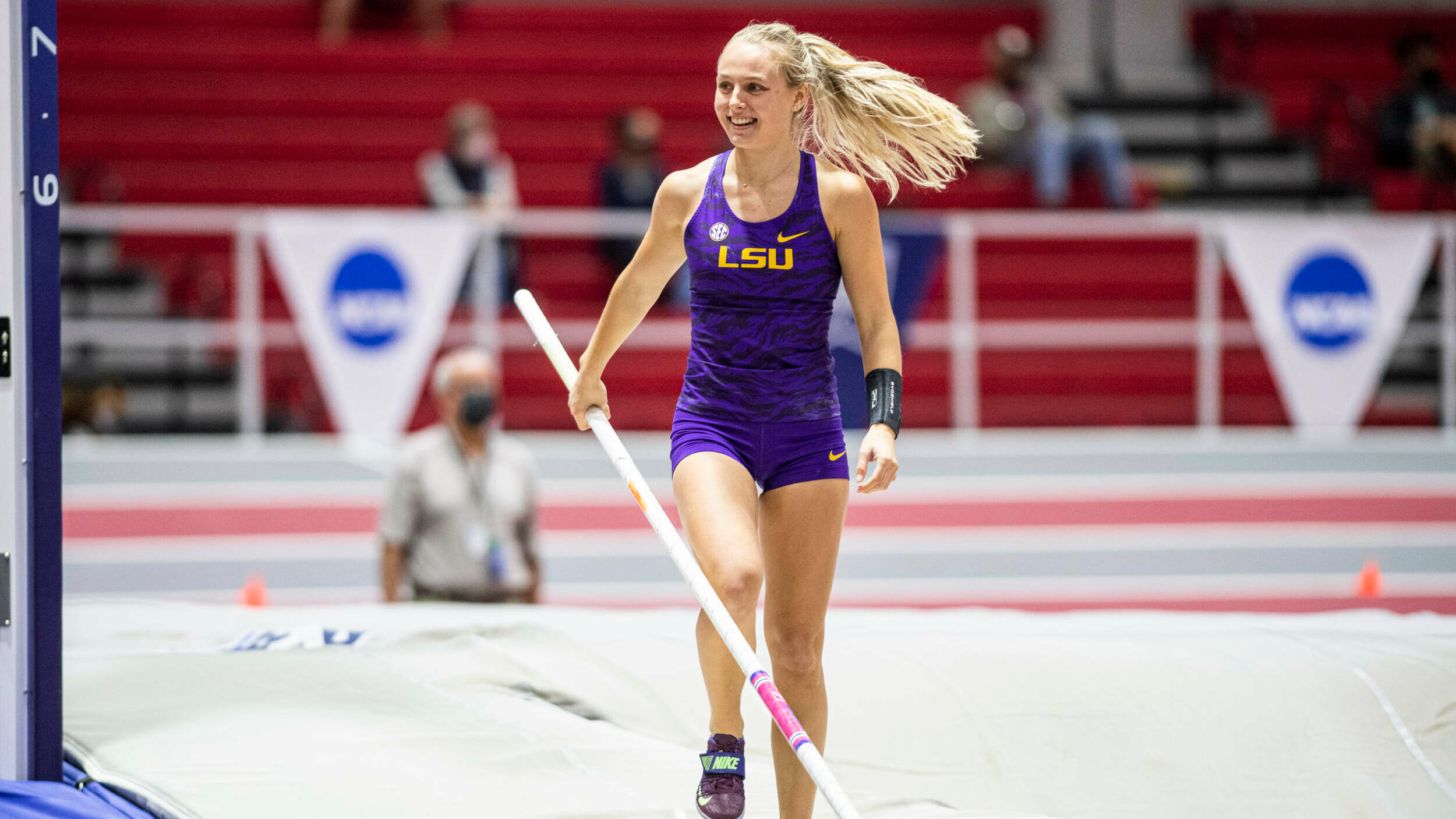 Baton Rouge, La. – Lisa Gunnarsson of LSU track and field has been named to the Preseason Watch List for The Bowerman ahead of the 2022 season. Gunnarsson is one of 10 women on the preseason watch list.

Gunnarsson returns for her final season at LSU as a two-time national champion. She swept NCAA indoor and outdoor titles in the pole vault during the 2021 campaign to become the first woman to accomplish that feat since 2010. Gunnarsson holds both the indoor and outdoor school records for LSU with clearances of 14’ 11.50” (4.56m) indoors and 14’ 9” (4.50m) outdoors. The clearance of 14’ 11.50 at the 2021 NCAA Indoor Championship put her at No. 8 in NCAA history on the indoor list.

A three-time All-SEC performer, Gunnarsson excels in the classroom as well as she was named the 2021 SEC Scholar Athlete of the Year outdoors and is a two-time CoSIDA First Team Academic All-American. She was named the U.S. Track & Field and Cross Country Coaches Association indoor and outdoor Scholar Athlete of the Year during the 2021 season as well.