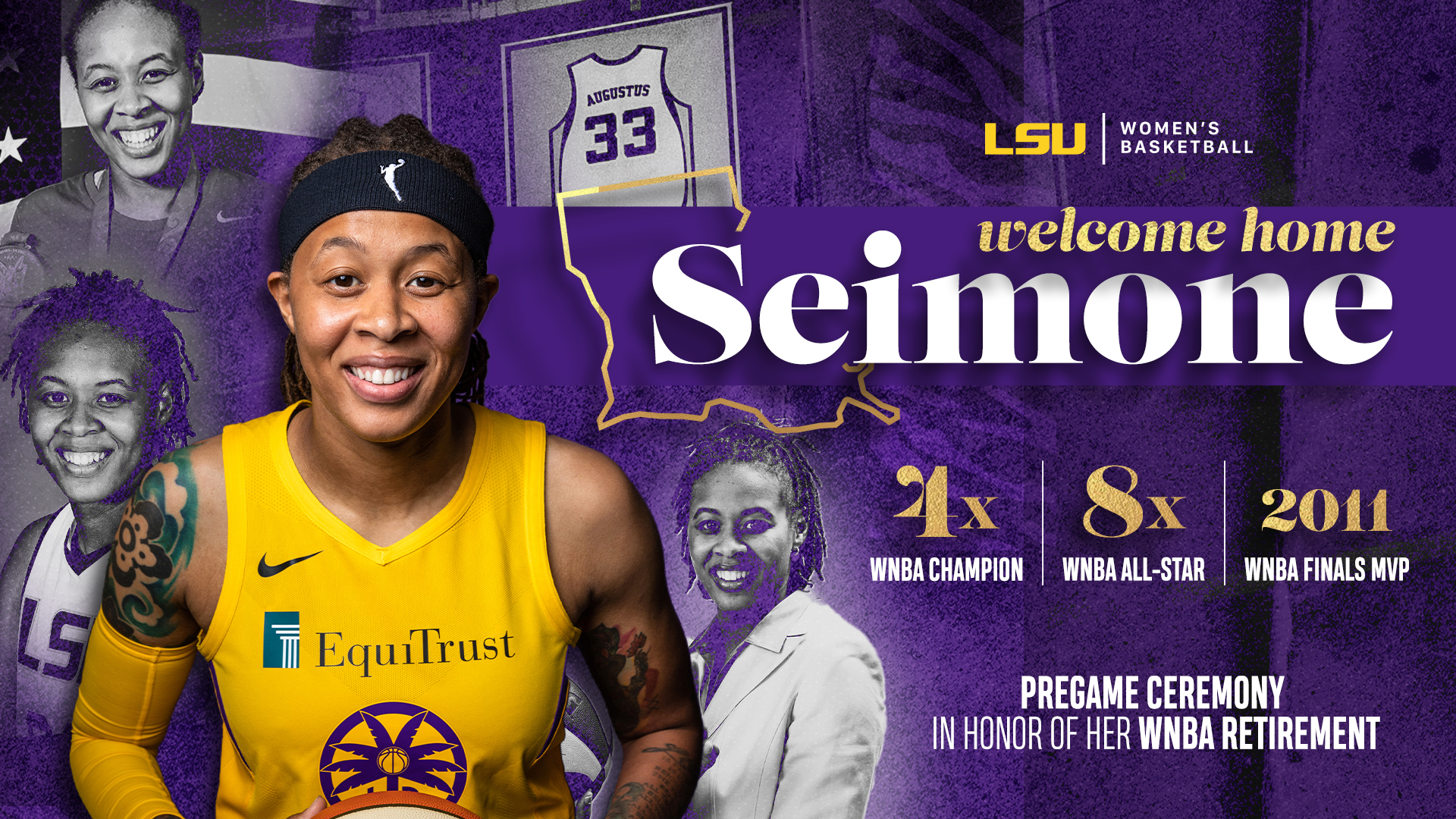 BATON ROUGE – The No. 13 LSU Women’s Basketball team will honor Seimone Augustus in recognition of her WNBA retirement on the court of the PMAC prior to Thursday’s game against No. 1 South Carolina. Fans wishing to see the ceremony should be in their seats no later than 6:50 p.m. CT.

Augustus finished her career as the second-leading scorer in LSU history with 2,702 points. She also set the NCAA record for double figure scoring games, reaching double figures in 132 of her 140 games. As a senior, Augustus led the nation in scoring with a 22.7 points per game average clip after scoring 20.1 points per game as a junior. LSU retired her No. 33 jersey in 2010.

After her impressive career at LSU, Augustus went on to star in the WNBA where she was selected No. 1 overall by the Minnesota Lynx. She led the Lynx to a WNBA Championship in 2011, earning WNBA Finals MVP. She racked up 22.0 points per game during the Lynx’s eight-game championship run that year.

Augustus followed that season up by earning All-WNBA First-Team accolades for the first time in her career in 2012. Augustus and the Lynx won a second WNBA championship in 2013, and a third in 2015 and a fourth in 2017, both with fellow LSU teammate Sylvia Fowles. During her 15-year career that spanned 391 total games, she won four WNBA Championships and was an eight-time WNBA All-Star. She also starred for Team USA, winning three Olympic Gold Medals.

After spending 14 seasons in Minnesota, Augustus played her final season for the Los Angeles Sparks before announcing her retirement last year in May. She now serves as an assistant coach for Los Angeles.