LSU senior Jontre Kirklin, playing quarterback for the first time since 2016 in high school, completed seven of 11 passes for 138 yards and three touchdowns, and he rushed 11 times for a team-high 61 yards in the Tigers' 42-20 loss to Kansas State in the TaxAct Texas Bowl. 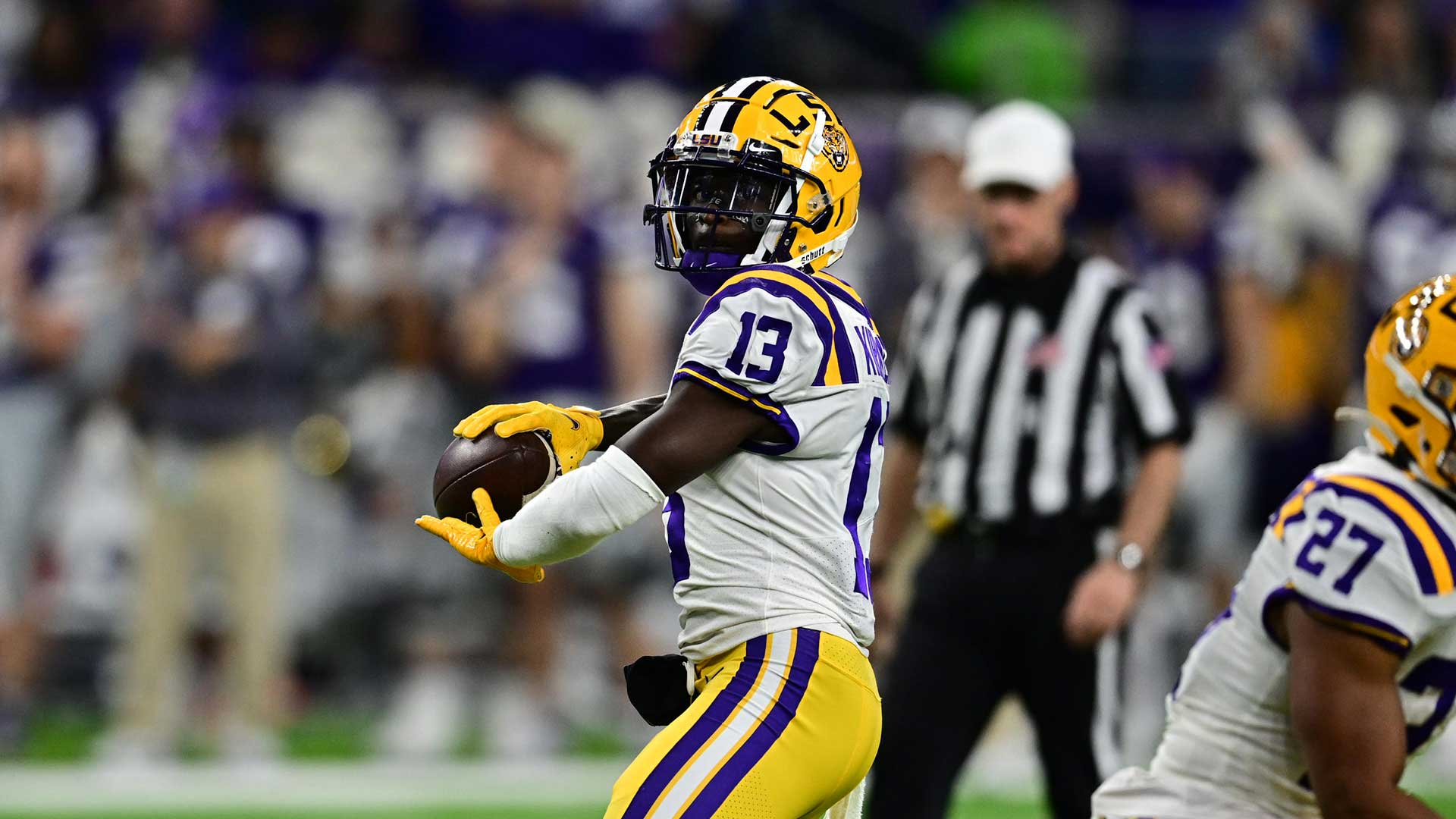 HOUSTON – Kansas State quarterback Skylar Thompson threw for 259 yards and three touchdowns Tuesday night, and running back Deuce Vaughn rushed for 146 yards and scored four touchdowns to lead the Wildcats to a 42-20 win over LSU in the TaxAct Texas Bowl at NRG Stadium.

The Tigers completed the season with a 6-7 record, while Kansas State improved to 8-5 with the victory.

LSU had only 38 scholarship players available for the game, and wide receiver Jontre Kirklin was the Tigers’ starting quarterback, playing the position for the first time since 2016 when he was a senior at Lutcher (La.) High School.

Kirklin completed seven of 11 passes for 138 yards and three touchdowns, and he rushed 11 times for a team-high 61 yards.

Kansas State took the opening kickoff and scored at the 9:13 mark of the first quarter when Thompson capped a 11-play, 75-yard drive with a 25-yard touchdown pass to wide receiver Malik Knowles.

After Kansas State forced an LSU punt on the Tigers’ first possession, the Wildcats extended the lead to 14-0 when Vaughn scored on a 1-yard TD burst to culminate an 18-play, 71-yard march that ended with 11:39 remaining in the second period.

On the ensuing drive, Kansas State defensive back Russ Yeast intercepted a Kirklin pass at the LSU 43-yard line, and the Wildcats capitalized on the opportunity when Thompson connected with Knowles on a five-yard scoring toss to give KSU a 21-0 advantage 7:01 before halftime.

LSU responded near the end of the half as Kirklin directed a 13-play, 75-yard drive and fired a 23-yard touchdown strike to wide receiver Jaray Jenkins, narrowing the deficit to 21-7 with 20 seconds left before intermission.

The Tigers’ offense went three-and-out on its first possession of the second half, and Kansas State quickly stretched the margin back to 21 points as Vaughn finished a seven-play, 61-yard drive with an 18-yard TD dash.

Kansas State defensive back Ross Elder intercepted a Kirklin pass late in the third quarter, and the turnover resulted in a three-play, 55-yard scoring march. Thompson’s three-yard TD strike to Vaughn gave the Wildcats at 35-7 lead with 14:56 remaining in the contest.

Vaughn scored his fourth touchdown of the night on a one-yard run, capping a six-play, 70-yard drive with 10:15 left in the game.

LSU continued to fight until the final whistle, as Kirklin engineered an 11-play, 75-yard scoring march and connected with wide receiver Malik Nabers on a 15-yard TD pass at the 3:35 mark of the fourth quarter.

An 81-yard TD strike from Kirklin to wide receiver Chris Hilton Jr. on the last play of the game accounted for the final margin.