LSU Women’s Basketball Springs To No. 13 In AP Poll 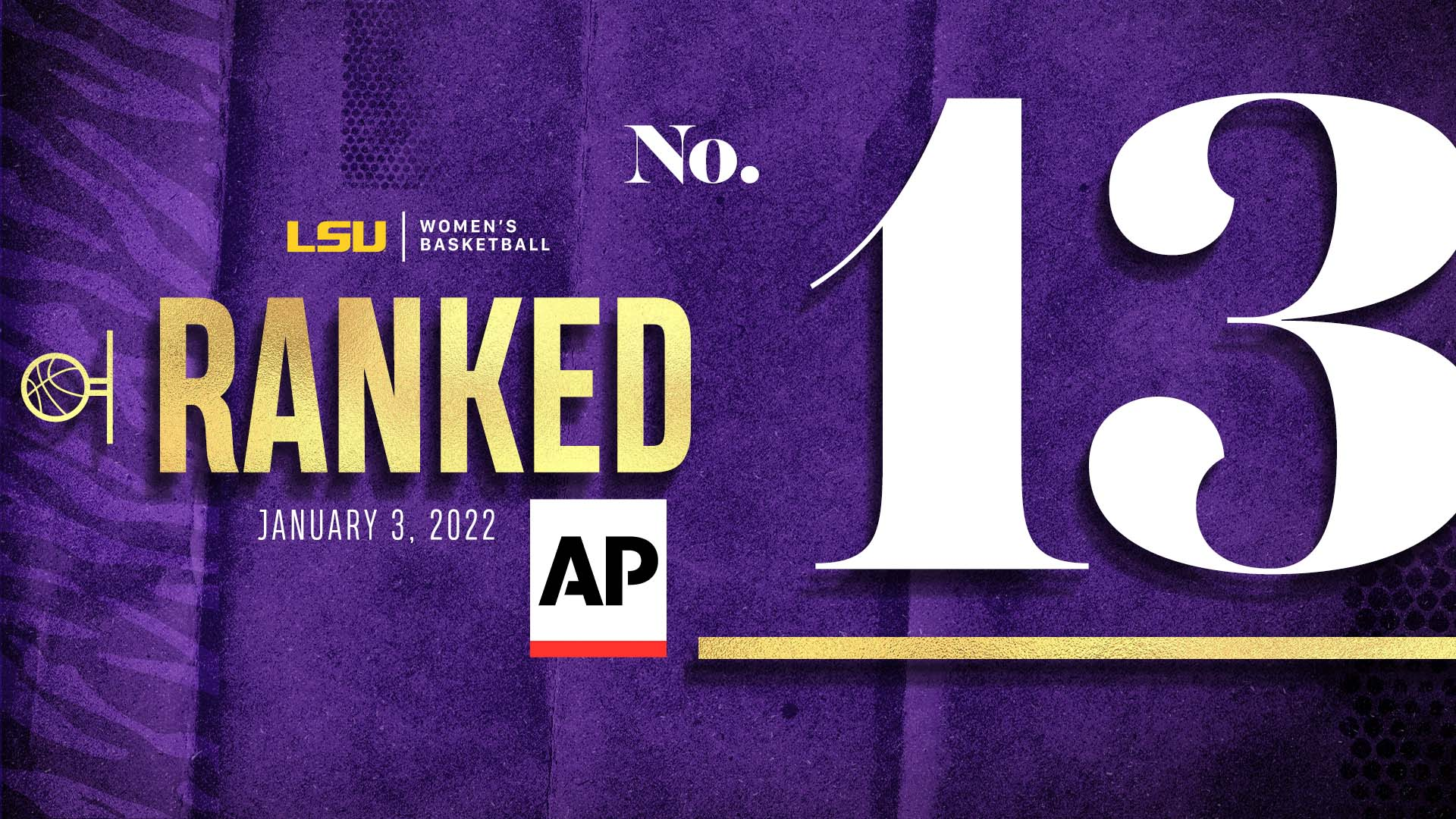 BATON ROUGE – The LSU Women’s Basketball team has sprung to No. 13 in Monday’s AP Poll after opening SEC play up with victories at then No. 13 Georgia and at home over No. 23 Texas A&M last week.

LSU has its largest test of the season coming up on Thursday when the Tigers host No. 1 South Carolina at 7 p.m. CT in the PMAC. Fans are asked to wear white and there are $1 general admission tickets available for healthcare workers and first responders.