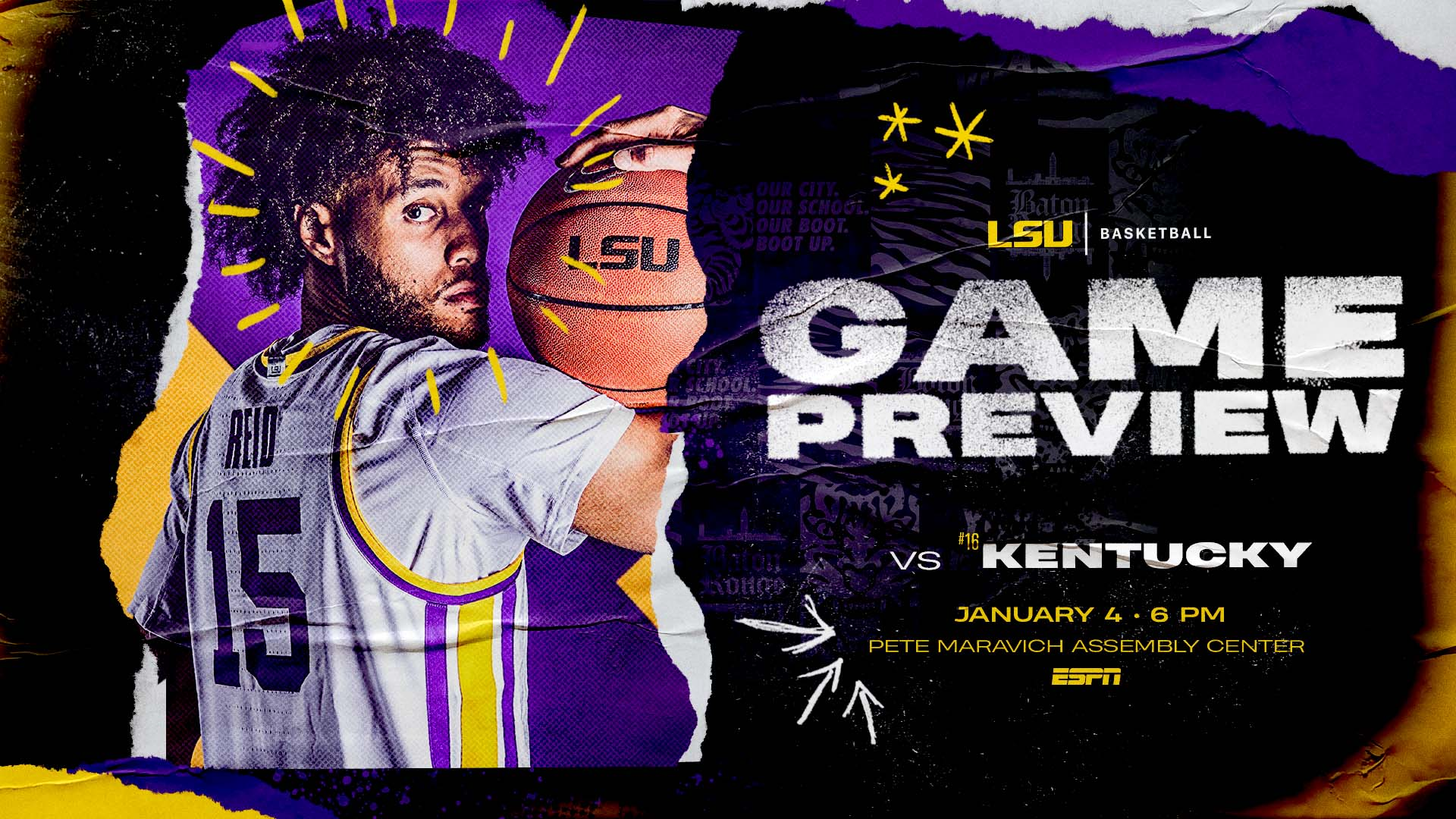 BATON ROUGE – Two nationally-ranked teams meet Tuesday night at 6 p.m. at the Pete Maravich Assembly Center when the No. 21 LSU Tigers host the No. 13/16 Kentucky Wildcats in the second Southeastern Conference contest for both teams.

Prior to the game at 5:45 p.m., a ceremony will be held to name the court at the Maravich Center, Dale Brown Court. Coach Dale Brown, who coached at LSU for 25 years from 1972-97, will also be honored and speak to the crowd at halftime of the game.

The first 5,000 fans will receive a Dale Brown commemorative poster at the game.

In mid-September, the LSU Board of Supervisors voted to name the basketball floor at LSU “Dale Brown Court.” Coach Brown won 448 games, four SEC championships with 13 NCAA appearances and taking the Tigers to two NCAA Final Fours in 1981 and 1986.

Brown was the national coach of the year in 1981 and his 448 victories trails only Adolph Rupp (875) and Billy Donavan (467) in wins at an SEC school. He remains second to Rupp (397) in SEC game victories with 238. He is one of seven coaches to have won at least four SEC championships.

The 86-year-old coach has 18 victories over Kentucky during his tenure and remains one of the winningest coaches against the Wildcats.

The game will lead off a basketball-football night of LSU sports on ESPN with Karl Ravech and Jay Bilas on the call courtside. Patrick Wright will be filling in for Chris Blair and will be joined by former LSU head coach John Brady on the affiliates of the LSU Sports Radio Network (Guaranty Media affiliate 100.7 The Tiger FM in Baton Rouge.

Tickets are still available for the game during the day at the LSU Athletics Ticket Office, online at LSUTix.net and beginning at 5 p.m. at the upper concourse ticket windows at the Maravich Center.

Kentucky won its opening SEC game on Dec. 29 at home against Missouri, 83-56, and the welcomed former coach Tubby Smith back to Rupp Arena, defeating his High Point team, 92-48. The Wildcats have won its last four games by 29, 35, 27 and 44 points.

Tshiebwe came to Kentucky from West Virginia, Grady from Davidson and Wheeler from Georgia.

LSU has three players in double figures in scoring with Tari Eason averaging 15.8 points and 7.4 rebounds with Darius Days at 14.7 points and 8.0 rebounds. Xavier Pinson averages 11.0 points, 3.1 rebounds and 4.5 assists per game.

Coach Will Wade said in his press conference on Monday that Brandon Murray, who was held out of the loss against Auburn last week with a hamstring issue, is listed as a game-time decision. Justice Williams could again see playing time after playing 24 minutes and scoring seven points with three re bounds in his college debut.

This is the first of two games this week for LSU at home, as the Tigers will face Tennessee on Saturday at 5 p.m.