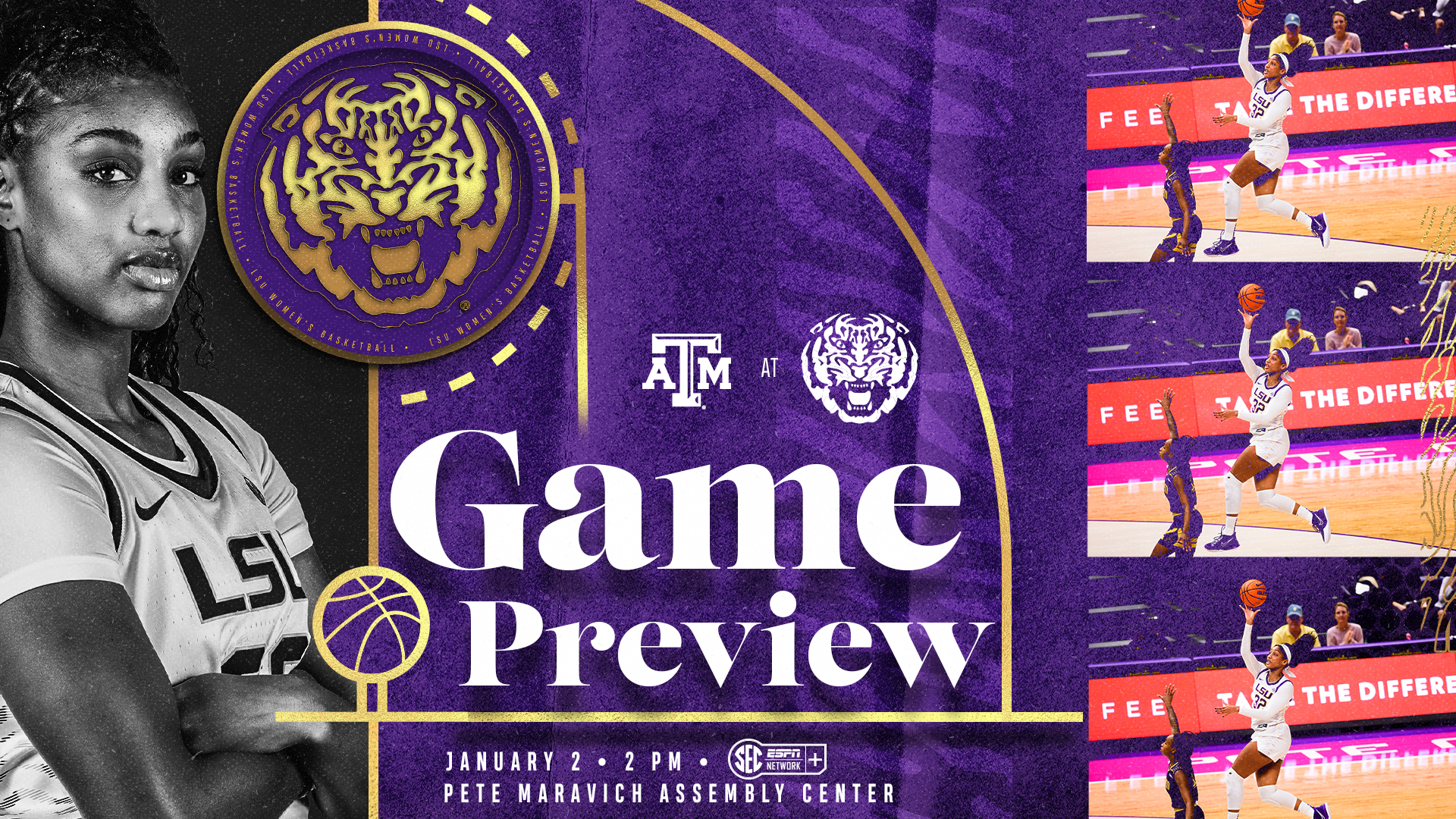 LSU opened SEC play on the road at No. 13 Georgia with a 68-82 victory as Head Coach Kim Mulkey won in her conference debut. Guard Khayla Pointer had 21 and hit two big threes late in the fourth quarter to give LSU the winning edge and center Faustine Aifuwa had 17, owning the paint in the victory.

“The intensity, the passion, the importance of that game in the moment prepares you for the next one”

The game will be able to be streamed online on the SEC Network + with Lyn Rollins and Victor Howell and fans can listen to game on the LSU Sports Radio Network, 107.3 FM in Baton Rouge.

Any educators coming to the game will have the opportunity to purchase $1 tickets when they show an ID at the LSU Ticket Office.

Sunday’s matchup will figure to be high scoring as both teams average north of 75 points per game. LSU’s pointer has averaged 17.4 points per game and joining her in the backcourt with 13.3 points per game has been Alexis Morris. Morris, who played for Texas A&M last season, has brought energy on the offensive and defensive ends since joining the Tigers.

Aifuwa has been starting to find her groove as well, scoring in double figures in five of the past seven games in a stretch that has included two double-doubles. Autumn Newby and Aifuwa have been a key players in LSU’s rebounding efforts where the Tigers rank No. 11 in the nation with a +11.8-rebounding margin.

Now the Tigers will welcome Texas A&M, the nation’s top three-point shooting team, to Baton Rouge. The Aggies, who’s SEC opener on Thursday against Vanderbilt was postponed due to Vanderbilt health and safety protocols, are shooting 43.5 percent from beyond the arc. Four Aggies – Kayla Wells, Qadashah Hoppie, Jordan Nixon and Destiny Pitts – shoot the three ball above 40-percent as LSU’s perimeter defense will be put to the test.

“It’s not how many they shoot, it’s how well they shoot it,” said Coach Mulkey. “We’ve got our hands full, and we feel like we will see zone, zone, zone and zone. He’ll (Coach Gary Blair) will press you some, but it’s more of a zone press. His strengths are his perimeter players.”

Texas A&M Head Coach Gary Blair will make his final trip to Baton Rouge as prior to the season he announced this would be his final year. He is the winningest women’s basketball coach in Texas A&M history and him and Coach Mulkey go way back. He was the assistant coach at Louisiana Tech where Mulkey played point guard and together they won two national championships. When Blair got the head coaching job at Stephen F. Austin, Mulkey got her start in coaching as she took over for him as an assistant at Louisiana Tech. After Coach Mulkey went to Baylor the two coaches matched up consistently with Blair coaching at Arkansas before taking the Texas A&M job. Coach Mulkey owns a 19-5 career record over Coach Blair.