Lauren Clark with the trophy from the Citrus Golf Trail Invitational 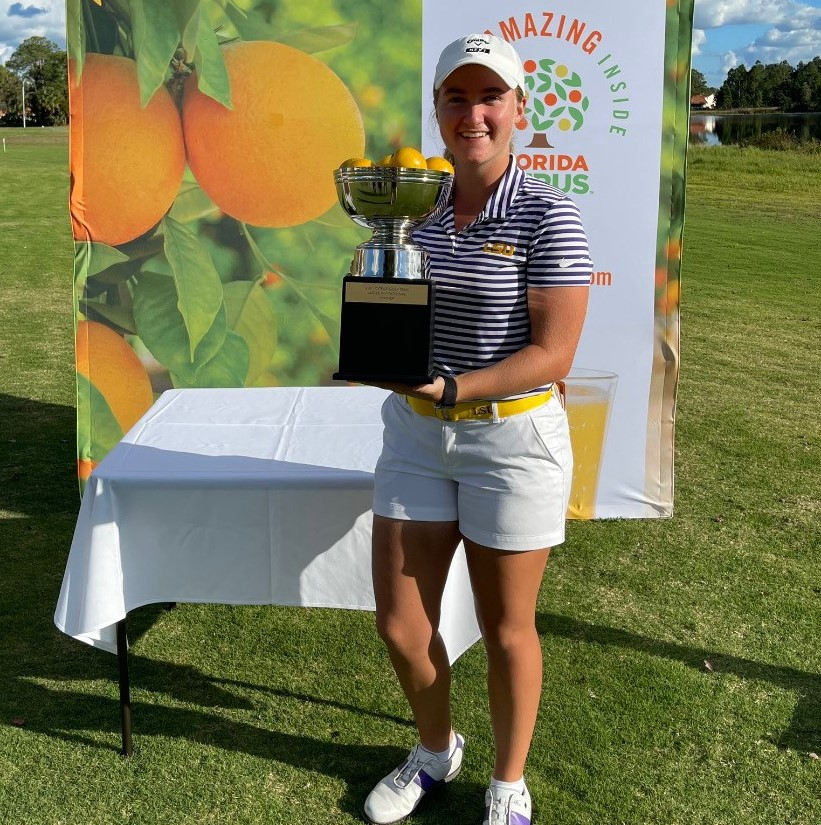 Clark shot a two-under par round of 70 in the fourth and final round to post a 72-hole total of 1-under 287, one shot better than Minji Kang of Korea who finished with an even par 288 after a final round of 73.

Clark’s win featured a strong comeback over the final nine holes as she trailed Kang by four shots at the turn.

The Orlando, Florida native fired a closing nine of 2-under 34 to get the win, with birdies on holes 10 and 11 and then seven straight pars. Kang dropped two shots coming home, including a bogey on the 17th hole to break the tie between her and Clark.

This was the 67th annual event that until this year was known in amateur circles as the Harder Hall Tournament. It was played at the Harder Hall Country Club but this year moved to a rotation of courses on the Citrus Golf Trail.

LSU junior golfer Latanna Stone won the 65th event at Harder Hall in Jan. 2020. Some of the top stars in women’s golf have won the tournament over the years.