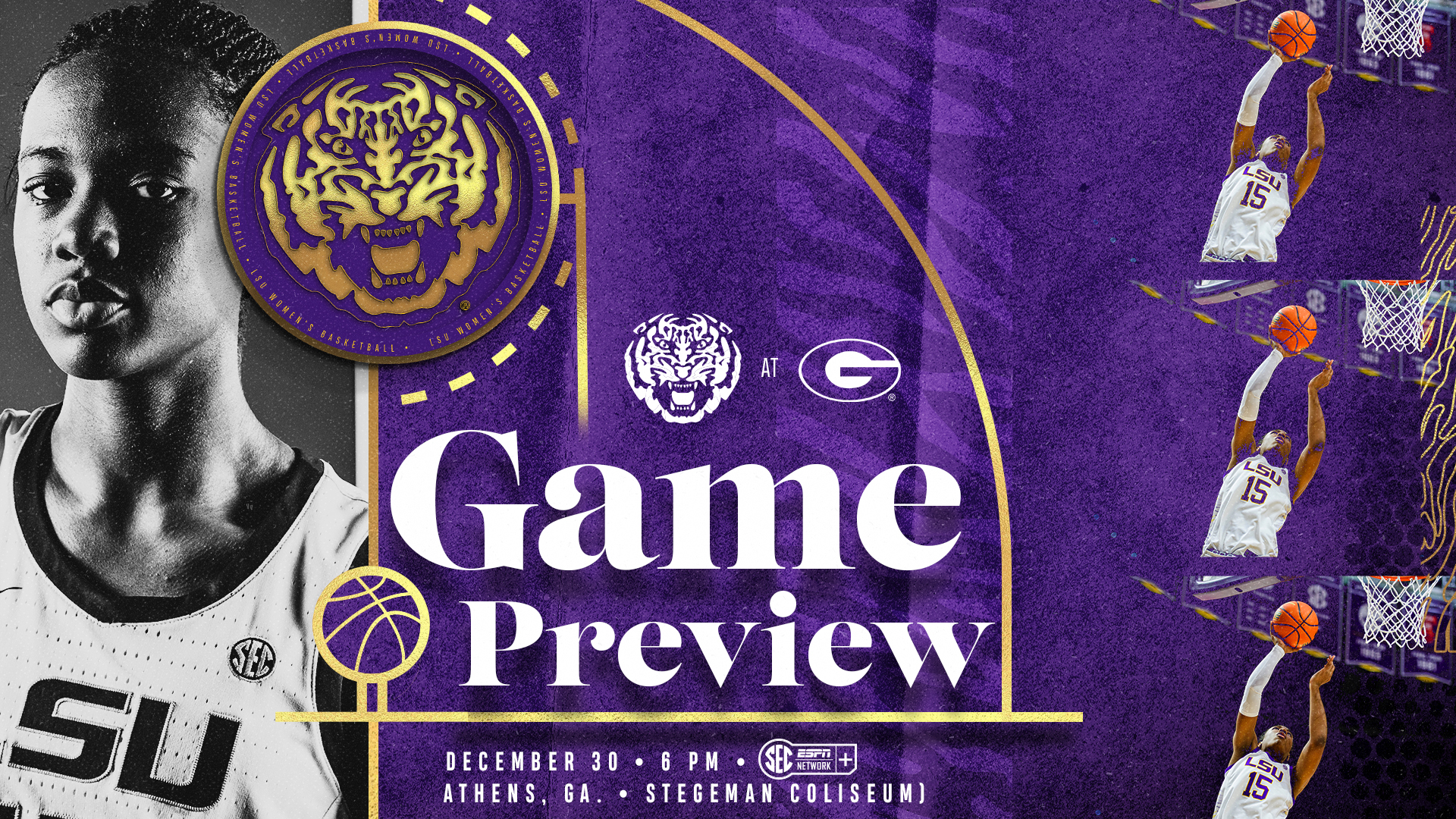 Thursday will be the first of three games against ranked opponents the Tigers have to begin their SEC schedule. LSU will host No. 23 Texas A&M on Sunday at 2 p.m. and then it will welcome No. 1 South Carolina to the PMAC next Thursday.

The Tigers will put their 11-game win streak on the line Thursday in Athens as they take a step up in competition. In LSU’s only other game against a ranked team, the Tigers knocked off No. 14 Iowa State, 69-60, in early December.

“Georgia, a very good team,” said Head Coach Kim Mulkey. “Very similar to us. Quickness on the perimeter. Athleticism. Older players. I think it’s going to be a typical SEC, good basketball game. I think it’s going to boil down to who makes the plays in the clutch, either defensively or offensively. In this league when you’re so similar and there’s very little difference between you, it usually boils down to somebody making a big play when the game’s on the line.”

Thursday’s game will be streamed on the SEC Network + with Matt Stewart, Mark Slonaker. Fans can listen to the game on the LSU Sports Radio Network, 107.3 FM in Baton Rouge, with Patrick Wright and Shaeeta Williams.

LSU has shown throughout nonconference play the ability to score the ball consistently under Coach Mulkey. The Tigers have scored 70+ in all but two games this season and are averaging 77.54 points per game. LSU has the 13th best shooting percentage in the nation at 46.9-percent. Leading the Tigers on offense has been Khayla Pointer who is averaging 17.2 points and 5.2 assists per game and Alexis Morris who is at 13.7 points per game. Pointer has had five games where shew put up at least 20 points and Morris has scored in double figures in all 11 games she has played in.

Jailin Cherry is coming off a career game where she had 22 points on 11-22 shooting against Samford. Faustine Aifuwa has been LSU’s most effective player in the post with five double-digit scoring games, but equally important on the block will be Hannah Gusters and Autumn Newby.

LSU’s guard play of Cherry, Morris, Pointer and Ryann Payne has shown quickness on the perimeter that is equally effective on the defensive end forcing turnovers as it has been on the offensive end creating opportunities to score points.

“We’ve got four of the finest and quickest guards in the league,” said Coach Mulkey.

Something will have to give on Thursday night though as LSU’s efficient offense will step into Stegeman Coliseum against a Georgia team that has limited opponents to 34-percent shooting and 51.6 points. Jenna Staiti, who leads Georgia with 14.2 points and 7.3 rebounds per game, has been impressive protecting the rim with 30 blocks through 12 games. Que Morrison also averages in double figures with 12.7 points per game and she also leads the Bulldogs with 4.5 assists per game. Sarah Ashlee Barker has 10.5 points per game for Georgia.

Staiti was the ESPN National Player of the Week on December 21 and then on Tuesday Jillian Hollingshead was named the SEC Freshman of the Week. Georgia has skill and depth that will push the ball from defense to offense in a similar fashion to how LSU does.

LSU and Georgia will face off again later in the season in Baton Rouge on February 10. In their only matchup last year, LSU went into Athens to defeat Georgia, 60-52.