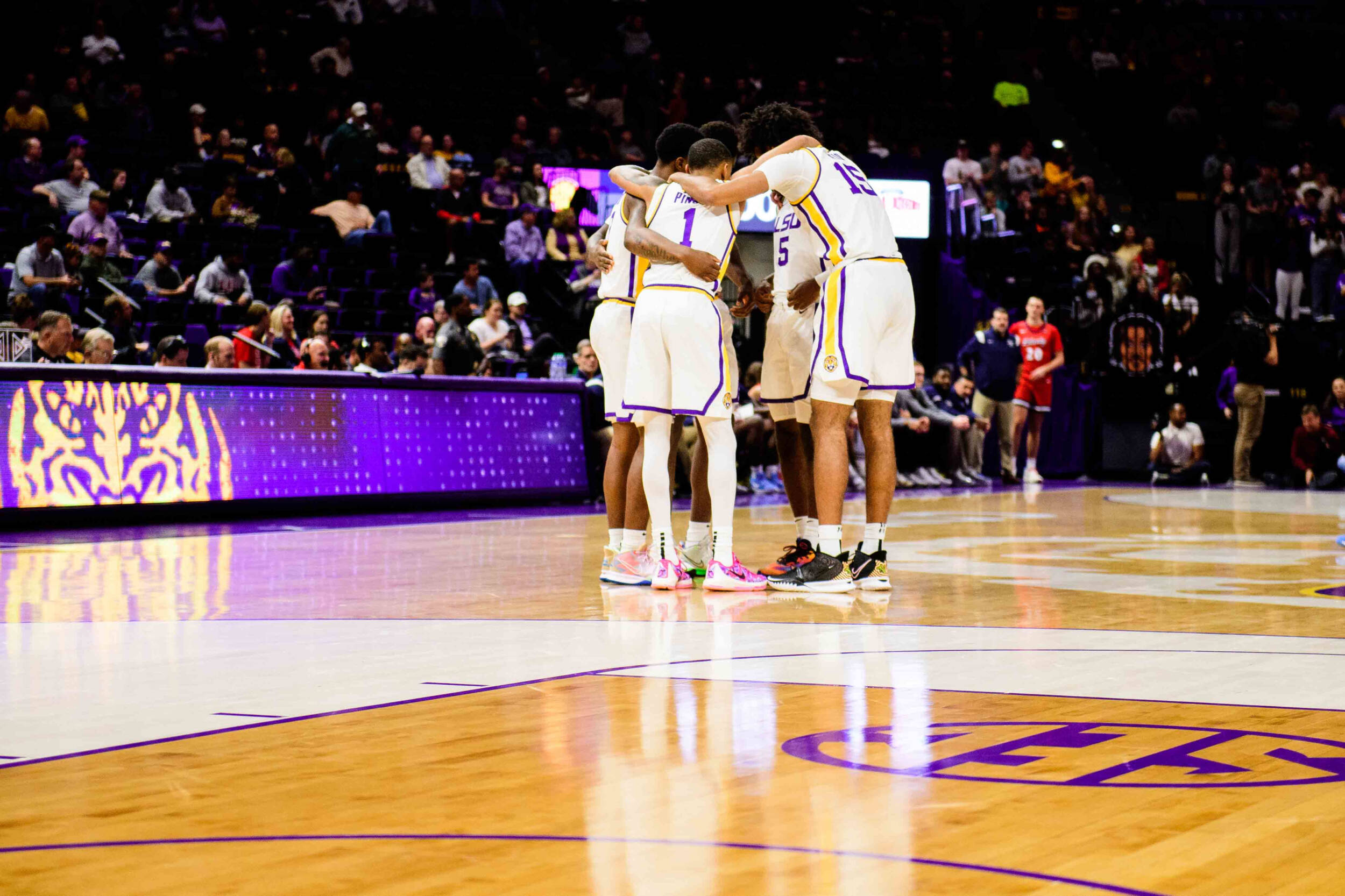 AUBURN, Alabama – No. 11 Auburn jumped out to an 18-1 lead in the first nine minutes of Wednesday night’s Southeastern Conference opener at Auburn Arena and the No. 16 LSU Tigers could not overcome that disadvantage, falling 70-55.

LSU was led in scoring by Xavier Pinson who had 13 points in the contest while Darius Days and Tari Eason each scored 11.

Auburn was paced by Jabari Smith and Walker Kessler with 16 points each. Kessler had 11 blocks in the contest. Wendell Green Jr had 15 points and Allen Flanigan had 10.

LSU was able to get a point to open the scoring on its first possession as Eric Gaines hit one-of-two-free throws, but from there LSU could not get anything to drop, missing their first 16 field goal attempts. Auburn was able to get inside for buckets early but also had two three-pointers in the initial scoring rush.

The Tigers were able to stop the run when Eason got a bucket off a turnover and a free throw to make it 18-4 at the 9:14 mark of the first half.

LSU was able to slowly work itself back into the contest, cutting the margin to seven, 21-14, on a layup by Eason off a Pinson pass.

A couple of Gaines free throws in back-to-back possessions allowed LSU to cut the game to six at 24-18 at the last media timeout of the first half (3:29). The Tigers had a chance to cut it further but two turnovers led to an 8-3 run to close the half with Auburn up, 32-21.

LSU made 5-of-25 field goals in the first half, including 3-of-16 from outside the arc.

Auburn was able to keep the lead at double figures for the first 12 minutes of the second half before LSU made a little run, cutting the game to six again, 48-42, on a Justice Williams three-pointer. The freshman was seeing his first action of the season and played 24 minutes with seven points and two steals.

After a trade of buckets the Tigers had a chance to cut the game even closer but a turnover and resulting five-point Auburn run put the game out of reach for LSU on this night.

LSU has the weekend off and will have two home games next week. LSU will host Kentucky at 6 p.m. on Tuesday night and then Tennessee on Saturday, Jan. 8 at 5 p.m.