No. 19 LSU Closes Out Non-conference Play With 83-47 Win Over Samford 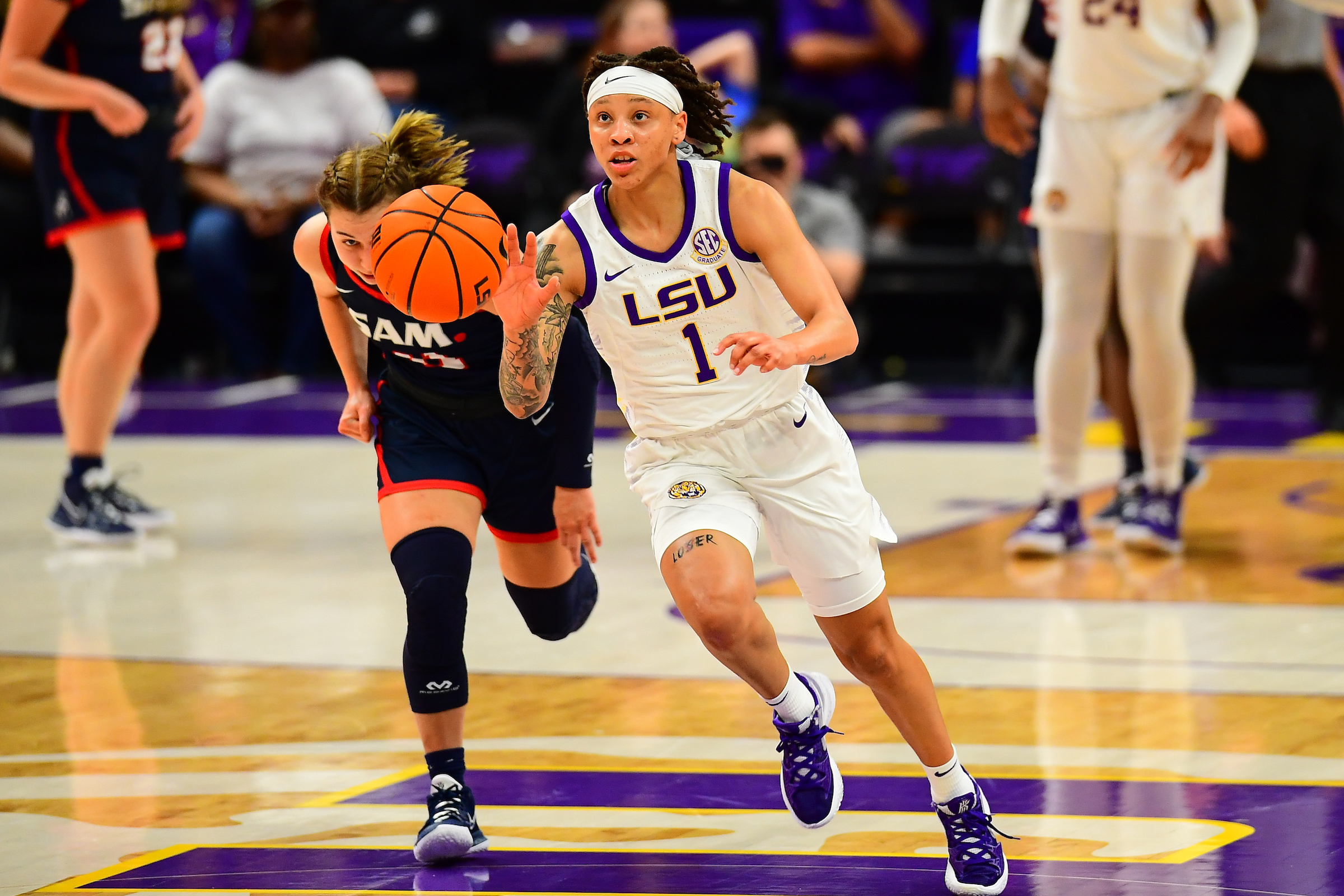 BATON ROUGE – The No. 19 LSU Women’s Basketball team won its 11th game in a row, closing out its nonconference schedule with an 83-47 win over Samford in front of a season-high crowd of 6,614 in the PMAC.

The Tigers will enter SEC play with a 12-1 record, their best nonconference record since going 14-1 during the 2006-07 season. LSU will kick off its conference schedule with games against three ranked teams.

LSU will open SEC play up on Thursday at 6 p.m. CT at Georgia in a top-20 matchup against the No. 13 Bulldogs. The Tigers will return home for their SEC opener on Sunday, January 2 to host No. 23 Texas A&M and then will face No. 1 South Carolina on Thursday, January 6.

“The nonconference is over,” said Head Coach Kim Mulkey. “Flush it. 12-1. The only better is if you’d have gone 13-0. But it means nothing at this point. We want to finish in the upper half of this league, get to the NCAA Tournament and every night is just going to be a battle.”

Jailin Cherry led the Tigers with a career-high 22 points, 16 of which came in the first half. She also added six rebounds. Khayla Pointer had her fourth double-double of the season with 16 points and 11 rebounds, finishing just shy of a triple-double with eight assists. Ajae Petty also had a standout performance for LSU as she also set a career-high with 12 points off the bench.

“It was fun to be out there,” said Cherry. “It is my last season here and my main thing this year was just having fun. My teammates found me and I knocked down shots.”

“It’s just really been a process just trusting in the coaching staff and taking in everything that I can,” Petty said. “I also have great players ahead of me in Autumn (Newby), Hannah (Gusters), and Faustine (Aifuwa). I just learn from them every day and continue to keep my head straight.”

Sussy Ngulefac had a team-high 18 points for and 8 rebounds for Samford and Andrea Cournoyer added 11.

LSU held Samford to 27-percent shooting the ball and the Tigers finished 45.9-percent from the field. The Tigers were dominant inside, finishing with 40 points in the paint. They also forced 16 turnovers which led to 23 LSU points.

After LSU scored the first four points to begin the game, Pointer found Ryann Payne on the left wing for LSU’s first three pointer of the game. Cherry got her first bucket of the game the following possession to give the Tigers a 9-0 advantage before Samford got on the board. Samford hit a three out of the media timeout to go on a 7-0 run and make it a two point game. LSU closed the quarter on a 10-2 run, capped off by Cherry intercepting a pass and scoring on a fast break as time expired to give LSU a 19-9 lead.

Sarah Shematsi scored her only points of the night on a baseline inbound play to give LSU a 30-9 lead as the Tigers opened the second quarter by expanding their lead. Cherry was big in the second quarter, dropping 10 points to bring her scoring total to 16 at the half, tying her season-high. The Tigers held the Bulldogs to just five points in the quarter, going into the half with a 42-14 lead.

In the half LSU limited Samford to 15.6-percent shooting from the field. The Bulldogs were 5-of-32 in the first half and made just one basket in the second quarter.

On LSU’s first possession of the third quarter Pointer cleaned up on the offensive glass and eventually got the ball back, hitting a three from the left wing. Unlike in the first two quarters, Samford scored the ball better in the third and was outscoring LSU in the quarter, 13-11, going into the media timeout.

With 3:06 remaining in the quarter, Cherry set her new career-high as she hit a pull-up jumper from the left baseline. Petty got her name in the scorebook with under a minute left in the third quarter, grabbing a board on the offensive glass and laying it back up and in. With time running out in the quarter Pointer hit a three to give LSU a 62-29 lead.

Petty scored the first five points of the fourth quarter for LSU, including a three-point play to open the quarter. She finished with a career-high 9 points. With LSU holding a commanding lead Grace Hall, who hit a three, and Emily Ward saw action late in the final quarter as the Tigers closed out its non conference schedule with a victory.