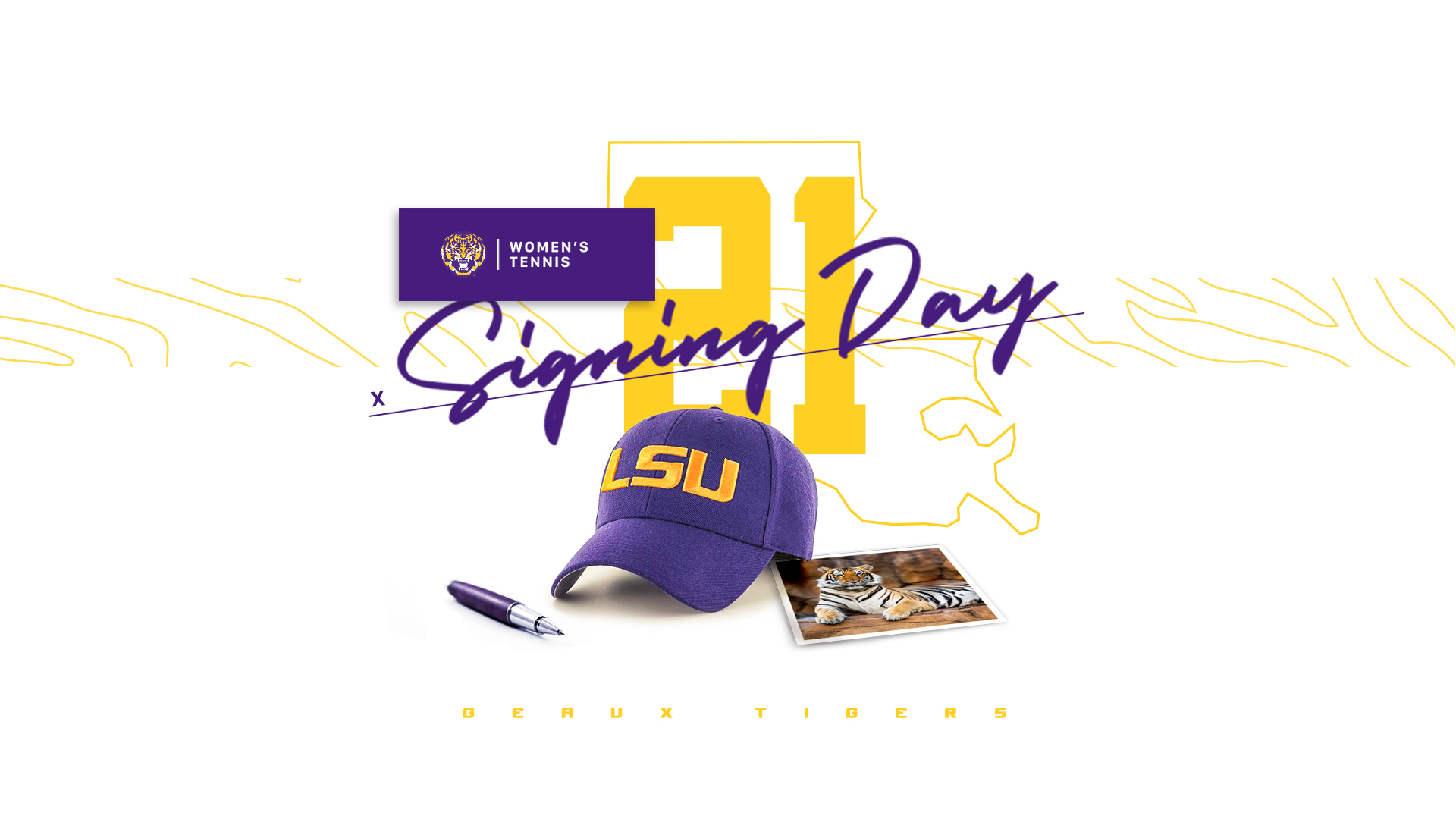 Baton Rouge, La. – LSU Women’s Tennis co-head coaches Julia and Michael Sell have announced the signings of two future Tigers on Thursday. Rania Azziz and Anastasiya Komar have signed their National Letters of Intent and will join the team in January before the start of the 2022 dual season.

“We’re extremely excited to welcome Rania and Anastasiya into our Tiger Family,” co-head coach Michael Sell said. “They both come with great character and are tremendous competitors. They both bring tons of professional and international experience, which will help their transition into dual play.”

Azziz, a native of Decines, France, has spent the past few years playing on the Women’s Tennis Association (WTA) Tour and currently sits at 1479 in the singles rankings and 1208 in doubles. Azziz has picked up five wins against WTA ranked opposition in different tournaments and has enjoyed success in doubles competition as well, rising as high as No. 727.

From Minsk, Belarus, Komar enjoyed success in ITF Junior competitions as she claimed one singles title and five doubles titles alongside earning a career-high ranking of No. 202. On the WTA Tour, she currently sits at No. 1394 in the singles rankings and No. 1099 in doubles. She has two ranked singles wins over WTA opposition, including a win over the current No. 37-ranked player in the ITA Singles Rankings.

“These two are eager to join their teammates in January,” Sell said. “The goal is to continue elevating our standards and returning to the Top 10 and competing for titles. Our team is ready for that and we can’t wait to have Rania and Aanastasiya on campus and competing for the Purple & Gold.”