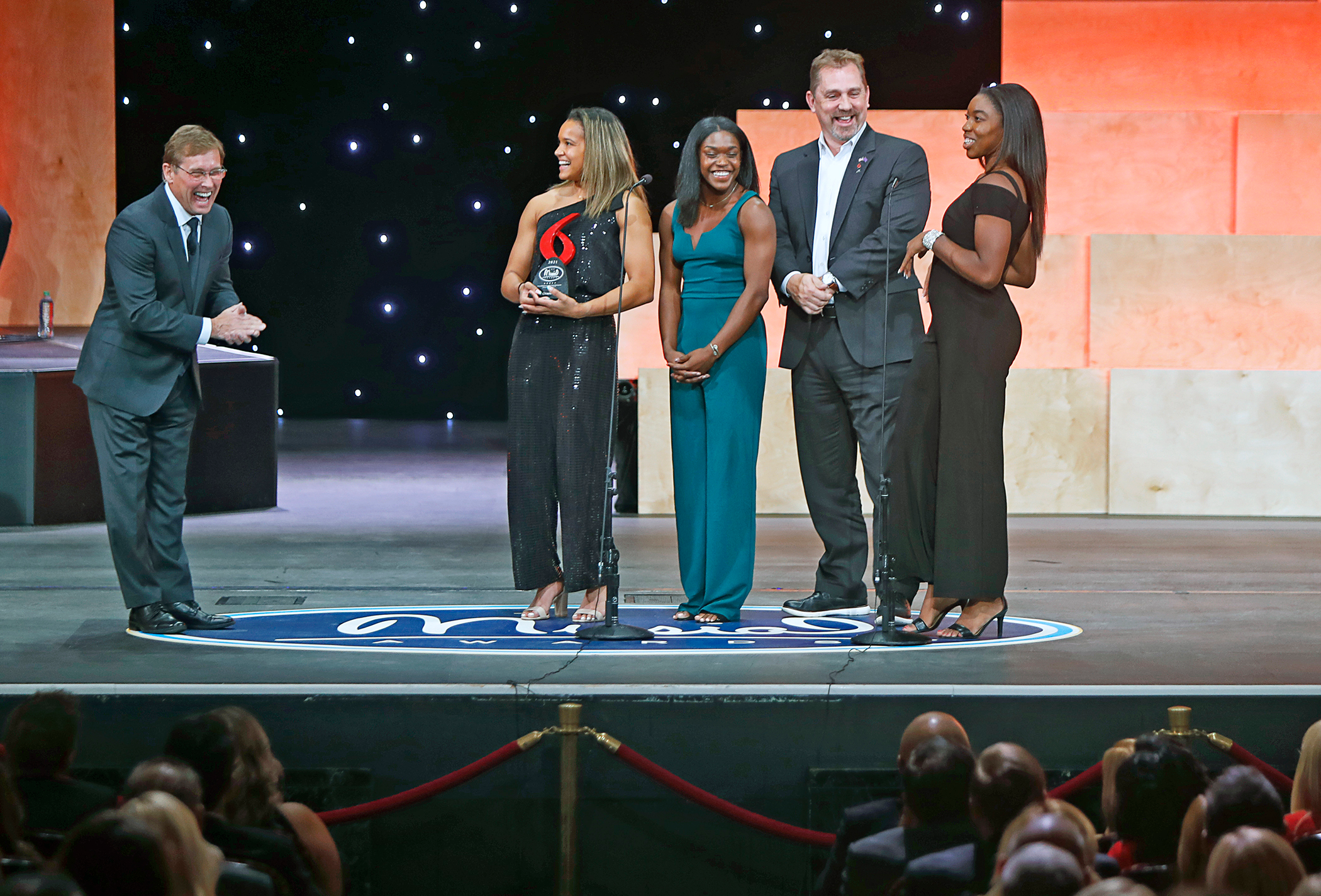 ST. LOUIS – The Musial Awards, which celebrates the year’s greatest moments of sportsmanship and those who embody class and character, will air on the CBS Television Network and stream live on Paramount+ at 4 p.m. CT Christmas day.

The LSU Gymnastics team was honored with the award for sportsmanship at the award show, which took place in November at Stifel Theatre in St. Louis.

“This was a once in a lifetime experience for myself along with Kiya (Johnson) and Haleigh (Bryant), who accepted the award on behalf of the team,” head coach Jay Clark said. “It was an inspiring night of some of the greatest stories in sport. We were truly honored to be a small part of it.”

The committee selected the LSU Gymnastics program after seeing the team welcome UCLA gymnast Chae Campbell at the NCAA Gymnastics Championships. After UCLA did not advance to the NCAA Championships, the LSU squad welcomed Campbell as an individual on the practice day and semifinal competition. LSU gymnasts learned Campbell’s floor routine and performed it in the team corral. After each routine, Campbell was given the stick crown.

“I was unsure and a little nervous what it would be like without my teammates,” Campbell said. “They knew this was my first nationals, and they could have easily focused on themselves because they wanted to win a national championship. But they let me into their group and their team huddles. That was above and beyond.”

The Musial Awards, presented by Maryville University, celebrate the year’s greatest moments of sportsmanship and those in sports who embody class and character. The national event is named for St. Louis Cardinals legend Stan Musial, a beloved baseball superstar and civic icon who was the ultimate good sport.

The Musial Awards live show takes place annually on the Saturday before Thanksgiving at the historic 3,000-seat Stifel Theatre in Downtown St. Louis. The event has occurred in St. Louis since 2005. In addition to keeping Stan The Man’s legacy alive, the mission of the Musial Awards is to encourage kindness, selflessness, integrity and civility in sports and society – and to inspire people across the nation to be good sports. Since 2011, Maryville University has served as the event’s presenting sponsor. The school’s involvement, leadership and generosity have helped make the Musial Awards the most important awards in sports.