Tonya Johnson, who helped LSU to a pair of Southeastern Conference titles and the 1990 Final Four as a player, is returning to her alma mater as head coach of the Tiger volleyball team, director of athletics Scott Woodward announced on Wednesday. 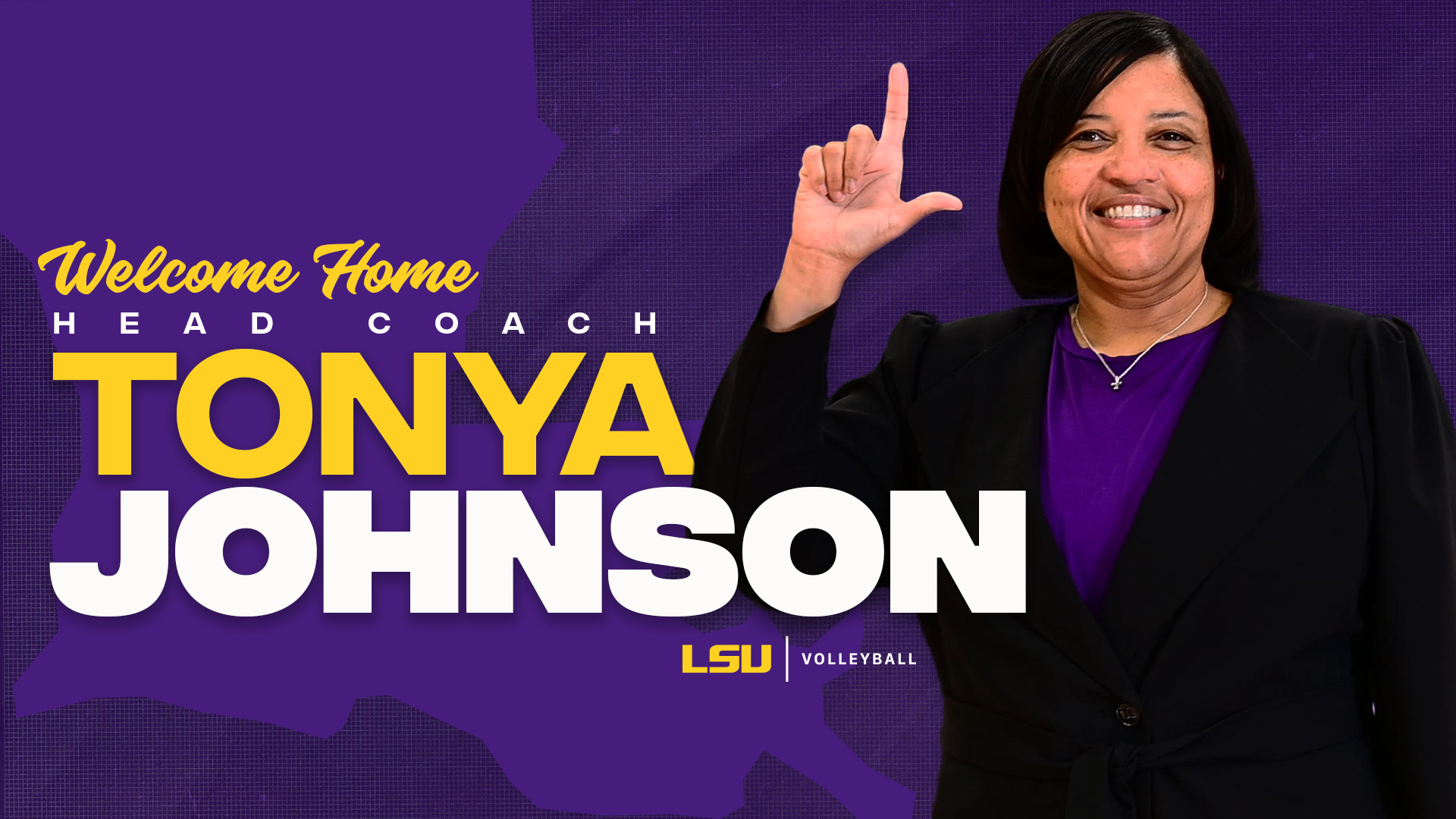 BATON ROUGE, La. – Tonya Johnson, who helped LSU to a pair of Southeastern Conference titles and the 1990 Final Four as a player, is returning to her alma mater as head coach of the Tiger volleyball team, director of athletics Scott Woodward announced on Wednesday.

Johnson, a four-year letterwinner for the Tigers from 1987-90, served as an assistant coach on the LSU staff from 1998-2002. The native of Zachary, La., returns to Baton Rouge after working as associate head coach and recruiting coordinator at Texas since 2014. Her recruiting efforts helped lay the foundation for Texas becoming a volleyball powerhouse during her time in Austin.

“Tonya Johnson understands the championship potential of LSU Volleyball firsthand, and we are excited she is returning home as our head coach,” said LSU Director of Athletics Scott Woodward. “She has recruited and developed elite student-athletes at every stop in her career, and she knows what it takes to compete for championships consistently. I know she will make an immediate and lasting impact on our volleyball program, and we are thrilled to have her back in Baton Rouge.”

In two stints at Texas that spanned 14 years, Johnson was part of Longhorn teams that reached the Final Four five times, including three appearances in the national championship match.

Texas claimed eight Big 12 titles during that 14-year span and compiled an overall record of 356-66 as the Longhorns advanced to the NCAA Tournament 13 times. Texas has finished its season ranked in the Top 5 in seven of the past eight years.

Johnson was a four-year letterwinner at LSU from 1987-90, helping the Tigers to Southeastern Conference titles in 1989 and 1990. She led LSU to its first-ever NCAA Final Four appearance in 1990 and helped the Tigers advance to the NCAA Sweet 16 in 1989.

“It has been a lifelong dream of mine to return to LSU and lead this incredible volleyball program to new heights,” Johnson said. “I am beyond thrilled that I have been given the opportunity to make that dream a reality. The pride and passion that was instilled in me as a player and as an assistant coach has transformed my life, and those values have never left me.

“I am ready to return to Louisiana – my home – and begin the process to help make our student-athletes champions, and our fans and alumni proud. Geaux Tigers!”

Johnson helped lead Texas to the 2020 national championship match, and she coached five Longhorns that earned 2020 All-America recognition, including first-team selections Logan Eggleston and Brionne Butler. Eggleston was named the Big 12 Player of the Year, Big 12 Student-Athlete of the Year and AVCA Southwest Regional Player of the Year.

Johnson served as head coach from 2009-13 at Georgia Tech, where she directed the Yellow Jackets to the 2009 NCAA Tournament. She compiled an overall mark of 85-72 at Georgia Tech and coached 10 All-ACC selections, including four-time All-America Monique Mead.

While at Georgia Tech, Johnson was named the co-head coach of the 2012 U.S. Volleyball National A2 team that earned the silver medal.

Prior to her tenure at Georgia Tech, Johnson first worked at Texas as assistant coach and recruiting coordinator from 2003-08. During her first tenure in Austin, she helped guide the Longhorns to the 2008 NCAA Final Four, following back-to-back NCAA regional final appearances in 2006 and 2007.

In addition to serving as the recruiting coordinator, Johnson worked with the Longhorns’ outside hitters, three of whom received All-America accolades over including Juliann Faucette, the 2007 National Freshman of the Year; Ashley Engle, the 2006 Big 12 Freshman of the Year; and Destinee Hooker, a member of the 2012 U.S. Olympic Team.

Johnson served as the top assistant coach at LSU from 1998-2002 under head coach Fran Flory, and she was responsible for the majority of the Tigers’ recruiting efforts. Johnson began her collegiate coaching career as an assistant under Flory at Kentucky in 1995.

Before becoming a coach on the collegiate level, Johnson taught at Wellington Landings Middle School in Boca Raton, Fla., while serving as an assistant coach at Olympic Heights High School and coaching the Florida Gold Coast club team.