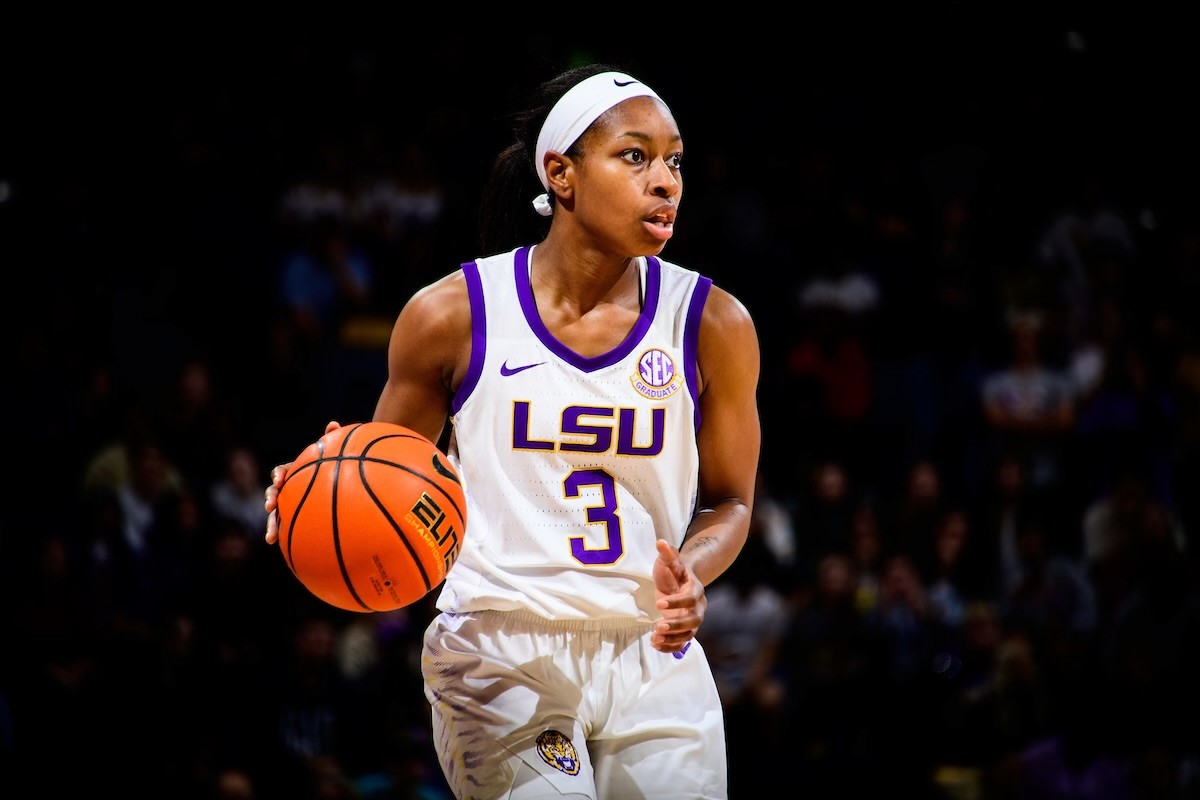 BATON ROUGE – The No. 21 LSU Women’s Basketball team won their 10th game in a row and improved to 11-1 as the Tigers defeated Texas Tech Tuesday afternoon, 74-60, in the squad’s final game in the West Palm Beach Invitational.

“It’s much more enjoyable to get on a long charter flight going back home after a win,” said Head Coach Kim Mulkey. “Merry Christmas to everyone. Thank goodness for all these LSU fans that showed up.”

All five of LSU’s starters scored in double figures led by Khayla Pointer who had 19 points, seven rebounds and seven assists and Jailin Cherry put up a season-high 16 points with five rebounds and four assists. Alexis Morris scored in double figures for the 11th game in a row with 13 points and six assists. Autumn Newby recorded her first double-double of the season with 12 points and 12 assists. Faustine Aifuwa rounded out the double-figure scoring with 10 points and eight rebounds.

“The kids started good,” said Coach Mulkey. “We’ve just got to – in certain parts of the game – clamp down and understand the value of a big lead.”

LSU jumped out to an early lead and never trailed in the game. The Tigers led by 13 at the half and the lead never dipped below 10, but LSU was also unable to extend it significantly in the second half.

“We have to learn how to extend leads,” Coach Mulkey said.

LSU will return to the court two days after Christmas on December 27th, as they are slated to take on the Samford Bulldogs in the PMAC at 6:00 p.m. CT with $1 tickets available to all fans. The game will be available for viewing on SEC Network+.

LSU got off to a 6-0 start with contributions from Pointer, Aifuwa and Morris before Texas Tech got on the board with a pair of free throws. Cherry got on the board off a fast break pass from Morris to give LSU a 10-2 lead going into the media timeout. Out of the media timeout Pointer found Newby on the left block to give LSU a 12-2 lead as all five starters scored in the opening quarter. Texas Tech hit its first bucket of the game, a three, at the 4:27 mark after starting the game 0-5 from the field. Cherry hit back-to-back jumpers to give the Tigers a 16-5 lead as Texas Tech took a timeout. After an answer from the Red Raiders, Cherry hit her third straight bucket. The Tigers led by seven at the end of the first quarter.

Texas Tech made the first shot of the second quarter one minute in to geti within five of LSU, 20-15. Through much of the early part of the second quarter the teams traded points, LSU’s lead never dipping below five. Morris reached double digits for the 12th consecutive game on a driving layup to give LSU a 30-21 game.

A few plays later Pointer hit a jumper to earn her 1,500th career point, giving LSU a 32-24 lead. She hit a three with the shot clock running down a couple possessions later to bring LSU’s lead back to nine and then hit a layup to make it 11. Pointer hit a baseline jumper with time in the half winding down, scoring LSU’s final nine points of the half and led a 7-0 LSU run as the Tigers took a 29-26 point lead into the break.

Cherry became the third starter to reach double digits scoring with her first made shot of the second half. She gave LSU its largest lead of the game, 45-31, a few possessions later. The Tigers led by 12 at the media timeout. At the 2:06 mark Morris stripped the ball, starting a fast break where Pointer found Aifuwa on a no-look pass to build a 15 point Tiger lead. Then after a Texas Tech three pointer, Morris drove baseline drawline contact and sank the runner, completing a three-point play. Everytime the Red Raiders scored, the Tigers seemed to respond and were able to limit Texas Tech from mounting any major runs. Despite LSU’s responses, Texas Tech remained in striking distance heading into the final quarter with LSU holding a 60-46 lead.

After LSU scored the first four points of the quarter, Texas Tech scored the next four, keeping it close enough to mount a late run. Texas Tech hit a three right before the media timeout to make it a 13 point game with 4:51 remaining. But just like in the third quarter LSU limited any major runs with its lead never going below 13.