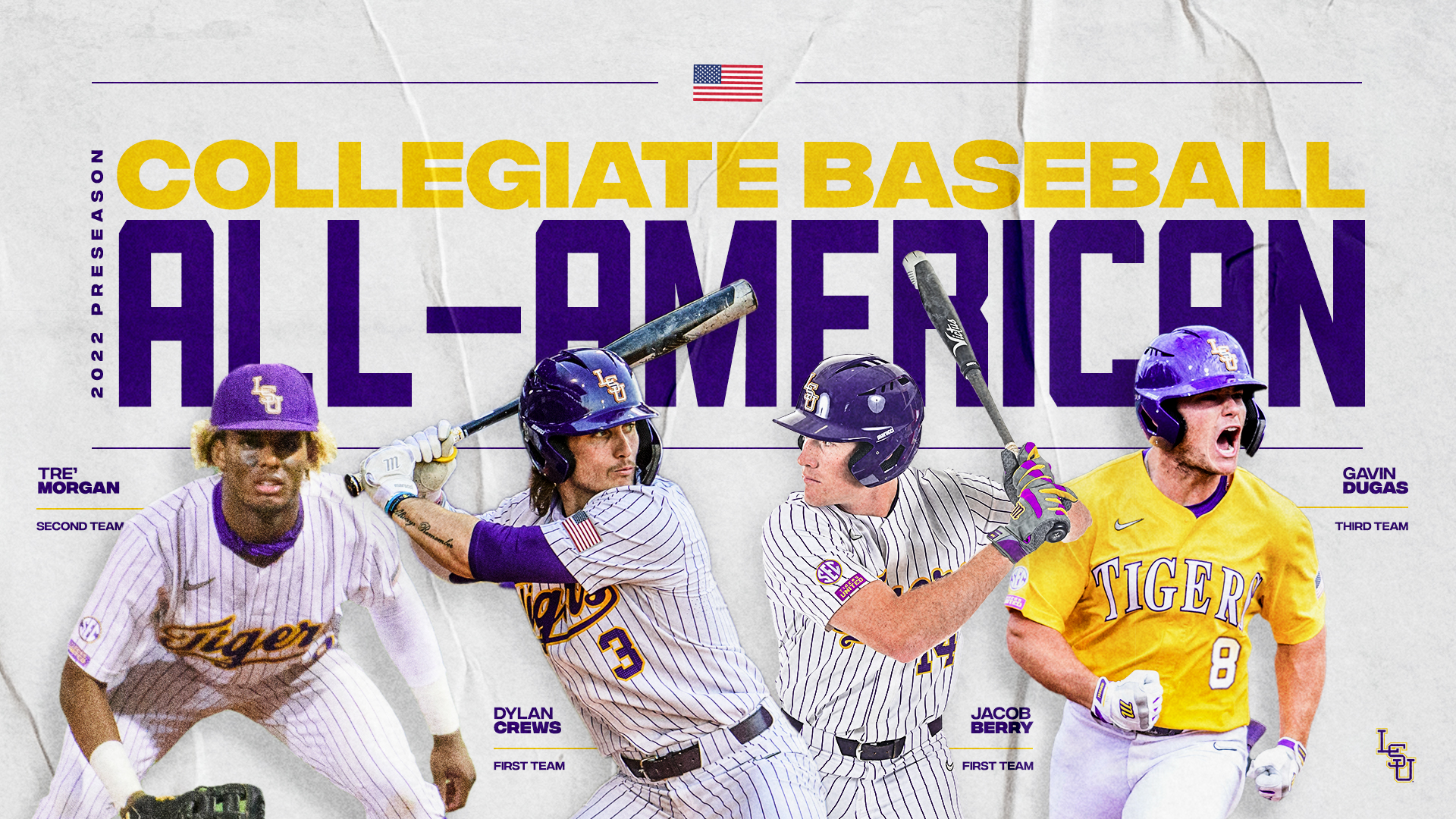 Collegiate Baseball also projected Berry as its 2022 National Player of the Year.

Berry, who transferred this summer to LSU from Arizona, led the Wildcats to the 2021 College World Series and the Pac-12 championship.

Dugas was voted SEC Co-Player of the Week after leading LSU to an SEC series victory in May over Alabama. In the three-game series, he hit .364 (4-for-11) with one double, two homers, five RBI, four runs, one stolen base and a .429 on-base percentage.