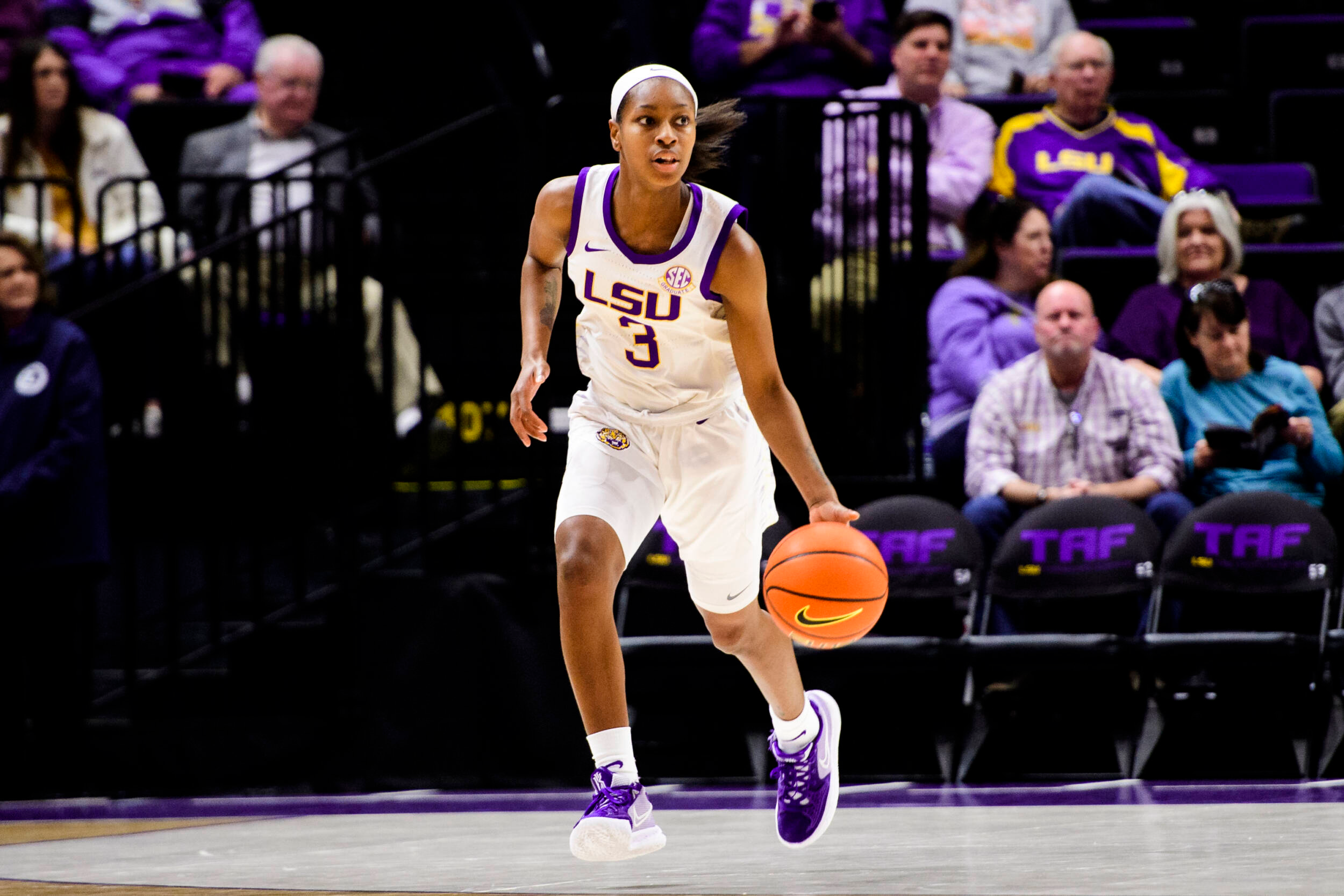 West Palm Beach, Fla. – The No. 21 LSU Women’s Basketball team battled its way to its 10th victory of the season over Clemson, 70–56, Monday night at Keiser University in the West Palm Beach Invitational.

“We just completed one of our goals,” said Head Coach Kim Mulkey. “One of our goals was to win 10 games in the non-conference. We just won 10 games which is more than they won last year.”

Khayla Pointer led the Tigers with 20 points and eight assists. Faustine Aifuwa recorded a double-double for the second straight game with 13 points and 11 rebounds. Alexis Morris also scored 12 points, her ninth game in a row with double figures.

LSU jumped out to a quick lead, but went cold midway through the first quarter before going 4-18 in the second quarter, battling to go into halftime tied. The Tigers played physical in the second half and built a lead to earn their 10th win of the season.

“I thought we got some key rebounds, particularly on the offensive end at certain times in the game. We competed on the boards with them. I’m proud of them.”

The Tigers will play again Tuesday against Texas Tech at 2:30 p.m. CT for their second game in the West Palm Beach Invitational.

LSU shutdown Clemson’s offense through the first minutes of the game, jumping out to an early 7-0 lead as Clemson took a timeout. Clemson missed its first six shots of the game. Morris hit her first three of the game to give LSU a 10-0 lead. Clemson got on the board at the 5:20 mark with a three and ultimately closed the quarter on a 7-1 run with LSU holding a 15-12 lead.

Clemson scored the first four points of the second quarter to take a 16-15 lead, its first lead of the game. After finishing the first quarter on a cold streak shooting the ball, LSU’s offensive woes continued, going through a stretch where it made just 1-16 field goals. But LSU slowly started to get going offensively after a steal and fast break layup from Morris. LSU was able to go into the half with the score tied at 28 despite shooting just 4-18 in the second quarter.

LSU scored the first bucket of the second half to take the lead after Jailin Cherry threw a behind the back pass to Aifuwa who laid it in on the fast break to reach double digits. But Cherry and Aifuwa soon had to go to the bench in foul trouble, bot with three. They were replaced by Payne and Newby with LSU holding a two-point lead. Payne hit a clutch three throughout an 11-2 LSU run as the Tigers built their lead up.

Clemson’s Eno Inyang was called for an intentional foul later in the third and Morris sunk both free-throws and then with LSU holding the possession, Payne hit another three from the right wing to give LSU a 46-34 advantage, its largest lead of the game at the 2:35 mark in the third. Clemson hit a layup with time winding down in the quarter as LSU led by nine, 50-41, heading into the final quarter.

Clemson cut the lead to six, hitting a three on its first fourth quarter possession, but LSU’s Awa Trasi responded with a lay-in. Aifuwa, back in the game in foul trouble, grabbed a critical offensive rebound to give her a double-double and ultimately got the ball back on a dish from Pointer to give LSU a 55-46 lead with 7:29 remaining. After a Clemson free-throw, Morris hit a pull-up jumper getting fouled in the process. She finished the and-one at the free throw line to put the Tigers up 11.

Aifuwa fouled out with 5:16 remaining in the game and LSU with a 58-47 lead.  With 3:32 remaining, Pointer grabbed an offensive rebound off a missed Payne three and she got fouled on the put-back, converting the and-one to give LSU a 12-point lead with 3:30 left. On LSU’s next offensive possession Autumn Newby turned a layup into a three-point play as LSU pulled away with the clock running down. LSU prevented Clemson from going on any runs and closed out the game, 70-56.