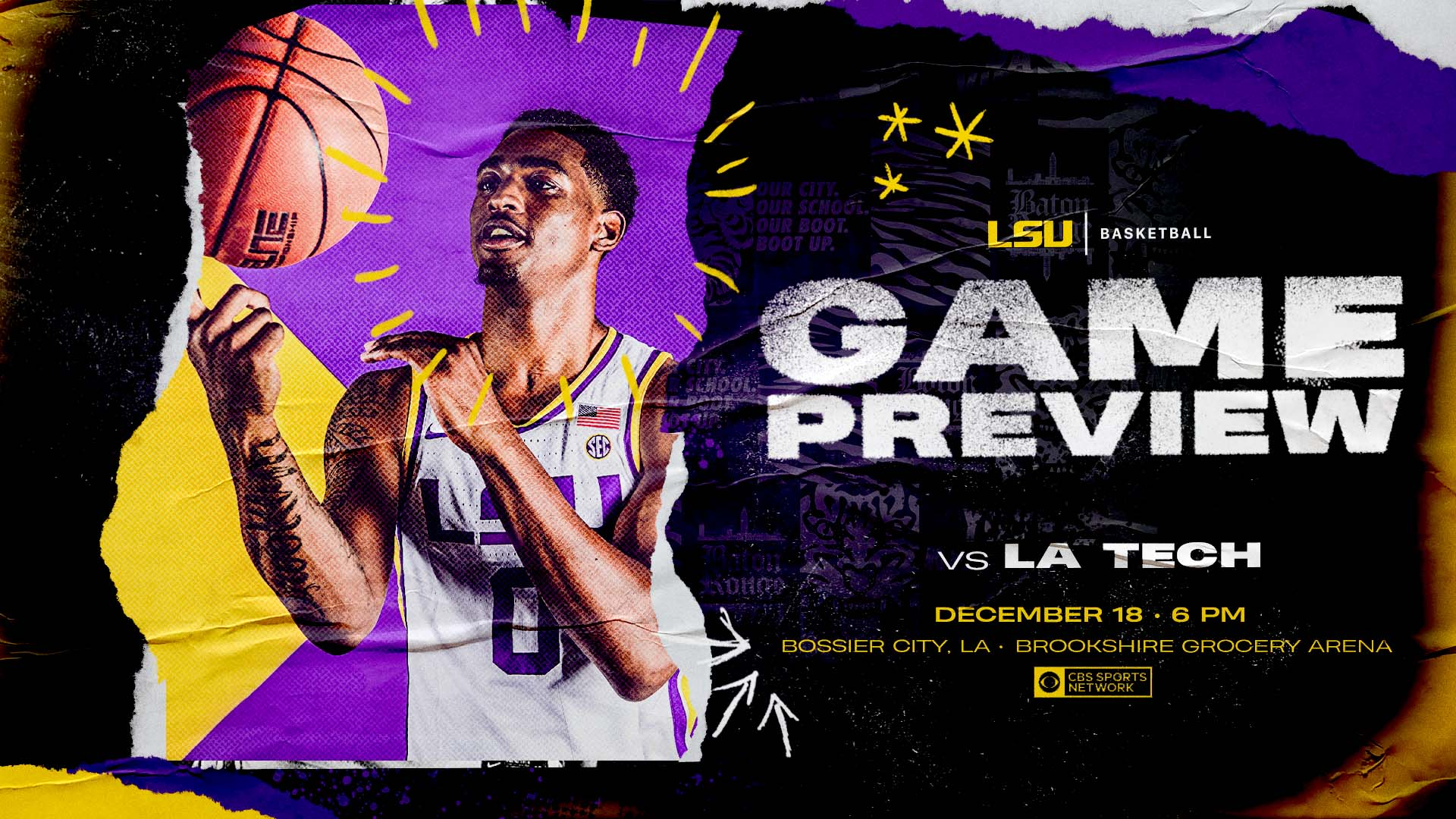 BATON ROUGE – The LSU Basketball team looks to move forward another step Saturday as it faces Louisiana Tech in the Battle of Bossier City Saturday night at 6 p.m.

The game is listed as a technical neutral site game in Bossier City about 70 miles from Ruston and Louisiana Tech. But a sizeable crowd of LSU fans is expected including a couple of buses with LSU students who are traveling up for the contest.

The game will be broadcast on the affiliates of the LSU Sports Radio Network (flagship Guaranty Media station Eagle 98.1 FM in Baton Rouge) with the Voice of the Tigers, Chris Blair, and former LSU head basketball coach John Brady on the call. The game will be televised on CBS Sports Network (CBSSN).

Tickets are available at the Brookshire Grocery Arena web site and at the Arena on Saturday evening.

This game, promoted by Russ Potts Promotions, was supposed to be played last season but the pandemic and the late start to the season delayed the game for a year.

This will be LSU’s third time to play at the Bossier City venue, which has had a couple of different sponsor names over its history.

The Tigers are coming off an 89-49 win over Northwestern State on Tuesday while Louisiana Tech defeated LSU-Shreveport, 84-70. Tech star Kenneth Lofton, Jr., one of the three players in the country averaging at least 19 points and 11 rebounds per game, was inactive for the contest.

Tech averages 81. 2 points a game going against an LSU team which has not allowed more than 63 points in its 10 wins. Besides Lofton, Amorie Archibald averaged 13.0 points and Keaston Willis is at 10.6 markers.

Lofton and LSU’s injured star transfer, Adam Miller, played together on the Gold Medal winning U19 team this summer in the FIBA World Cup.

“I went to watch Adam (Miller) at USA Basketball and Lofton is bringing the ball up the court. I mean he’s a phenomenal … did you watch what he did to us last year,” said LSU Coach Will Wade. “He threw us around like rag dolls. He’s a phenomenal talent. Archibald is a really good player. They are really good. They are really well coached. They are going to have a chance to win the league (C-USA). It will be a really difficult game for us up there.”

The Tigers have started the same lineup each of the first 10 games led by Tari Eason off the bench averaging 15.8 points and 7.4 rebounds. Darius Days comes in averaging 14.6 points and a team best 7.8 boards. Xavier Pinson is at 10.2 points and 4.8 assists, while center Efton Reid, with a 10.2 points average, posted his first college double double on Tuesday against Northwestern State.

The Tigers will close out the pre-Christmas schedule on Wednesday night against Lipscomb at 7 p.m.