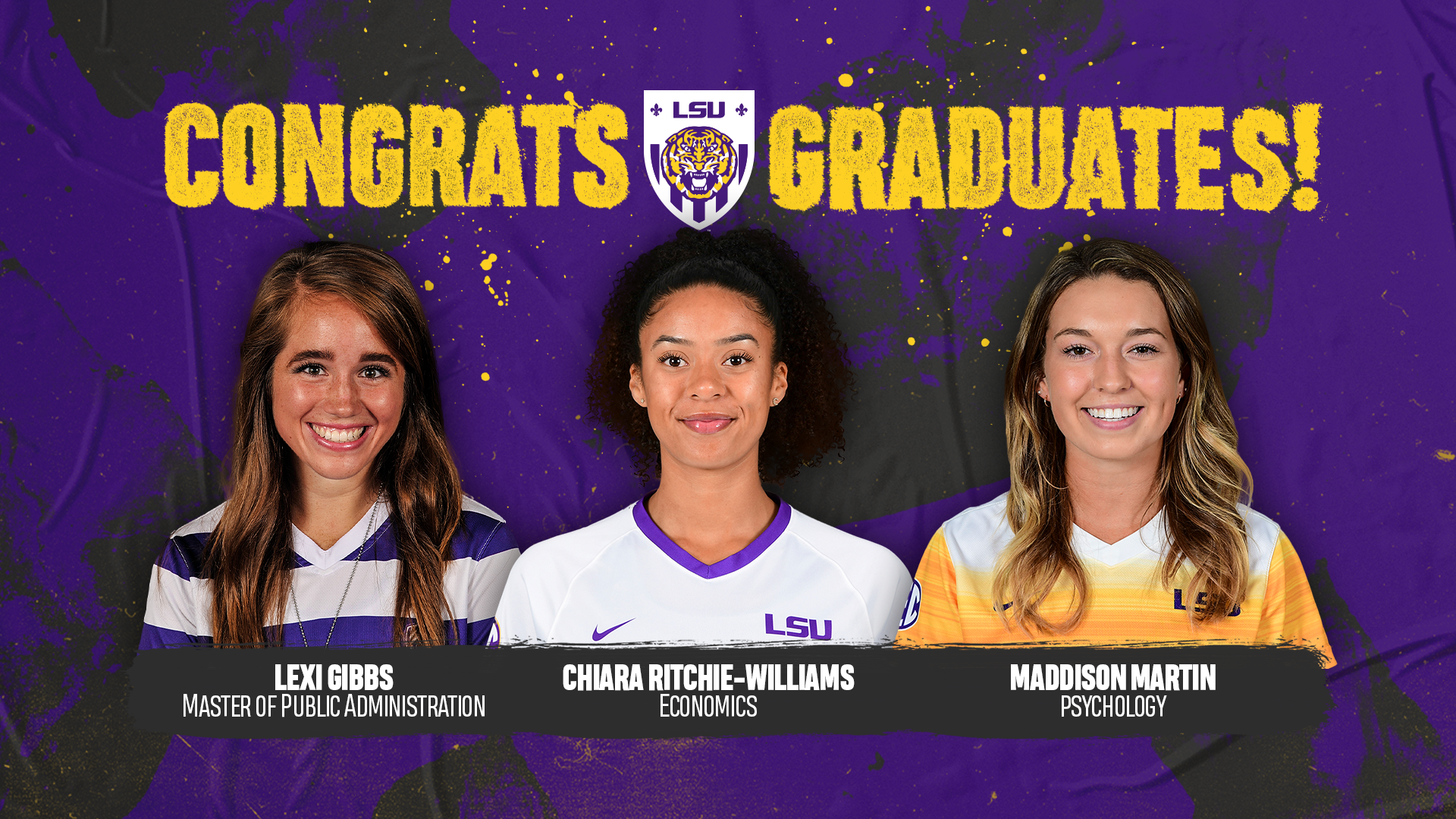 It’s the second degree from LSU that Gibbs has earned; she also graduated in the fall of 2015 with a degree in interdisciplinary studies.

Ritchie-Williams will graduate after becoming the school record holder in minutes played (8,505), matches played (97), and matches started (94). Ritchie-Williams is a 4x SEC Academic honoree, was a member of the 2018 SEC Tournament title team, and helped LSU advance to the NCAA Tournament twice during her time in Baton Rouge (2018 & 2021).

Martin graduates from LSU as a two time SEC Academic honoree and was a member of the 2018 SEC Tournament title team as well.