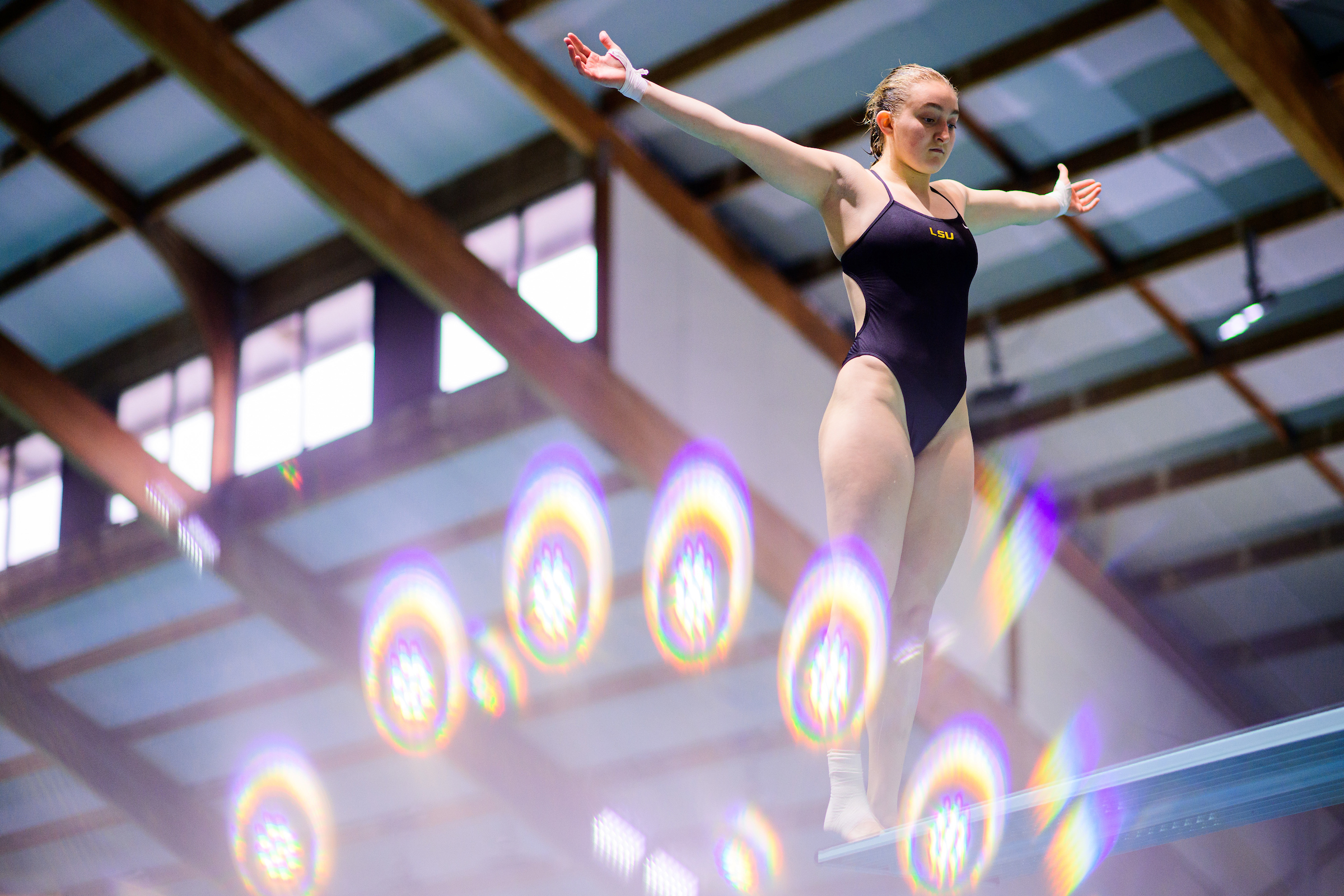 AUBURN, Ala. – LSU diver Juan Celaya-Hernandez swept the springboard events on day three of the Auburn Diving Invitational by placing first in the three-meter springboard final Friday with a score of 430.80.

“Today was a great day with progress and improvement in all areas,” head diving coach Doug Shaffer said.

Celaya-Hernandez, who has won SEC Male Diver of the Week three times this season, completed the preliminary session with a score of 459.30. He placed first in the one-meter final Thursday afternoon with a score of 382.75.

“The quality of the men’s three-meter contest was excellent and quite deep,” Shaffer said. “Juan proved most consistent but had to fight at the end to take the win. Adrian is competing at the top of the field and with Zayne, they are showing great progress and improvement.”

On the women’s side, two Tigers competed on the 10-meter platform. Maggie Buckley, who earned freshman of the week after her performance against Tulane, won the event with a final score of 275.75. This is the first event Buckley has come out on top in during her first season with LSU.

“Big congrats to Maggie on her first collegiate win,” Shaffer said. “Based on what she does day in and day out I knew it was only a matter of time for her to step to the top of the podium.”

Anne Tuxen finished the day with an eighth-place finish on platform with a final score of 209.85.