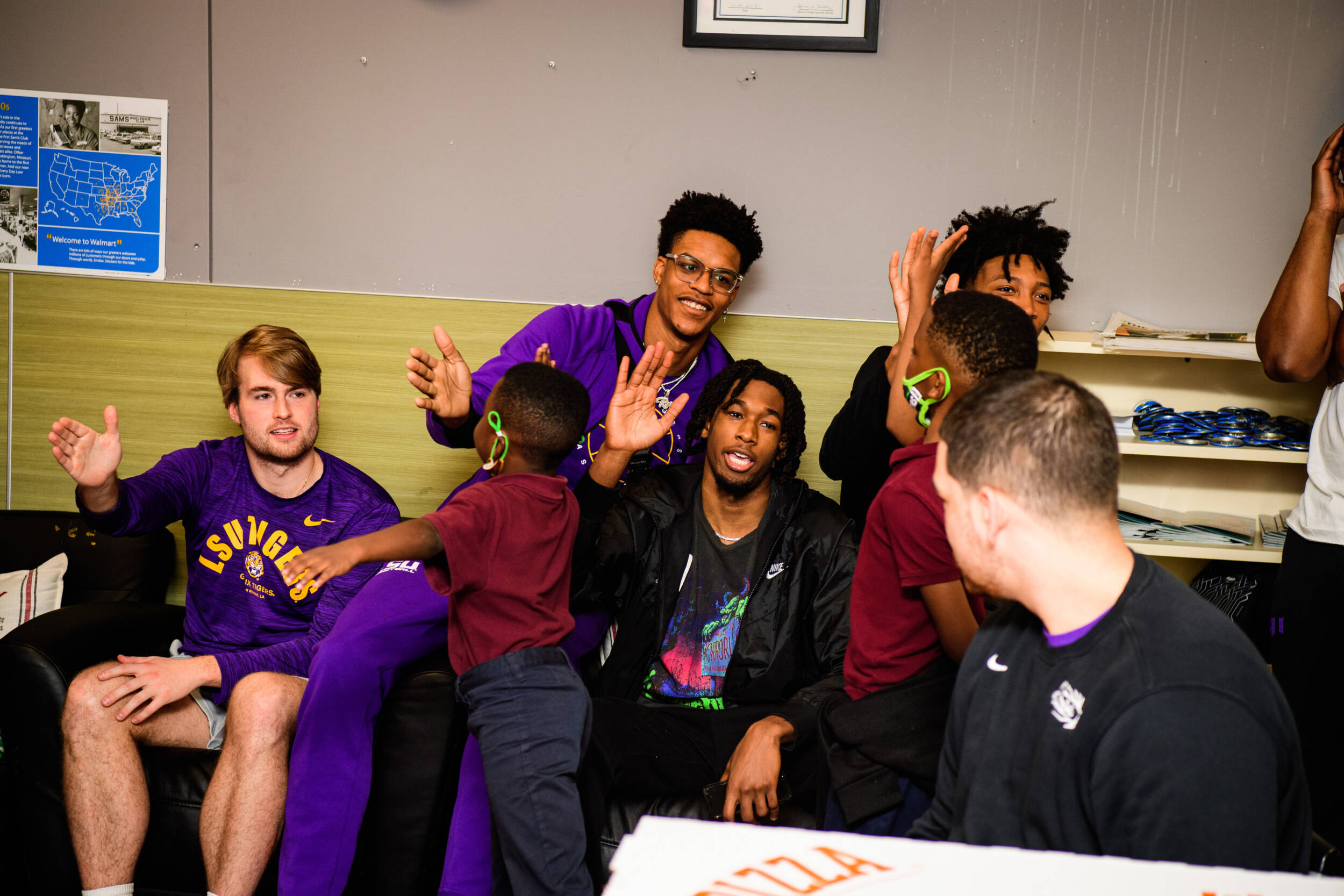 BATON ROUGE – For the fourth time in his five years, LSU Coach Will Wade and the members of the LSU Basketball team went Christmas shopping with members of the Boys and Girls Club of Metro Louisiana at the Baton Rouge Walmart on Burbank Drive.

The event was unable to be hosted in 2020 because of the pandemic but the players with a young child and shopping cart in hand wandered the aisles of the story finding things not only the kids wanted but several things bought for their family.

Some kids appeared to come in with an idea of what they wanted while others took suggestions from their basketball player and members of the staff around to help.

“It’s good for our players. It’s good for the community,” said LSU Coach Will Wade. “The players get a lot of fun out of seeing the kids have a good time and seeing the kids get excited about what they get for themselves and for their families. It’s a fun experience for everybody all around.”

Coach Wade has done this, with the exception of last year, every year he has been head coach at Chattanooga, VCU and LSU, following in the tradition of his coaching mentor.

“Oliver Purnell who I worked for, started this while I was at Clemson and I think just about everybody that worked for him does something like this,” Coach Wade said. “This is my ninth year as a head coach, this will be the eighth time we’ve done it … we couldn’t do it last year. It’s something that has been passed down to everybody who worked for Coach Purnell and it is certainly a fun event.”

There were items of all shapes sizes and description purchased by the youngsters with big and small purchases galore which were put in giant bags with the child’s name on it.

After shopping and going through the checkout line, the players and their now happy shoppers moved to the back of the store to dine on pizza donated by Fat Boys Pizza across from Tiger Stadium.

Senior Darius Days has been a part of three shopping trips with the kids and had his route down to a science.

“Today was a great day,” the Raleigh, Florida native said. “We helped some kids get some Christmas gifts for them and their parents. It was a great activity for us. It was a great change from basketball to take care of the kids. It was a great event, nothing but team bonding. My kid got some ice cream, some chips, some gaming stuff. Watching the way he moved around the store, he looked very happy. It’s fun seeing the kids light up.”

For sophomore Tari Eason, this was his first LSU experience in this Christmas tradition.

The 10-0 nationally-ranked Tigers play in Bossier City on Saturday at 6 p.m. against Louisiana Tech before returning to Baton Rouge for a Dec. 22 game versus Lipscomb.