Class of Fall 2021 Honored at The Tribute

The LSU Athletics Department, the Tiger Athletic Foundation, the National L Club and the Cox Communications Academic Center for Student-Athletes on Thursday night honored 18 graduating student-athletes at “The Tribute” in the Bo Campbell Auditorium. 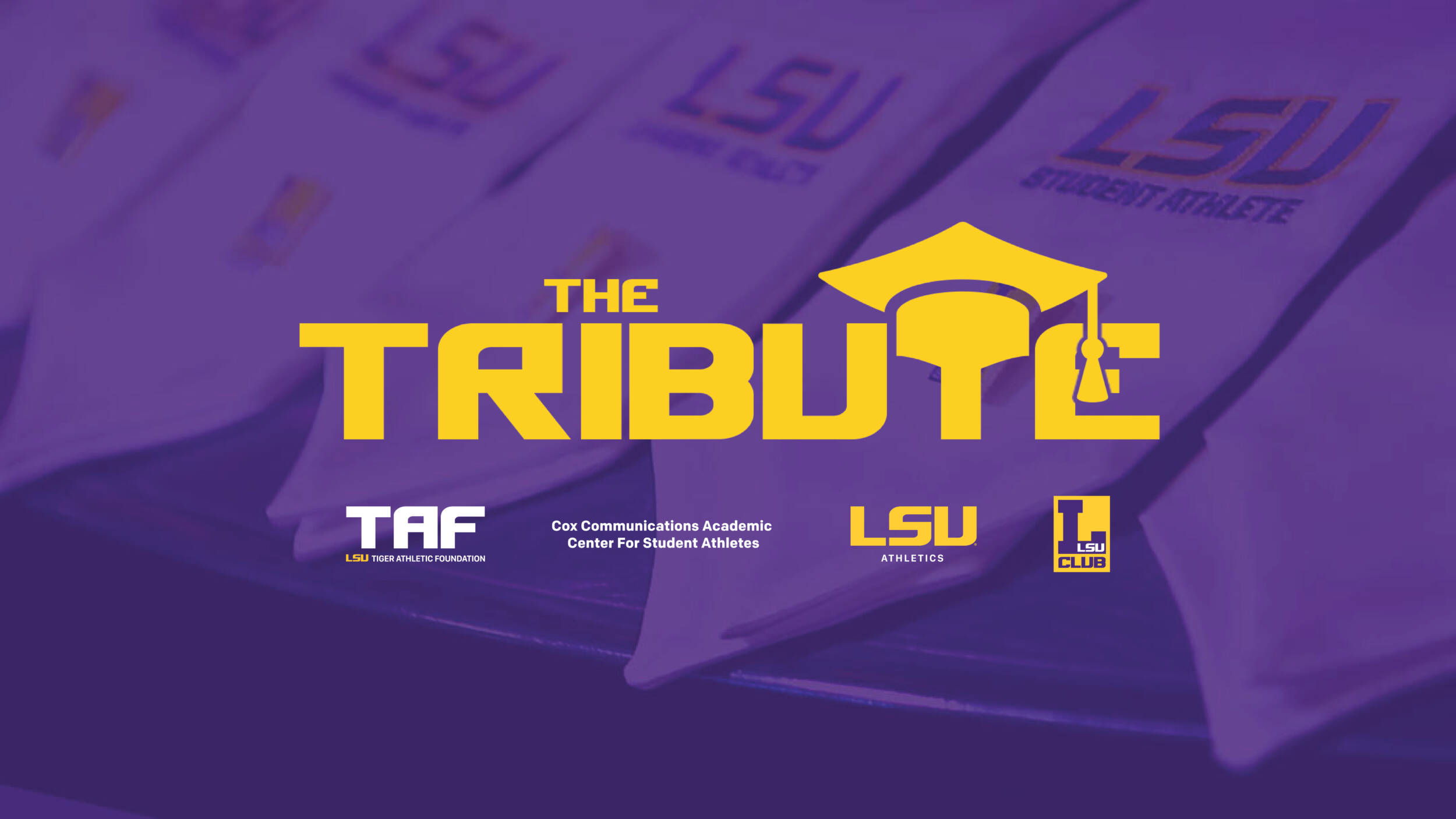 The Tribute recognizes graduating LSU student-athletes and presents them with a special stole made specifically for the event. LSU will hold its Fall 2021 Commencement ceremonies on Friday.

A total of 115 LSU student-athletes have earned degrees in calendar year 2021, including 97 in the Spring and Summer combined, and 18 in the Fall.

LSU’s Graduation Success Rate, determined annually by the NCAA, was 89 for the fourth consecutive year.

LSU, which scored a 90 GSR in 2017, is one of only four SEC schools to score an 89 or higher in each of the past five years. The others are Vanderbilt, Alabama and South Carolina.

Football linebacker Damone Clark is a 2021 second-team All-American, and he is No. 2 in the nation in tackles this season with 135. Liam Shanahan has started every game at center for the Tigers over the past two seasons while working toward a master’s degree in business administration.

All-American sprinter Dorian Camel helped lead the LSU men’s track and field team to the 2021 Outdoor NCAA title. Chiara Ritchie-Williams is LSU soccer’s all-time leader in minutes played, and she is a three-time member of the SEC Academic Honor Roll.

Softball outfielder Savannah Stewart was a 2019 All-South Region selection and a two-time member of the SEC Academic Honor Roll.

Following is the complete list of LSU’s graduating student-athletes: