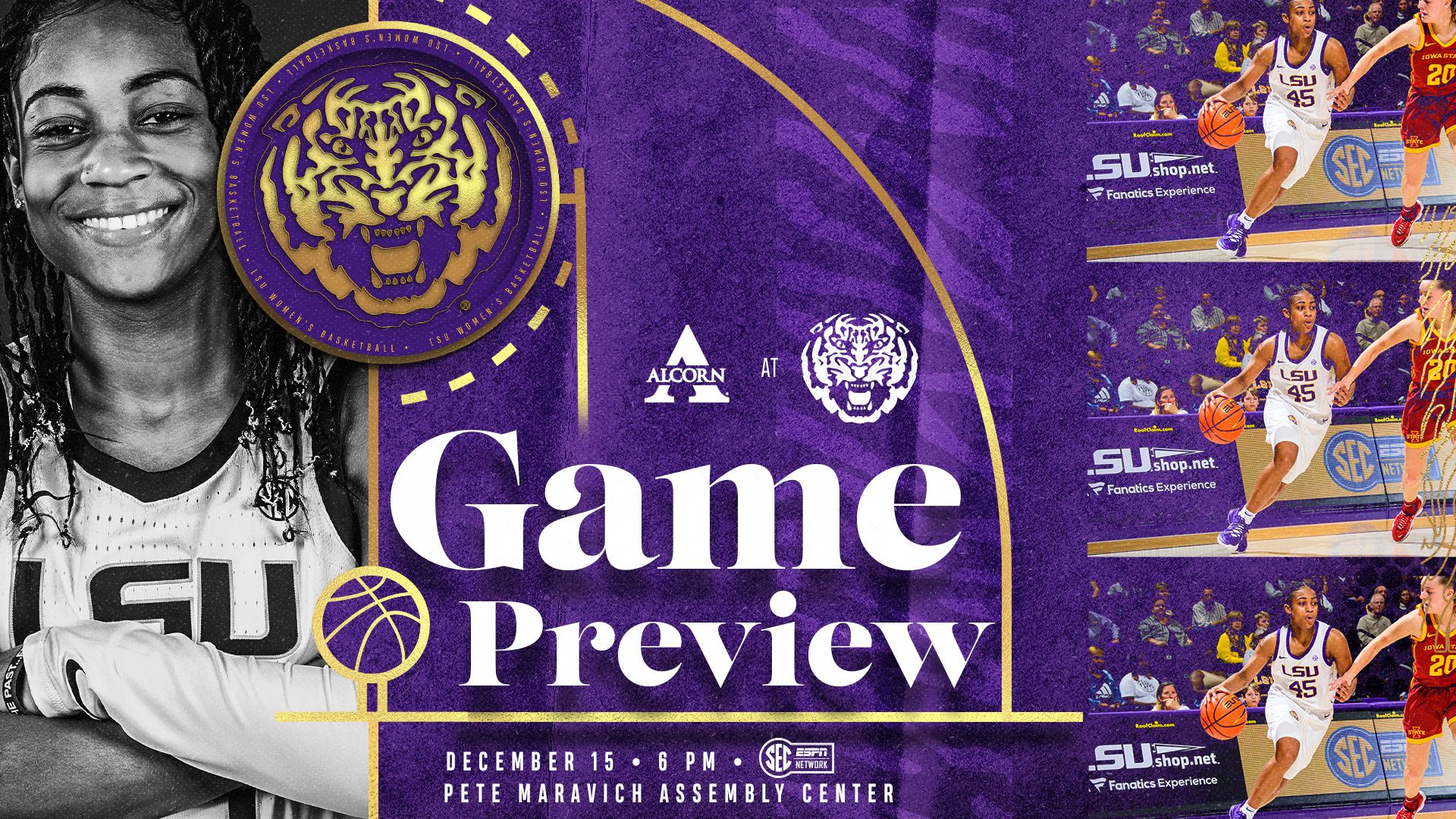 BATON ROUGE – The No. 22 LSU Women’s Basketball team (7-1) will host Alcorn State (1-7) at 6 p.m. CT on Wednesday in the PMAC as the Tigers look for their seventh consecutive win.

The Tigers will be back on the floor Wednesday in a game that will be televised on the SEC Network with Eric Frede and Christy Thomaskutty on the call. Fans can listen to the game on the LSU Sports Radio Network 107.3 FM in Baton Rouge.

LSU will look to continue to shoot the ball well having made 13-of-19 three pointers over the past two games.  The Tigers are shooting the three-ball as well as anybody in the country at 38.4-percent, the 16th highest in the NCAA and second highest in the SEC. They have shot 46.7-percent from the field up to this point which is the 21st highest in the country.

“I don’t mess with shots (mechanics),” Head Coach Kim Mulkey explained. “What I do is I mess with confidence. I want them to be confident to shoot it. Don’t be afraid to shoot it. You miss it, shoot it again. We have really good guards and I think we have guards that have experience.”

The Tigers are in the AP Poll for the second consecutive week and have not lost since the second game of the season against Florida Gulf Coast. LSU is coming off a 96-55 win over Texas Southern on Sunday in which they set new season highs in total points, shooting percentage (.621), assists (26), steals (13) and blocks (7). All 13 players that saw action in the game scored points as Coach Mulkey was able to play some young players with extended minutes in the second half.

Alcorn State picked up its first win of the season on Monday over Tugaloo College. The Lady Braves average 50.4 points through eight games and do not have a player who averages double-digit points. Diamond Hall leads Alcorn State with 7.7 points per game and Akyriale Ford leads the team with 3.6 rebounds per game. The Lady Braves are coached by Nate Kilbert who is in his second season leading the team.

“I don’t care about records,” Coach Mulkey said. “I care about what I see on film. We worked on everything potentially we could see from them.”