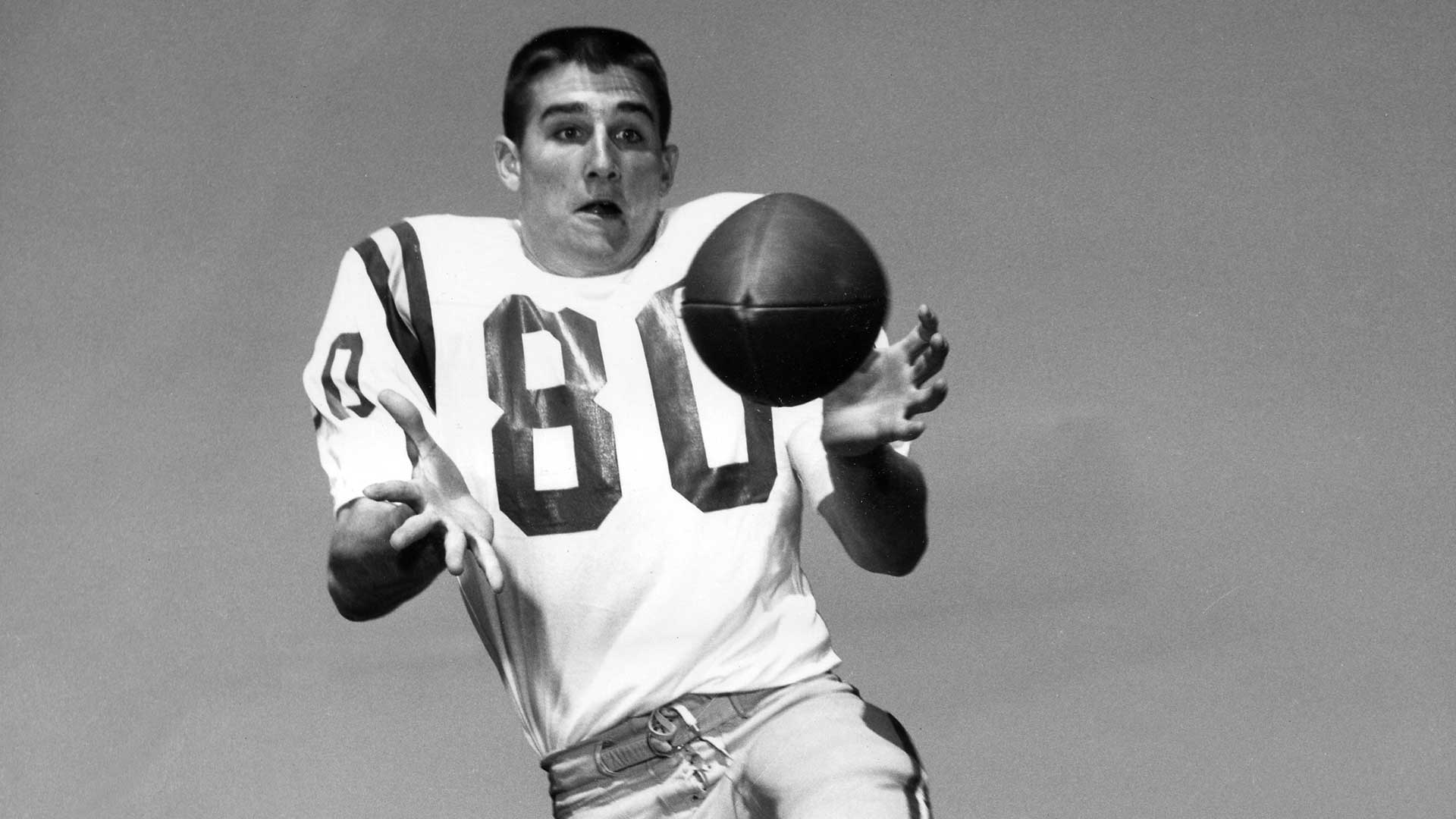 BATON ROUGE – LSU football legend Doug Moreau, who was the Most Outstanding Player in the 1965 Sugar Bowl, is one of seven former bowl participants slated for induction into the Allstate Sugar Bowl Hall of Fame.

The seven-member class of the 2021 Sugar Bowl Hall of Fame will be introduced at the Allstate Sugar Bowl on January 1, 2022 in New Orleans.

Moreau, a Baton Rouge native, did it all for LSU in its 13-10 win over Syracuse at Tulane Stadium. Trailing 10-2 at halftime, LSU tied the game at 10-10 when Moreau hauled in a 57-yard TD pass from Billy Ezell that was followed by a two-point conversion on the Tigers’ first possession of the second half.

With the score still tied with 3:48 to go, Moreau booted a 28-yard game-winning field goal as the Tigers ran their record to 8-2-1 and finished the year ranked No. 7 in the nation.

During the regular season, Moreau had an NCAA record 13 field goals and, combined with his receiving duties, he scored 73 of the Tigers’ 115 total points. Moreau earned All-America honors that season and went on to play professionally for four years with the Miami Dolphins.

Since 1972, Moreau has been a key part of LSU’s award-winning radio and television broadcast crews. He currently serves as an analyst on the LSU Sports Radio Network broadcast of LSU football games. He was part of the broadcast for LSU’s national championships in 2003, 2007, and 2019.

The inaugural Hall of Fame class, introduced in 2017, was composed of 16 stars of the annual New Orleans football classic. This year’s class of Hall of Famers includes one of the greatest coaches in the history of the game, four Sugar Bowl MVPs, a future Pro Football Hall-of-Famer and a three-time All-American; all individuals who left significant legacies in Sugar Bowl lore.

The living members of the fourth class of the Sugar Bowl Hall of Fame have all been invited to New Orleans for this year’s Allstate Sugar Bowl. Attendees and their guests will participate in select Sugar Bowl VIP activities and will be recognized on the field during the pregame ceremony leading up to the annual Sugar Bowl Classic.