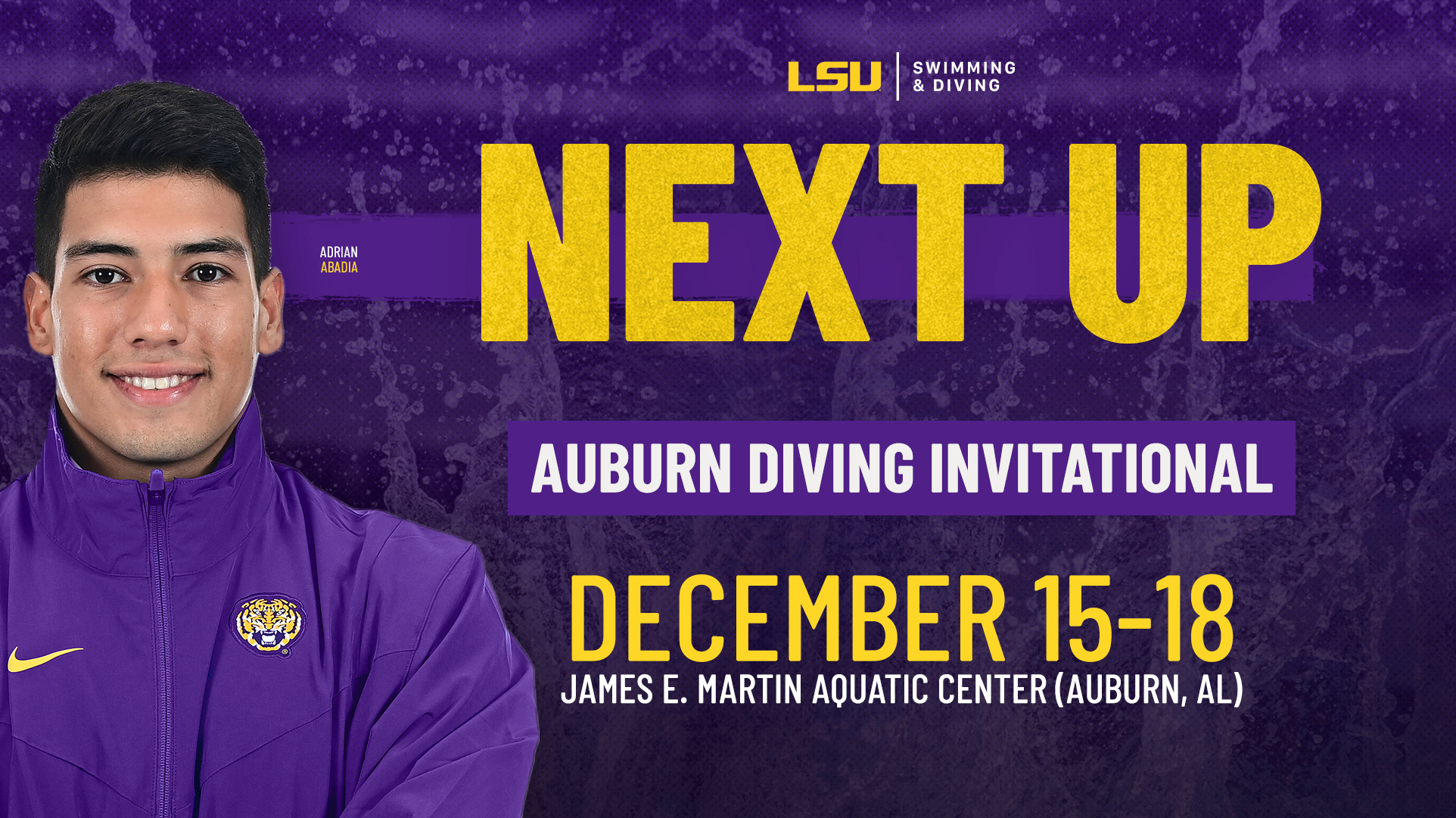 BATON ROUGE, La. – The LSU diving team is set to travel to Auburn, Ala., and compete in the Auburn Diving Invitational inside the Jame E. Martin Aquatic Center. The event will consist of four days starting on Wednesday, Dec. 15 with the Women’s one-meter springboard preliminaries occurring first, followed by the finals.

“We’re excited to travel to the Auburn Diving Invitational,” head diving coach Doug Shaffer said. “Coming right off finals, this event jump starts our campaign toward the Championship season. Due to the nature of the event, we will get multiple competitive opportunities which are very beneficial for experience and serve as a yardstick moving forward.”

For the men, this will be the first chance to compete since the Texas Diving Invitational, where Juan Celaya-Hernandez claimed first place on the one-meter springboard with a score of 414.45. He would qualify for the three-meter springboard final, but was scratched to return home and accept the Nuevo León Sportsman of the Year award.

Freshman Adrian Abadia finished the Texas Diving Invitational with a fifth-place finish on the one-meter springboard, scoring a 383.20.