Tari Eason Is SEC Player Of The Week 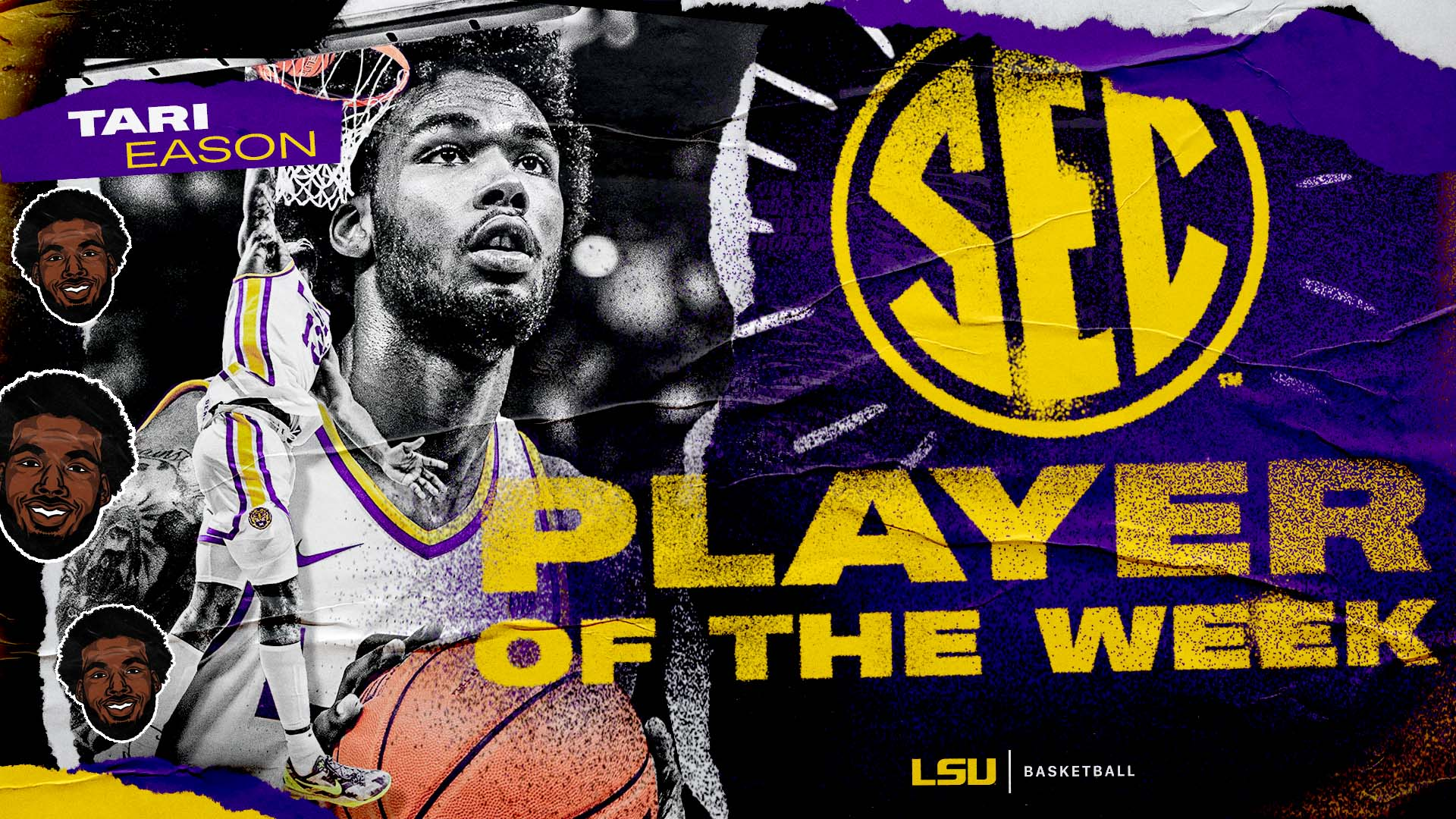 BATON ROUGE – Tari Eason, coming off a 23-point game against Georgia Tech on Saturday, was named the Southeastern Conference Player of the Week announced by the league office on Monday afternoon.

The Tigers, ranked No. 19 in the Associated Press poll and No. 20 in the Ferris Mowers Coaches Poll powered by USA Today, play Northwestern State at 6 p.m. Tuesday night in the Pete Maravich Assembly Center.

Eason scored 16 second half points against Georgia Tech to help LSU rally from a 34-30 halftime deficit to score a 69-53 victory to run the Tigers record to 9-0 on the year.

Eason’s 23-point game was a career high, topping three 20-point games he had at Cincinnati and LSU. The sophomore was 9-of-13 from the field with 5-of-7 free throws to go with six rebounds, one assist and two steals.

The Los Angeles, California native leads the team in scoring at 15.6 points per game and is second in rebounding in 7.7 a game.