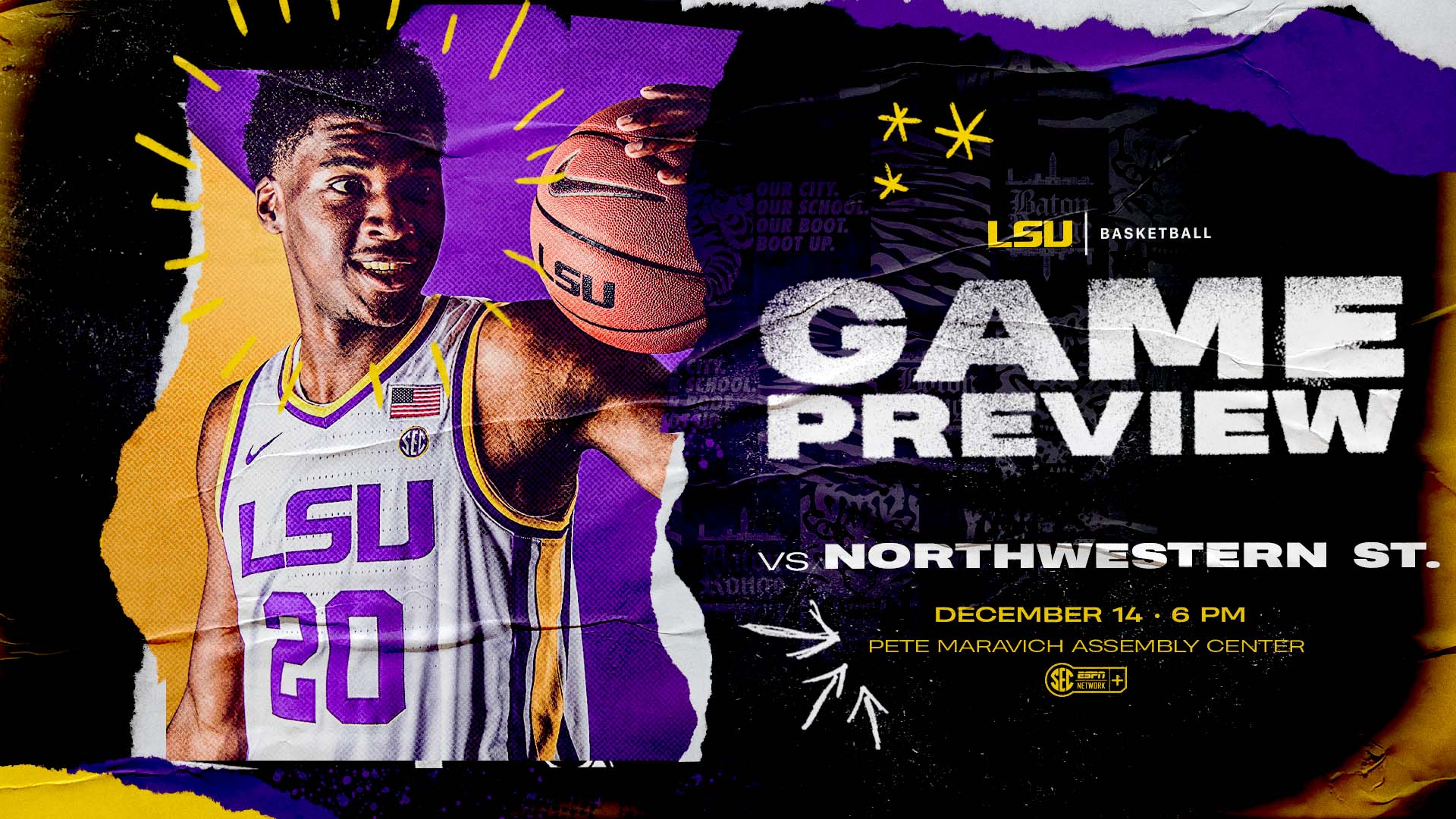 BATON ROUGE – The LSU Tigers basketball team, ranked No. 19 in the Associated Press poll and No. 20 in the Ferris Mowers Coaches Poll announced earlier on Monday, returns to the Pete Maravich Assembly Center on Tuesday to host Northwestern State.

Tip time is earlier for this game at just after 6 p.m. CT and will be broadcast on the affiliates of the LSU Sports Radio Network (Guaranty Media flagship Eagle 98.1 FM in Baton Rouge) with the Voice of the Tigers Chris Blair and former LSU men’s basketball coach John Brady on the call. The SEC Network will televise the game with Kevin Fitzgerald and Dane Bradshaw on the telecast call.

LSU is a perfect 9-0 after a 69-53 victory over Georgia Tech Saturday night at State Farm Arena in Atlanta in the Holiday Hoopsgiving games. Northwestern State won for the second time this season with an 89-67 win over Dallas Christian.

LSU outscored Georgia Tech 60-29 over the final 27 minutes of the game after the Yellow Jackets opened a 15-point first-half lead. Tari Eason, who was the SEC Player of the Week, had 16 of his career high 23 points in the second half and Darius Days pulled down 10 second-half rebounds to take control of the game.

LSU has won 19-of-26 previous meetings with LSU winning 11 times since the series was renewed back in 1989. The teams last met in December 2019.

The Tigers have won 25 consecutive contests against Louisiana schools entering the game.

Freshman center Kendal Coleman leads the Demons in scoring at 15.9 points a game for longtime coach Mike McConathy in his 23rd season in Natchitoches.

Tickets are available online at LSUTix.net and all-day Tuesday at the LSU Athletics Ticket Office. Upper concourse ticket windows at the Maravich Center will open at 5 p.m.