LSU Women’s Basketball Climbs To No. 22 in the AP Poll 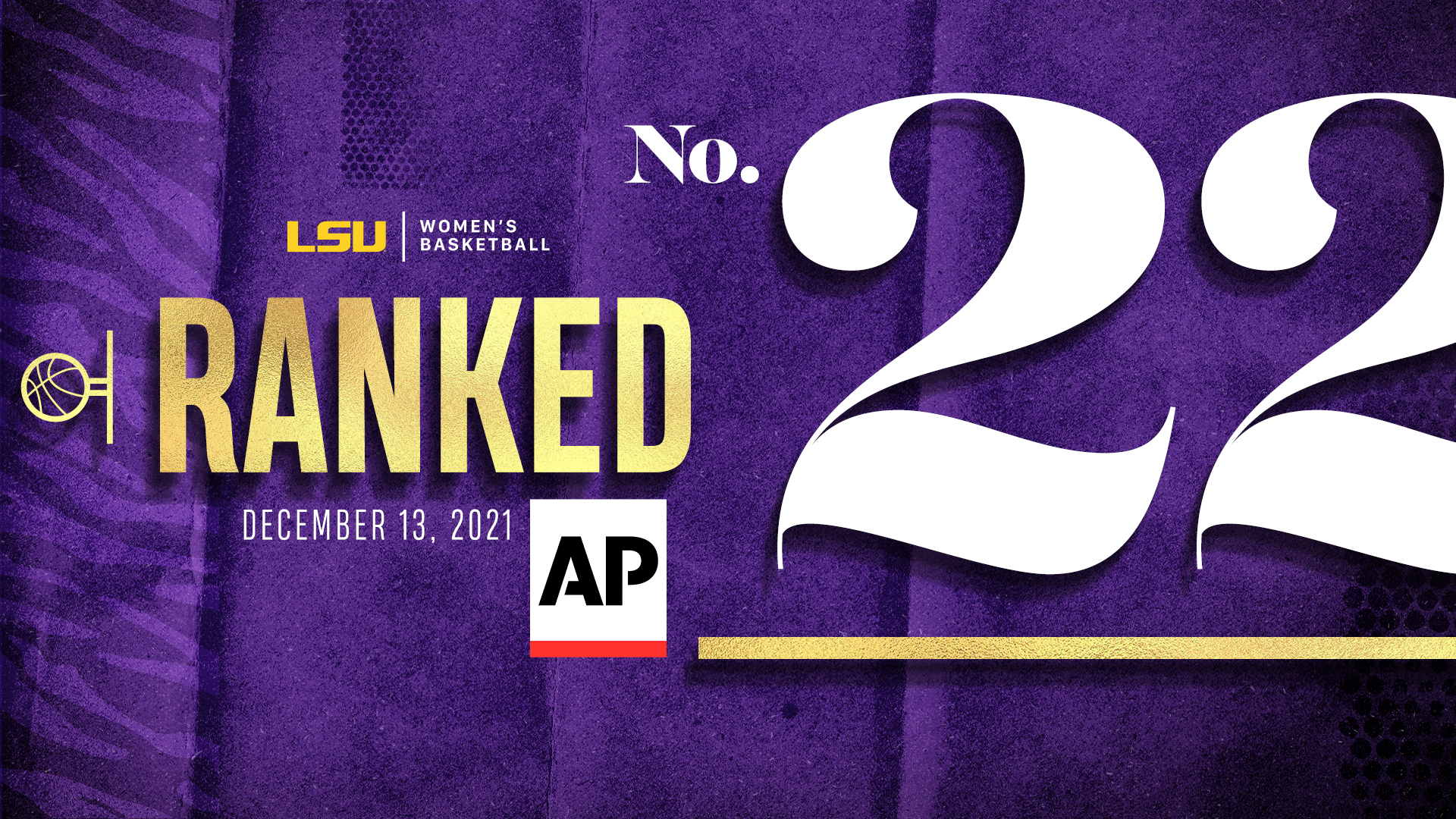 The Tigers (7-1) have won six games in a row and are in the AP Poll for the second consecutive week after being ranked No. 24 last week. The Tigers had a light schedule last week with Final Exams taking place and won their lone game of the week on Sunday against Texas Southern, 96-55.

Leading the scoring efforts for LSU has been the backcourt duo of Khayla Pointer and Alexis Morris. Pointer’s 17.5 points per game is the fourth best in the conference and she has scored double-digits in each of the past five games. Morris has been key to LSU’s success as well, becoming eligible to play prior to the Florida Gulf Coast game and recording double-digits in each of her first seven games playing for the Tigers. She is averaging 13.6 points per game.

During LSU’s lone game of the week against Texas Southern head coach Kim Mulkey saw all13 players that played score the ball. Pointer and Morris scored 13 and 11, respectively, but Faustine Aifuwa led the Tigers with 14 points. Ryann Payne had eight points and she finished with a career-high seven assists while recording no turnovers. Everybody that saw the court in the 96-55 win played at least 11 minutes, providing some rest for the rotation players and allowing some younger players to get great live action experience.

LSU is scheduled to host Alcorn State Wednesday at 6 p.m. CT on the SEC Network and then New Orleans on Saturday at noon before heading to Florida for two games. LSU will take on Clemson and Texas Tech early next week at the West Palm Beach Invitational.