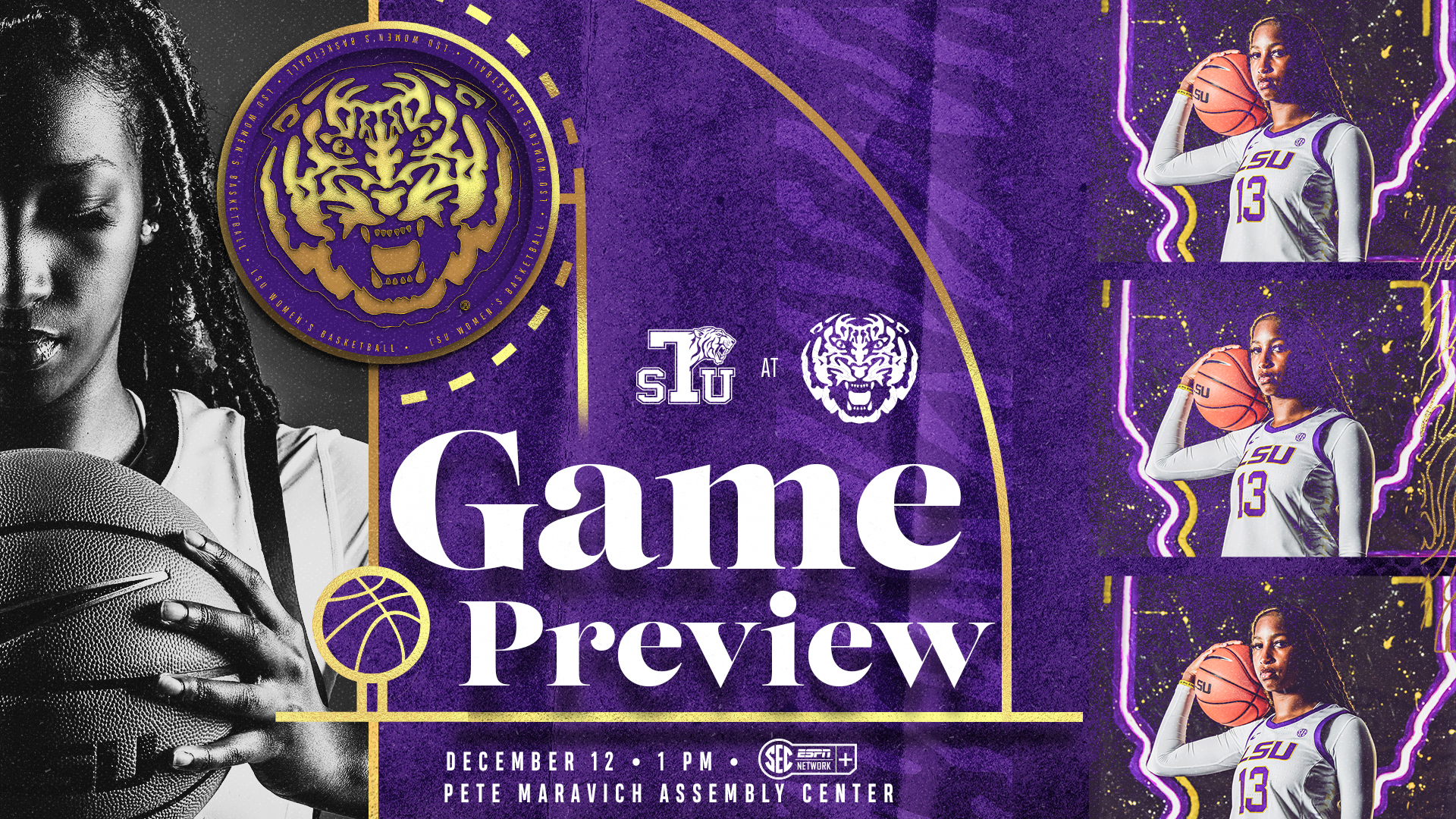 The last time the Tigers took the court they earned the first win over a ranked team of the Coach Kim Mulkey era, knocking off then No. 14 Iowa State, 69-60, propelling them into the AP Top-25 for the first time under Coach Mulkey. LSU has won five straight games.

“It wasn’t just the ranking,” Coach Mulkey explained. “It was beating Missouri State – the locker room after that. It was beating Iowa State. Those little milestones are big, and it tells them hard work pays off. It tells them, hey guys we’re headed in the right direction.”

After Sunday’s game against Texas Southern, LSU will host Alcorn State on Wednesday and then New Orleans on Saturday.

“I think I told them, if what you did yesterday still looks big to you today then you haven’t done much today,” Coach Mulkey said. “You just move on to the next deal and the next deal will be Texas Southern and then it will be Alcorn and then UNO. In between those games, you’re preparing for those games, but you’re also making yourself better.”

Sunday’s game will be available to be streamed on the SECNetwork+ with Lyn Rollins and Victor Howell calling the game. Fans can listen to the game on the LSU Sports Radio Network 107.3 FM in Baton Rouge.

Following the game fans are invited to stick around for autographs with the team on the concourse. This is the only game of the season for autographs.

The backcourt duo of Alexis Morris and Khayla Pointer combined for 45 points in the win over Iowa State. Morris had a career-high 25 and went 5-of-7 from beyond the arc. Ryann Payne played extended minutes in the game when Jailin Cherry went down with an injury in the second quarter. Payne had nine points, including a clutch three in the third quarter, and tied a career-high with five steals. Cherry has been cleared to return to action.

The Tigers have found ways to score the ball more efficiently this season under Coach Mulkey, pushing the ball in transition and knocking down more shots. LSU has shot 44.7-percent from the field this season, the fourth highest mark in the SEC, helping the Tigers average 72.6 points through the first seven games.

“(Texas Southern) has played an unbelievable schedule,” Coach Mulkey said. “Don’t look at the record. She (Coach Cynthia Cooper-Dyke) has a lot of fire in her belly and she’s going to get those kids to playing hard and I know our kids will play hard. This another opportunity for us to get on the floor and get better.”