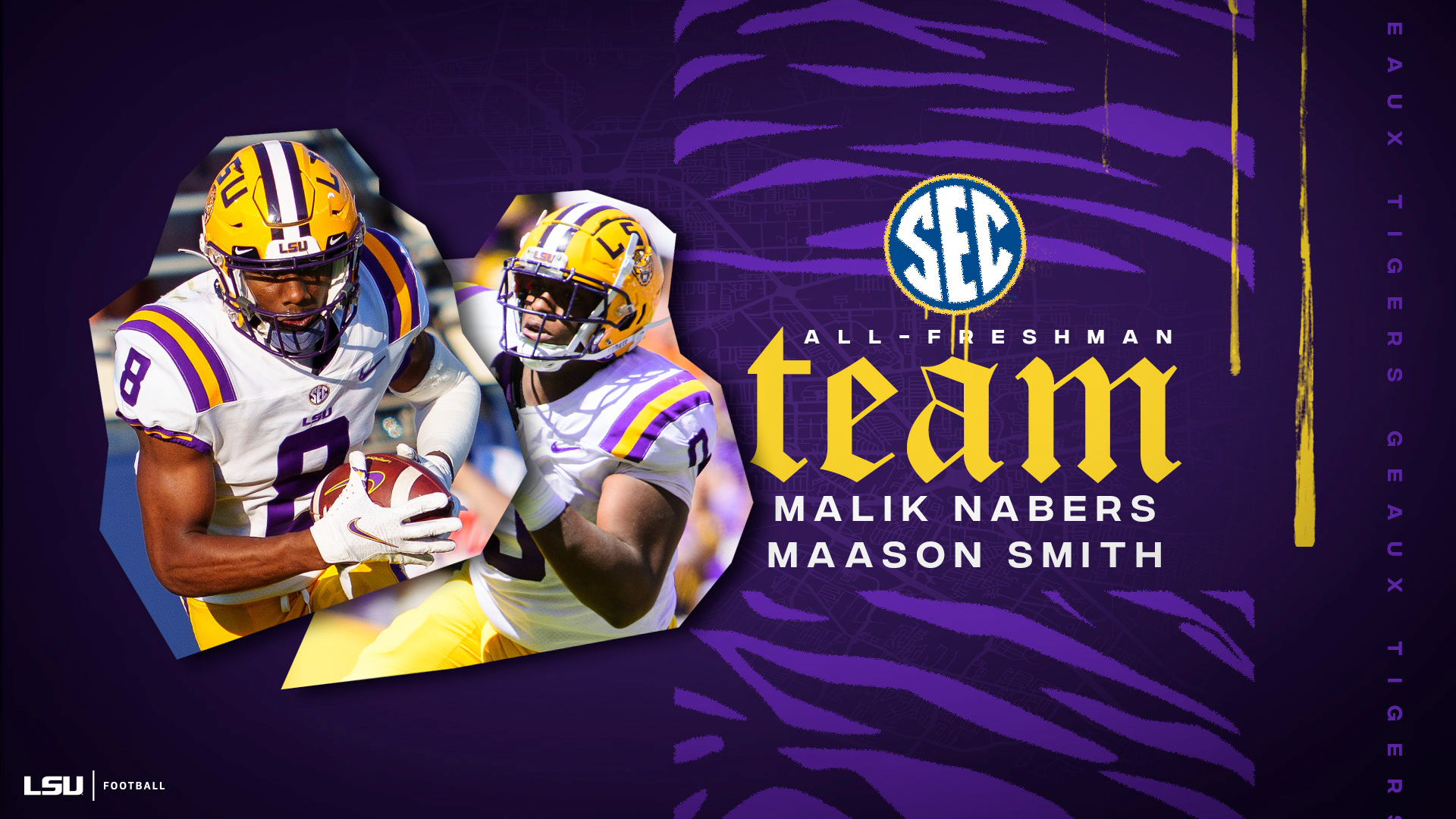 The Freshman All-SEC team is determined by a vote of the league’s coaches.

Smith, from Terrebonne High School, made an immediate impact during his rookie season with the Tigers, playing in eight games with three starts. Smith opened the year at defensive tackle, but shifted to end as the season progressed. His capped his true freshman campaign with 19 tackles, 5.0 tackles for loss and 4.0 sacks.

Smith, who missed the final four games of the season with an injury, had his best outing in the win over McNeese with six tackles and 3.0 sacks. Had also had a sack in LSU’s win over Florida.

Nabers, from Lafayette, Louisiana, played in 10 games with six starts and emerged as one of LSU’s top receivers by the end of the season. He capped his true freshman season with 26 receptions for 400 yards and three touchdowns.

Nabers caught four passes for 143 yards and a touchdown against ULM and then followed that with a career-best six receptions for 51 yards in the season-ending win over No. 14 Texas A&M. Nabers caught TD passes against Kentucky and Ole Miss.