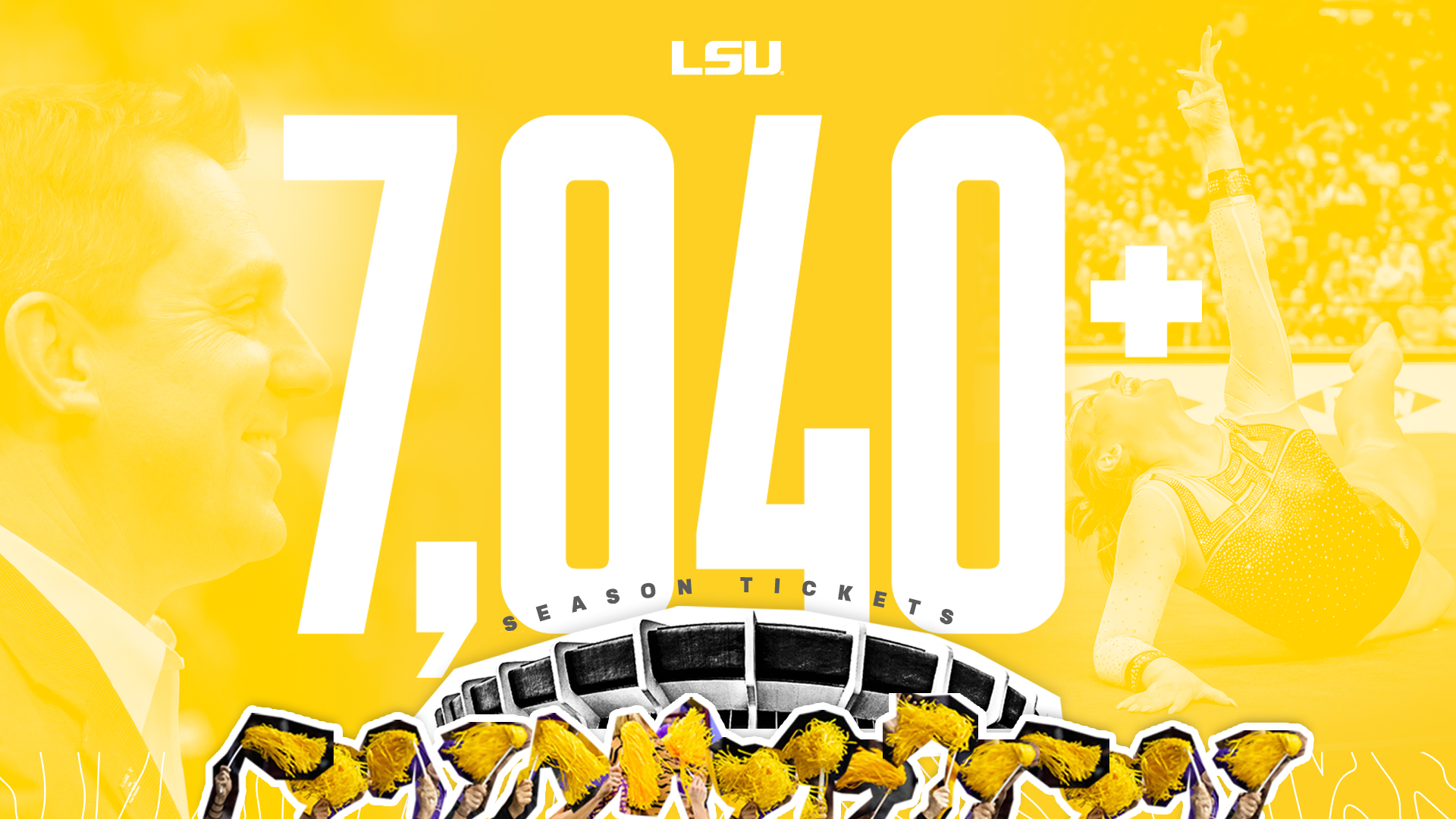 “We could not be more excited to see the continued growth and enthusiasm of our fan base,” Clark said. “It is humbling for us all, and we feel a sense of responsibility to give our fans a great experience. It’s a partnership we have with our fans and we intend to hold up our end of that partnership.

“The goal is to have every single meet sold out and to average 12,000 plus in attendance, and I hope our season ticket holders will help us achieve that. Not only show up but encourage others to come and check us out as well. This is a great milestone, but we also want to continue to grow in every way as a program”

LSU fans have packed the PMAC in addition to purchasing season tickets. The Tigers have finished in the top four of average attendance nationally from 2016-20. LSU set the school record for average attendance with 12,009 fans per meet in 2018 to finish second in the country and No. 1 in the SEC for the first time in school history.

The Maravich Center has proved to be one of the top home-arena advantages in the country. Since 2012, LSU is 60-5 inside the PMAC, including a run of 35 straight wins from 2014-19.

Season tickets are still available at LSUtix.net or by calling the LSU Ticket Office at (225) 578-2184. The Tigers kick off their season on Jan. 7 against West Virginia. Intros will begin at 5:45 p.m.