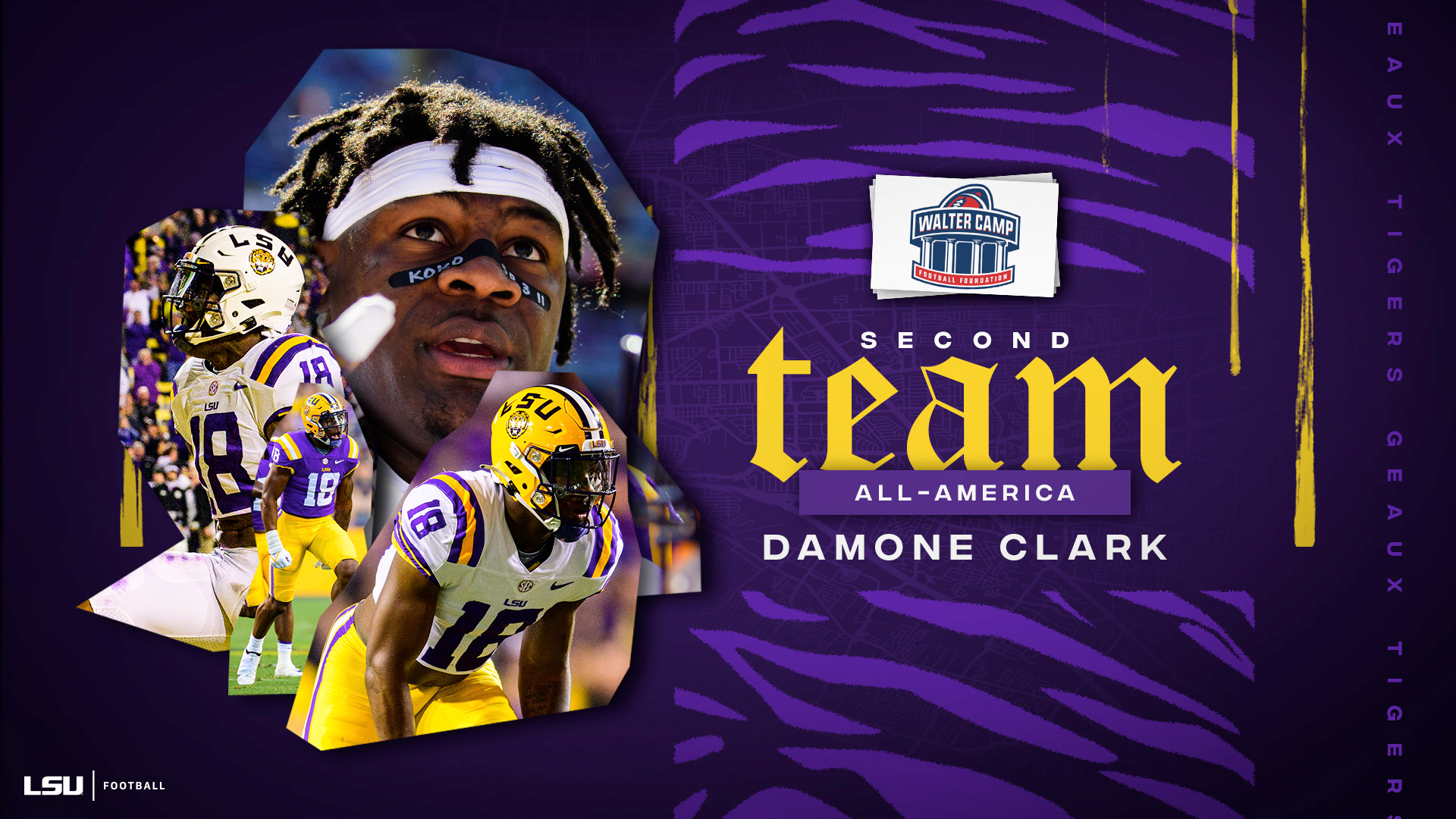 BATON ROUGE – LSU senior linebacker Damone Clark, who ranks No. 2 nationally in tackles with 135, has been named second team All-America by Walter Camp, the organization announced on Thursday.

Clark is one of 13 players from the Southeastern Conference named either first or second team All-America by Walter Camp. Voted on by the 130 Football Bowl Subdivision head coaches and sports information directors, Walter Camp is college football’s oldest All-America team dating back 132 years.

Clark, a two-time SEC Defensive Player of the Week and finalist for the Butkus Award as the nation’s top linebacker, had one of the most productive seasons for a linebacker in school history. His 135 tackles rank as the fourth-highest total in school history and his 15.5 tackles for loss are the most by a Tiger since 2012.

Clark’s 15.5 tackles for loss are the second-most by any linebacker in school history, trailing only Michael Brooks, who had 16 in 1985.

He added an interception and a fumble recovery to go along with three pass breakups and a pair of quarterback hurries for one of the most complete seasons for a linebacker in school history.

Clark added 5.5 sacks, created four turnovers and forced two fumbles. He intercepted a pass in the win over Florida and returned a fumble 35 yards against Mississippi State setting up LSU’s first score of the game in the victory over the Bulldogs.

Clark’s best individual effort came against Ole Miss when he registered 19 tackles – the second-highest total in school history – to go along with a sack for a 9-yard loss, 2.5 tackles for loss and a forced fumble.