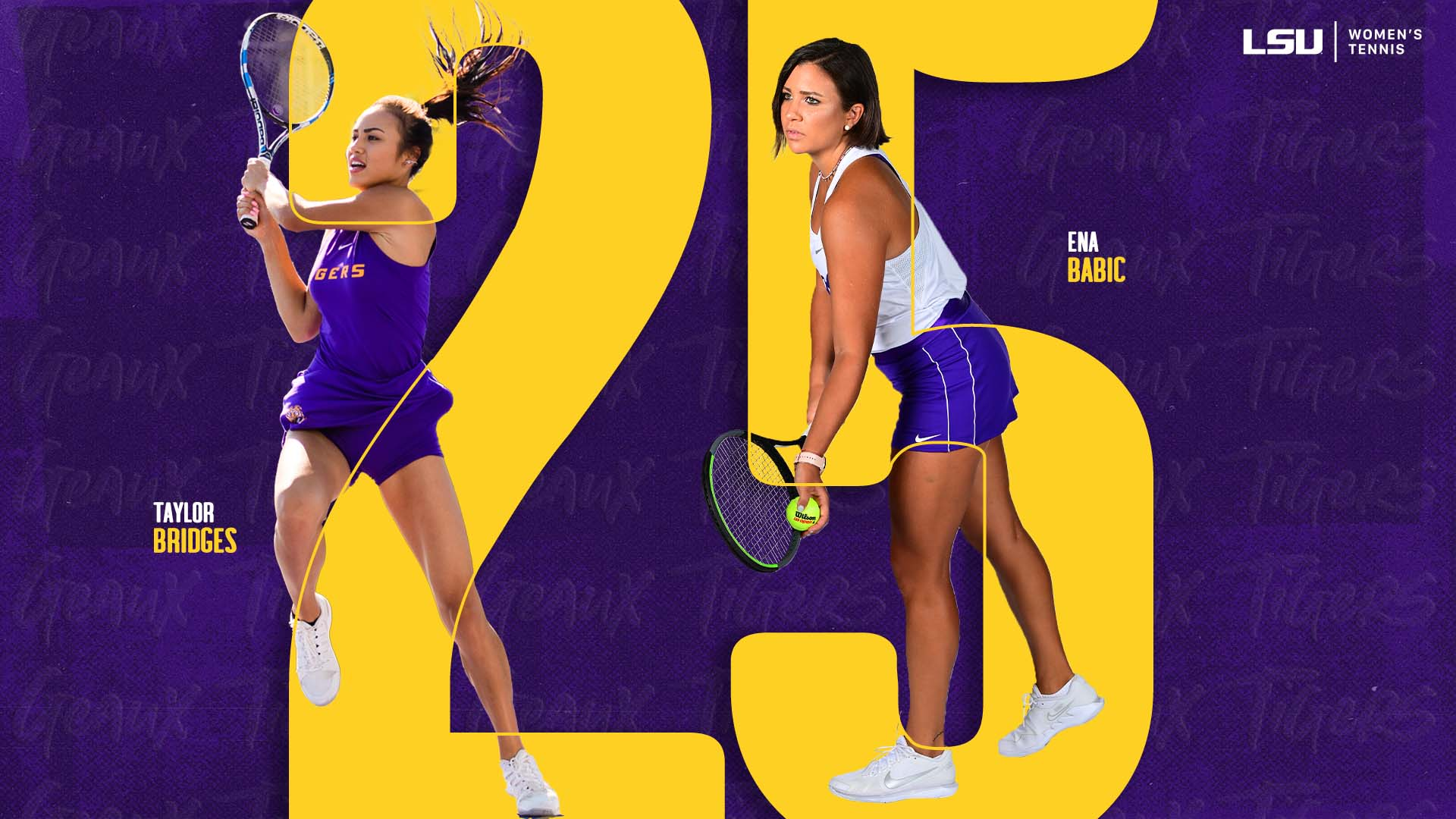 Baton Rouge, La. – Graduate students Ena Babic and Taylor Bridges led the line for the LSU women’s tennis team as they checked in at No. 25 in the latest ITA Doubles Ranking, the ITA announced on Wednesday.

Babic and Bridges moved up 26 spots from their preseason ranking of No. 51. The duo enjoyed a successful fall campaign in doubles, going 5-3 across two tournaments. The Tigers found the most success at the ITA All-American Tournament, where they grabbed four consecutive wins, including three against ranked opponents, on their way to winning the consolation doubles bracket.

Junior Safiya Carrington leapt 42 spots from No. 96 to No. 54 in the singles rankings. Carrington had a strong fall campaign and posted a 7-4 record across three tournaments. Carrington’s best spell came at the ITA Southern Regionals, where she defeated five of the southern region’s best players on her way to a runner-up finish in the singles bracket.

Babic is the final Tiger ranked as she debuts in the singles rankings at No. 92. Babic led the team in overall singles win with an 8-3 record in three tournaments, including one win over a ranked opponent.